‘It's a combination of a few things' 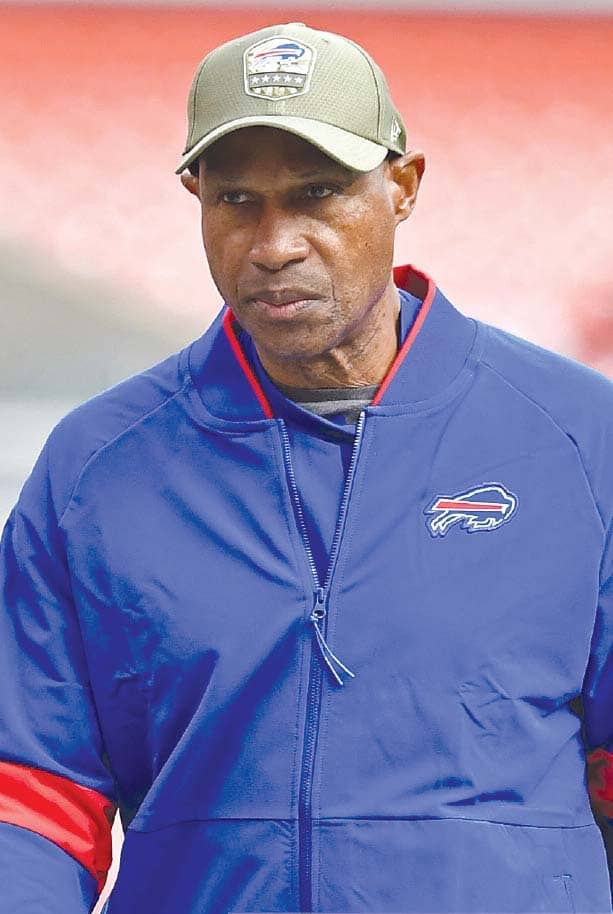 Surprising drop-off on defense has Bills looking for answers

While so much has gone right for the Bills on offense this season, little has gone right for Buffalo on the defensive side of the ball. For more on what might be happening within Buffalo’s defense, here are some highlights from defensive coordinator Leslie Frazier’s recent press conferences.

Q: It’s easy for us arm-chair analysts to sit back and pick apart what’s going wrong with your defense. But from your perspective, what’s gone wrong when it comes to the coverage issues and the struggles against the pass in general so far this season?

LF: Well, it’s a combination of a few things. Being able to play man coverage, we’ve struggled with that a little bit. We’ve even struggled in our zones at times. So you need a combination of rush and coverage to work together in order to have success in the pass defense and we haven’t been able to consistently put that together yet. So we’ll keep working at it, because you have to be able to play some man in our league and you have to be able to mix in zone and have success as well. But that comes back to your ability to rush and not let the quarterback hold onto the ball as long as he has at times, and then being able to get that tight coverage, or having the zone awareness, to make him be able to hold the football a little bit longer to buy our rush some time. So we just haven’t been able to put that together as consistently as we need to and it’s something we’ll have to continue to work on.

Q: We know that Tremaine Edmunds has not been playing at 100 percent in recent weeks. What has he not been doing that he was doing at the end of last season?