If season's a go, the stakes are raised 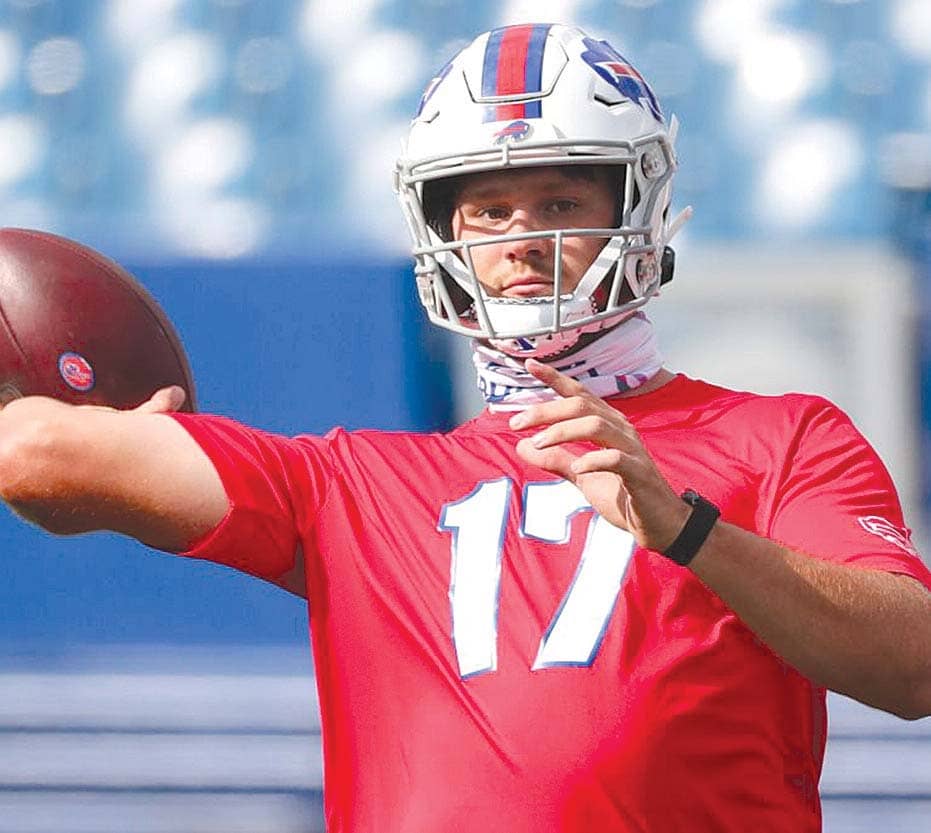 Buffalo’s unofficial start to training camp couldn’t have been any more perfect. At the team’s first session with limited media in attendance, there was speedster John Brown sprinting down the right sideline, linking up with a perfect Josh Allen pass for a 50yard touchdown to end the day.

“Woke up this morning, blue skies in Buffalo,” Bills head coach Sean McDermott said a few days earlier, before recalling a certain legendary Bills coach. “Where else would you rather be right now, right?”

There haven’t been many moments in 2020 when any of us have been able to think that, let alone say it aloud, given the state of the world these days. But the Bills and the NFL are plowing ahead with the hope that they will be able to make it through a full season and do so safely while taking every precaution against the coronavirus.

Here’s hoping that the NFL has learned the right lessons from the other sports leagues that have opened back up so far. Some, such as the NBA and the NHL, have nailed it. Others — here’s looking at you, baseball! — have showed us what not to do in the face of a dangerous epidemic.

We all could use a diversion right now. We could all use some football. And it just so happens that if we are able to actually make it through a season, this Bills team has the talent to make a legitimate championship run.

The Bills have been trending upward ever since Sean McDermott and Brandon Beane arrived a little over three years ago, and the Bills are approaching the sweet spot in that trajectory. Their window is opening. McDermott recently received a contract extension that locks him up through 2025. Buffalo gave its franchise left tackle, Dion Dawkins, a contract extension through 2024. It seems like only a matter of time until Beane and star cornerback Tre’Davious White get big extensions of their own.