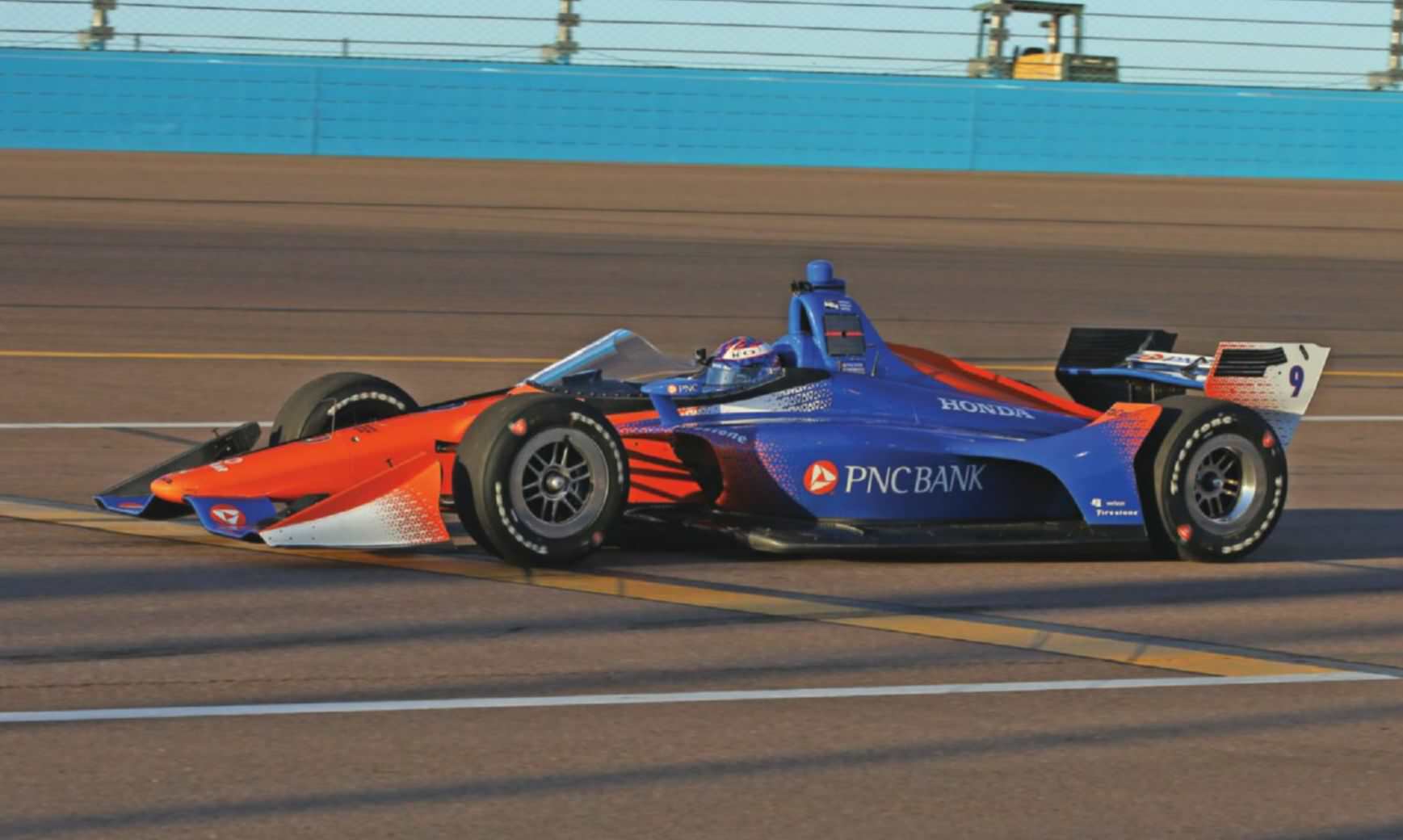 “NO GAME-STOPPERS” WAS THE PHRASE used by Scott Dixon and echoed by IndyCar director of engineering and safety JeffHorton after the first test of IndyCar’s aero screen, which has now become ‘windscreen’ in IndyCar parlance.

Following simulator tests by 2014 Indy Lights champion Gabby Chaves, the device was trialled on track for the first time at the newly renamed ISM Raceway in Phoenix last Thursday. The #9 Chip Ganassi Racing Dallara-Honda was the first car to have it fitted and Dixon lapped the 1.022mile course in 4.30pm sunlight, then dusk and finally darkness, trying to replicate the various lighting conditions that will be encountered by drivers once – if – the screen becomes standard.

Dixon said the PPG-built device – made of a proprietary Opticor advanced-transparency material as used in its production of fighter-jet canopies – felt “different” and there was a very slight magnification but no distortion. In fact the four-time champion was generally positive, but noted the two major side-effects that couldn’t have been confirmed in a sim.