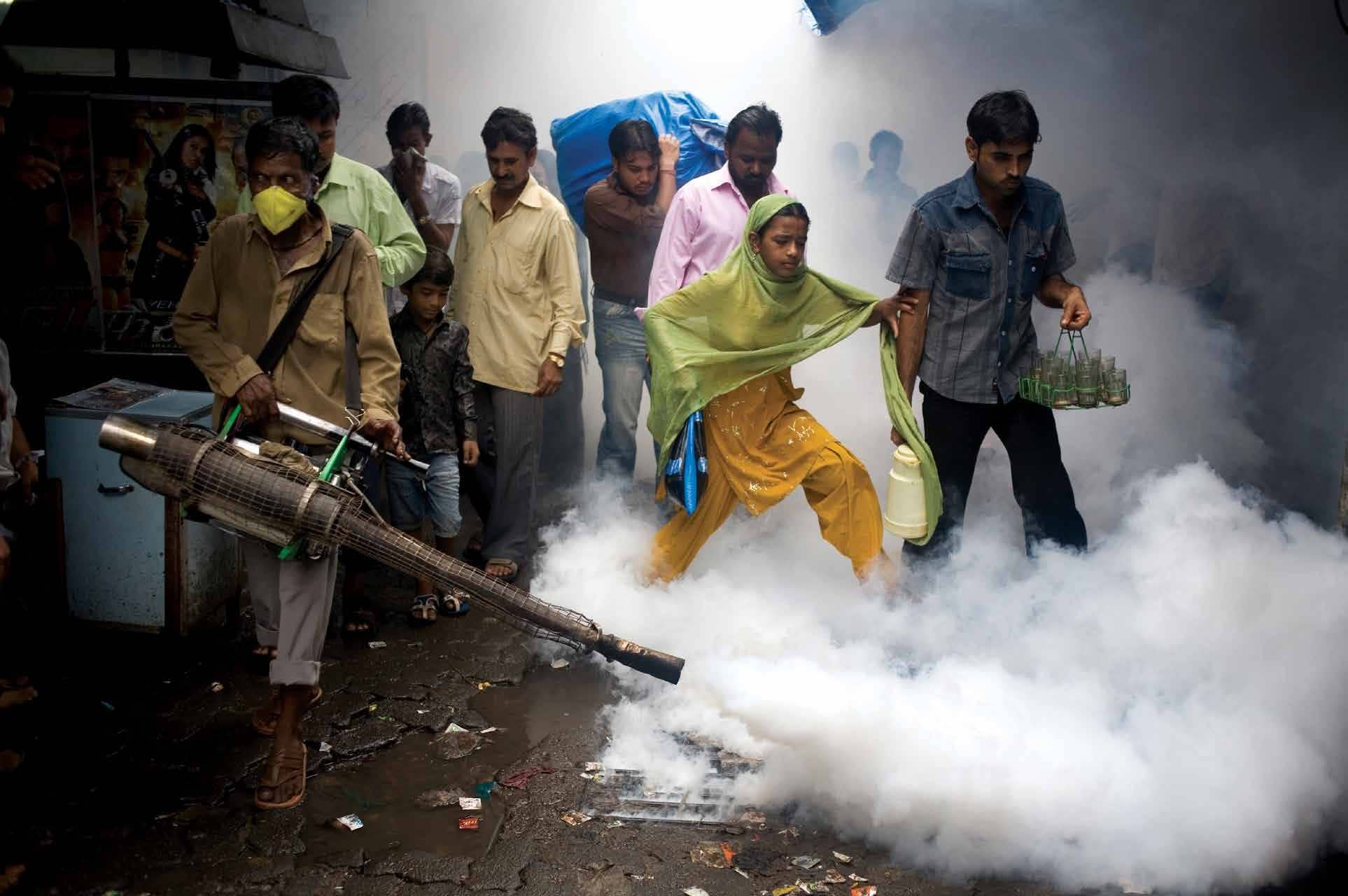 In 1996, Delhi saw a major outbreak of dengue haemorrhagic fever, the worst any city had seen for the disease since Calcutta in 1963. Roughly ten thousand people fell sick, and more than six hundred died. That year, the Delhi municipal corporation set up a unit called Domestic Breeding Checkers to perform important tasks needed to prevent the spread of infectious diseases such as dengue, chikungunya and malaria. Today, Delhi has 3,500 DBCs.

“Our work begins in February every year when we go door-to-door to look for stagnant water in people’s houses and on terraces,” Debanand Sharma, who has been a DBC since the cadre’s inception, told me. “We make them aware of infectious diseases and the way they spread. Whenever needed, we also distribute temephos granules which helps in killing larvae of mosquitoes to prevent breeding.”

This year, those activities started in late April, delayed by roughly two-and-a-half months. “We have been on COVID-19 duty since February,” Sharma, who is also the president of the AntiMalaria Ekta Karamchari Union of Delhi, told me. “Our task was shifted to sanitising all premises in Delhi.” He said that the DBCs are worried about the possible spread of other infections as their activities have been delayed. “The government has asked us to perform both the duties now: to sanitise for COVID-19 as well as do our regular door-to-door checking for other infections,” Sharma said. “But this is not practically possible.”Besides the increased workload, there are other concerns as well. “People are not welcoming us in their houses as they are scared of coronavirus,” he said. “We cannot carry out our job.”

Regular health services and programmes have been affected due to COVID-19 across the country. With the beginning of the monsoon, the spectre of infectious diseases such as malaria and dengue is looming. In many states, the abruptly announced lockdown disrupted preventive activities carried out by state governments ahead of the season. Even though these services are now being resumed, COVID-19 has stressed health infrastructure to such an extent that other infectious diseases are likely to wreak havoc. The gains made in combatting malaria and tuberculosis could be set back by several years.

Kerala received its first monsoon showers in early June and has already seen 425 confirmed cases of dengue, with one death. The total number of dengue cases in the state until 20 June this year has been 1,571—as compared to last year, where there were 815 cases for the same time period.

Recent data from states such as Odisha, Chhattisgarh and Jharkhand shows that the spread of malaria has already started. Odisha sees a high number of malaria cases every year. In March, the state registered 2,832 malaria cases, an increase of 12 percent from March 2019. By April, there were 2,921 cases. It is worrying that the number of cases increased despite an 18 percent drop in testing from March to April, possibly due to the lockdown. Had testing rates been maintained, the government would have found a higher number of cases. In other words, many people with malaria are missing from the statistics for April, and most likely for May as well. Districts such as Malkangiri, Rayagada, Koraput and Kalahandi are among the worst affected.

This is a huge setback for the state, which had controlled malaria successfully over the last few years through its Durgama Anchalare Malaria Nishkraman, or DAMAN, project. According to the World Health Organisation’s World Malaria Report 2018, there was a 24-percent reduction in malaria cases in India from 2016 to 2017 on account of a reduction of 81 percent in Odisha.