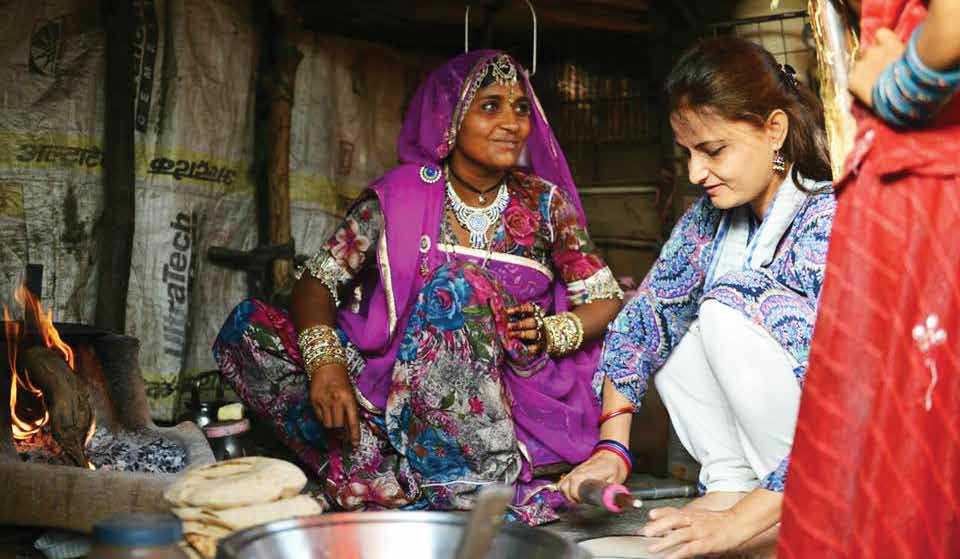 As Zahida Shabnam, a history professor and a television anchor, stepped into one of the ghettoes of the Gadiya Lohar community in Jaipur on a sunny Saturday recently, the women there did not seem too keen to let her mingle with them. in her blue cotton kurti, Shabnam seemed to typify to them an NGO worker. prejudice raised its hood in minds of the women of the nomadic tribe, in their colourful ghaghras and vibrant rajasthani ornaments.

“They were not too happy about the local NGO workers they were familiar with,” says Shabnam. These workers would just click pictures, make promises, but never return to do any real work, they complained to her when the ice was broken. For that to happen, Shabnam had to tell them that she was there to actually understand the lives of the Gadiya Lohars, to know the community and its culture better. on the spot she found hersef invited to a Gadiya Lohar wedding that was taking place the same day. The women gave her a black and golden ghaghra and some of their lighter ornaments. Shabnam says she never imagined it would happen, but found herself joining the women in their traditional dance, with which the baraat begins. “in their community, women do not accompany the baraat, but the men asked me to join them if i wished. it was such a big gesture on their part. i did not go, as i didn’t have enough time. i stayed with the women instead, and helped them cook lunch, and mingled with their children,” she says. By the time she was leaving, such a good bond had been formed with them that the farewell was an emotional affair.