The Entrepreneurs Who Shaped 2015 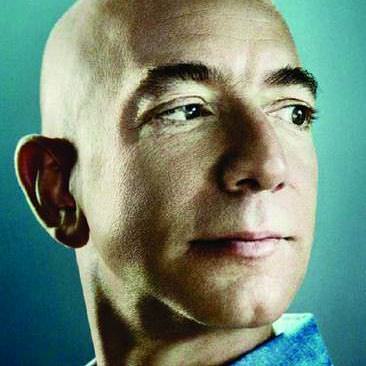 The entrepreneurs who shaped 2015.

Another year is in the books. Big ideas, big gambles and big changes dominated 2015. Some businesses looked to the cloud; others looked to the stars. Emerging brands broke into the mainstream, established firms reinvented themselves and a 25-year-old pop phenom tangled with almighty Apple— and won. Here are the entrepreneurs behind the milestone moments that defined the year that was.

JEFF BEZOS CONTINUED rewriting the book on retail in 2015. Long the world’s largest internet retailer, Amazon.com in the second quarter toppled brick-and-mortar goliath Wal-Mart to become Earth’s biggest retailer, reaching a valuation of $272 billion. The company credited its growth spurt to increased product selection in emerging categories like fashion, as well as citing a direct correlation between higher spending and accelerated delivery options, including the one-hour Prime Now, launched in late 2014.

Amazon is no longer solely about physical merchandise, of course. The Amazon Prime streaming platform has emerged as a viable rival to Netflix, HBO and other prestige content providers thanks to acclaimed original series like Transparent (winner of Amazon’s first-ever Emmy Awards) and Catastrophe. Amazon is also a cloud giant: Its AWS unit, which sells cloud computing and data storage services, grew 81 percent year over year in Q2 to $1.8 billion.

Not all news was good news. A bombshell New York Times exposé published in August depicted Amazon as a cutthroat environment that rewards staffer cruelty and backstabbing. In a memo to employees, Bezos said he doesn’t recognize the “soulless, dystopian workplace” described in the article and requested that anyone experiencing abuse report it immediately to HR or directly to him.

“I strongly believe that anyone working in a company that really is like the one described in the NYT would be crazy to stay,” Bezos added. “I know I would leave such a company.”

If Bezos ever did exit Amazon, he’d have a range of options. Two years ago, he acquired the venerable Washington Post, and in 2015 his consumer space-travel startup Blue Origin (founded in 2000 but quiet until recent months) pledged to invest roughly $200 million to build rockets and capsules in Florida, sending them into orbit from a long-dormant Cape Canaveral launch pad. Blue Origin has already completed an unmanned test flight, launching a reusable rocket named New Shepard to an altitude of 58 miles above west Texas. The firm also signed agreements to build rocket engines for United Launch Alliance, a partnership between Boeing and Lockheed Martin. Bezos has even proclaimed that his cosmic vision includes someday holding a news conference from space. Which would be entertaining, no doubt, but probably not as good as Catastrophe.

THINK IT’S CHALLENGING running one startup? Try leading two. And not just any, but two of the most influential firms in Silicon Valley.

Such is the Herculean workload shouldered by Jack Dorsey, who this year returned to Twitter, the social media platform he co-founded in 2006, as interim CEO following the resignation of longtime chief Dick Costolo. Dorsey spent the summer juggling Twitter alongside his duties as CEO of digital payments provider Square. Despite the reservations of Twitter board members who said they would consider only replacements “who are in a position to make a full-time commitment to Twitter,” he was awarded the top job on a permanent basis on Oct. 5 and allowed to retain the Square gig as well.

“Twitter is the most powerful communications tool of our time,” Dorsey tweeted (of course) following his appointment. “Our work forward is to make Twitter easy to understand by anyone in the world, and give more utility to the people who love to use it daily!”

It won’t be easy. Though Twitter boasts 316 million monthly active users generating 500 million tweets each day, the platform has struggled to extend beyond its niche user base of journalists, celebrities and other “influencers” to penetrate the mass market. The new Moments feature, launched two days after the Dorsey hire, aims to simplify the Twitter experience by curating the most relevant content from major events.

Square, meanwhile, continues to evolve, and on Oct. 14 filed to go public in a bid to raise $275 million. The company revealed that revenue rose 54 percent last year to $850.2 million, but losses widened from $104.5 million to $154.1 million. With its core retail-transaction business threatened by competition from Amazon, PayPal, Stripe and others, Square is targeting new segments like business lending, payroll services and even food delivery. Analysts have expressed concern about a lack of focus, and doubling Dorsey’s workload won’t help. “[Twitter] may at times adversely affect his ability to devote time, attention and effort to Square,” the firm said in its securities filing.

Still, potential synergies could make the risks worth it. In September, Twitter announced that users would be able to donate to political campaigns directly from the app via Square technology. And there have been timeshare CEOs before: Dorsey’s hero, Steve Jobs, did double duty as chief of Apple and Pixar, masterminding projects including the iPod, iTunes and Finding Nemo. If Dorsey can come anywhere near those heights, maybe Aaron Sorkin will write a movie about him, too.

FORGET ARVEL CRYNYD: Kathleen Kennedy is the unsung hero of the Star Wars universe. The most prolific female filmmaker in Hollywood, she has produced or executive produced more than 60 films that have grossed $11 billion worldwide and collectively earned 25 Academy Awards. Her credits include popcorn hits E.T. the Extra-Terrestrial, Jurassic Park and the Indiana Jones and Back to the Future trilogies, as well as Oscar favorites ranging from Who Framed Roger Rabbit to Schindler’s List.

Yet Kennedy has spent her career overshadowed by boy-wonder collaborators like Steven Spielberg (her co-founder in Amblin Entertainment) and Star Wars creator George Lucas … until now. In 2012 she was named president of the Lucasfilm production company soon after The Walt Disney Co. acquired it from Lucas for more than $4 billion. The first feature-length project under Kennedy’s authority, Star Wars: The Force Awakens, is due Dec. 18; directed by J.J. Abrams and bringing back original stars Harrison Ford, Carrie Fisher and Mark Hamill, the film is expected to shatter boxoffice records. Amobee Brand Intelligence predicts a debut of up to $539.5 million, which would beat the record of $524.1 million held since June 2015 by Jurassic World.