Out There, Nobody Can Hear You Scream 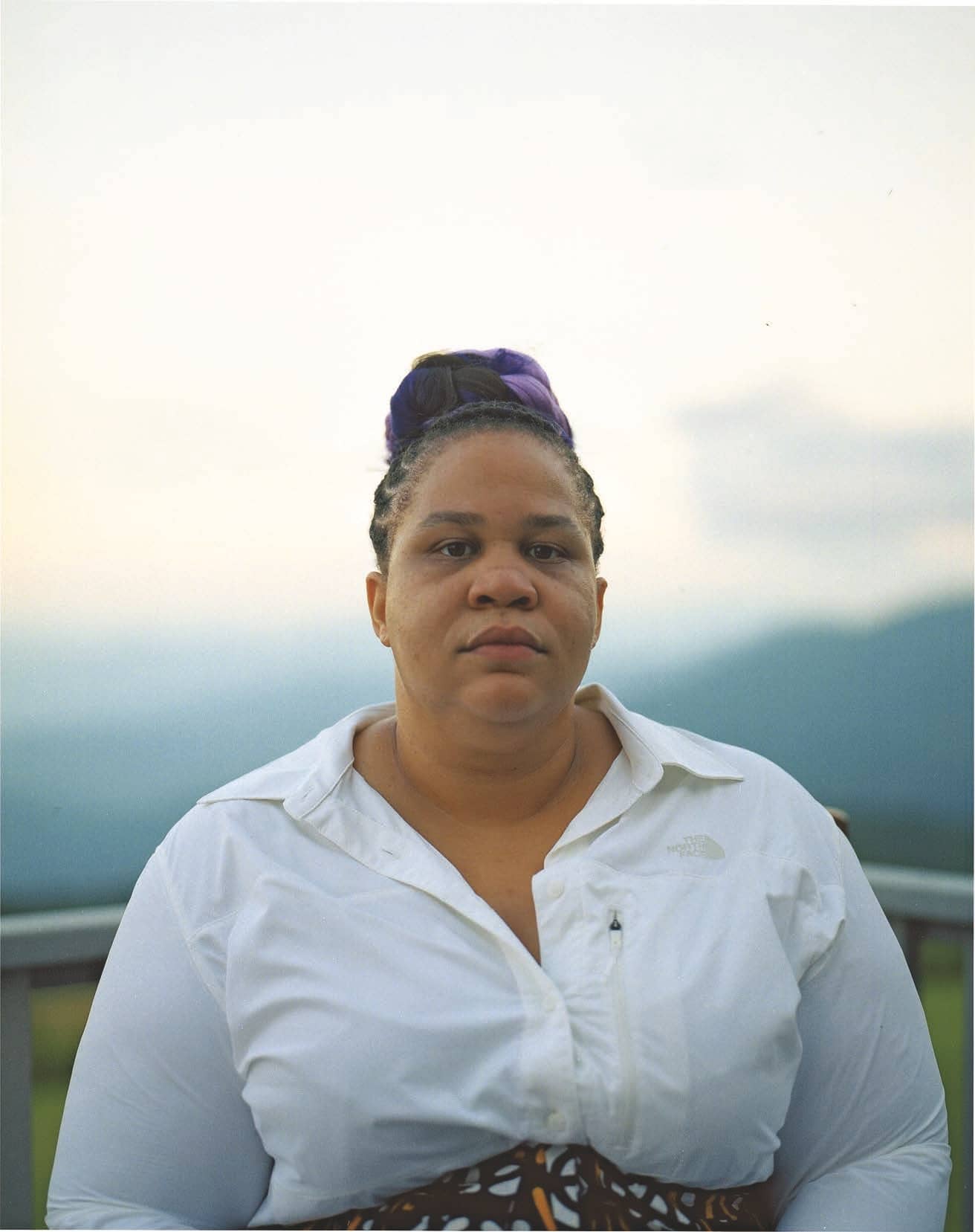 Two years ago, LATRIA GRAHAM wrote about the challenges of being Black in the outdoors, and countless readers asked her for advice. She didn’t write back, because she had no idea what to say. In the aftermath of a revolutionary summer, she responds.

IN THE SPRING OF 2019, RIGHT BEFORE I LEAVE FOR MY WRITING RESIDENCY IN GREAT SMOKY MOUNTAINS NATIONAL PARK, MY MAMA TRIES TO GIVE ME A GUN. A RUGER P89DC THAT USED TO BELONG TO MY DADDY, IT , S ONE OF THE FEW THINGS SHE KEPT AFTER HIS DEATH. EVEN THOUGH SHE DOESN'T KNOW HOW TO USE IT, she knows that I do. She’s just had back surgery, and she’s in no shape to come and get me if something goes wrong up in those mountains, so she tries to give me this. I turn the gun over in my hand. It’s a little dusty and sorely out of use. The metal sends a chill up my arm.

Even though it is legal for me to have a gun, I cannot tell if, as a Black woman, I’d be safer with or without it. Back in 2016, I watched the aftermath of Philando Castile’s killing as it was streamed on Facebook Live by his girlfriend, Diamond Reynolds. Castile was shot five times at close range by a police officer during a routine traffic stop, when he went to reach for his license, registration, and permit to carry a gun. His four-year-old daughter watched him die from the back seat. In his case, having the proper paperwork didn’t matter.

I’ll be in the Smokies for six weeks in early spring, the park’s quiet season, staying in a cabin on my own. My local contact list will be short: the other writer who had been awarded the residency, our mentor, maybe a couple of park employees. If something happens to me, there will likely be no witnesses, no one to stream my last moments. When my mother isn’t looking, I make sure the safety is on, and then I put the gun back where she got it. I leave my fate to the universe.

Before I back out of our driveway, my mama insists on saying a protective blessing over me. She has probably said some version of this prayer over my body as long as I’ve been able to explore on my own.

IN 2018, I WROTE an article for this magazine titled “We’re Here. You Just Don’t See Us,” about my family’s relationship to nature and the stereotypes and obstacles to access that Black people face in the outdoors. As a journalist, that piece opened doors for me, like the residency in Great Smoky Mountains National Park. It also inspired people to write me.

Two years later, the messages still find me on almost every social media platform: Twitter, Instagram, even LinkedIn. They come through my Gmail. Most of them sound the same—they thank me for writing the article and tell me how much it meant to them to see a facet of the Black experience represented in a major outdoor magazine. They express apprehension about venturing into new places and ask for my advice on recreating outside of their perceived safety zone. They ask what they can do to protect themselves in case they wind up in a hostile environment.

Folks have their desires and dreams tied up in the sentences they send me. They want to make room for the hope that I cautiously decided to write about in 2018.

Back then, as a realist, I didn’t want my essay’s ending to sound too optimistic. But I still strayed from talking about individual discrimination in the parks, often perpetrated by white visitors, like the woman who recently told an Asian American family that they“can’t be in this country” as they finished their hike near Mount Tamalpais in Marin County, California, this past Fourth of July. Or the now-famous “BBQ Becky” who called the police on two Black men at Lake Merritt in Oakland, California, in 2018, for using a charcoal grill in a non-charcoal grill-designated area. Nor did I mention that when I venture into new spaces, I am always doing the math: noting the lengths of dirt roads so I know how far I have to run if I need help, taking stock of my gas gauge to ensure I have enough to getaway.

I have been the target of death threats since 2015, when I started writing about race. I wasn’t sure if magazine readers were ready for that level of candid conversation, so in 2018 I left that tidbit out.

There are risks to being Black in the outdoors; I am simply willing to assume them. And that’s why I struggle to answer the senders of these messages because I don’t have any tips to protect them. Instead, I invoke magical thinking, pretending that if I don’t hit the reply button, the communication didn’t happen. Sometimes technology helps: when I let the message requests sit unaccepted in Instagram, the app deletes them after four weeks.

I deem myself a coward. I know I am a coward. There are two messages that still haunt me. The first is an e-mail from a woman who wanted to know what she and her brown-skinned husband should do if they encounter another campground with a Confederate flag hanging in the check-in office. She described to me a night of unease, of worrying if they and their daughter would be safe. I filed her e-mail so deep in my folders that I don’t even think I can find it anymore. I was dying to forget that I had no salve for her suffering.

The second was even more personal. It came via Facebook Messenger, from a woman named Tish. In it she says: “I came across a read of yours when I was searching African Americans and camping. I want to rent an RV and go with my family. I live in Anderson S.C. Had a daughter that also attended SCGSAH. Is there a campground you recommend that is not too far and yes where I would feel comfortable? Thank you.”

The signaling in it, of tying me to her daughter, examining my background enough to offhandedly reference the South Carolina arts high school I attended and saying, Please, my daughter is similar to you.

I leave her message in the unread folder. These women have families, and they too are trying to pray a blessing over the ones they love while leaving room for them to play, grow, and learn—the same things their white peers want for their offspring. In their letters, they hang some of their hopes for a better America on me, on any advice I might be able to share.

I haven’t written back because I haven’t had any good advice to offer, and that is what troubles me. These letters have been a sore spot, festering, unwilling to heal.

Now, in the summer of 2020, there are bodies hanging from trees again, and that has motivated me to pick up my pen. Our country is trying to figure out what to do about racial injustice and systemic brutality against Black people. It’s time to tell those who wrote to me what I know. 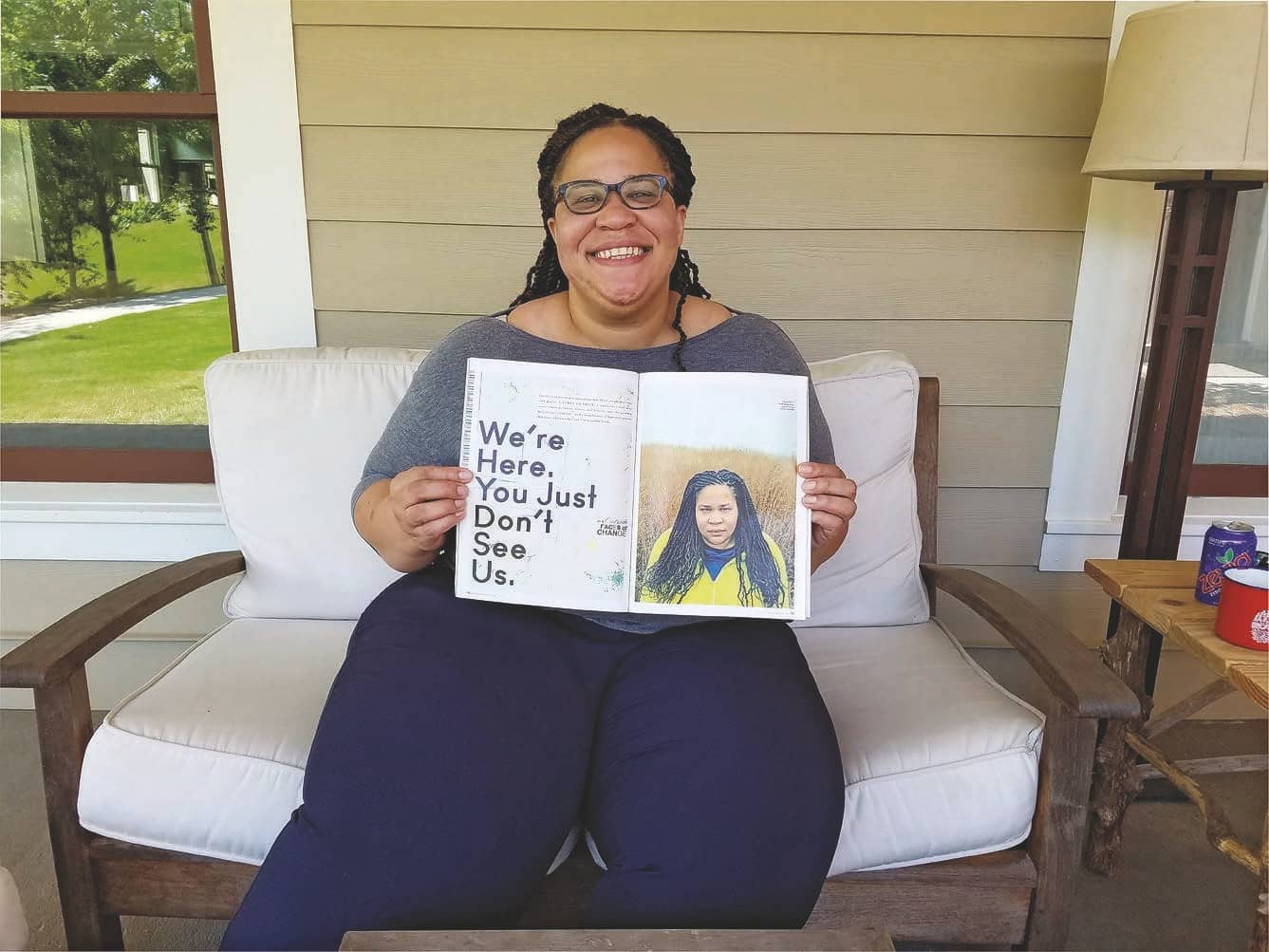 DEAR TISH, ALEX, Susan, and everyone else:

I want to apologize for the delayed reply. It took a long time to gather my thoughts. When I wrote that article back in 2018, I was light on the risks and violence and heavy-handed on hope. I come to you now as a woman who insists we must be heavy-handed on both if we are to survive.

I write to you in the middle of the night, with the only light on the entire street emanating from my headlamp. Here in upstate South Carolina, we are in the midst of a regional blackout. My time outdoors has taught me how to sit with the darkness— how to be equipped for it. Over the years, I have found ways to work within it, or perhaps in spite of it. If there’s anything I can do, maybe it’s help you become more comfortable with the darkness, too.

But before I tell you any more, I want you to understand that you and I are more than our pain. We are more than the human rights moment we are fighting for.

It isn’t an exaggeration to say that the Outside article changed my life. People paid me for speaking gigs and writing workshops. They put me on planes and flew me across the country to talk about equity, inclusion, and accountability. I know the statistics, the history, the arguments that organizations give about why they have no need to change. I call them on it.

I have to apologize for not being prepared for the heaviness of this mantle at the time. I have to admit my hesitation back then to call white supremacy and racism by their names. The unraveling of this country in the summer of 2020 has forced me to reckon with my actions, my place in the natural world, and the fact that as a Black woman writer in America, I am tasked with telling you a terrible truth: I am so sorry. I have nothing of merit to offer you as protection.

I am reluctant to inform you that while I can challenge white people to make the outdoors a nonhostile, equitable space where you can be your authentic selves, when the violence of white supremacy turns its eyes toward you, there’s nothing I can give you to protect yourself from its gaze and dehumanization.