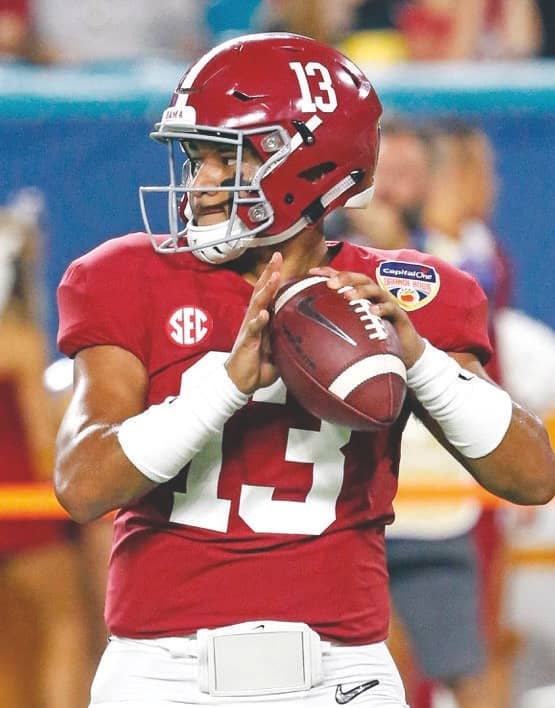 Here were the highlights of General Manager Chris Grier and Head Coach Brian Flores’ video conference calls after each day of the 2020 NFL draft.

Q. What was it about QB Tua Tagovailoa that really set him apart and made him the right selection for this franchise at 5?

Chris Grier: We’ve always talked about going through the process. Brian, myself, the coaching staff and scouts – watching him for a couple years and finally getting – meeting him at the Combine and getting to know him and find out what type of person he really is, which we all heard great things. You really get to sit down and talk to people and you don’t really truly know – I think for us, it was going through our process. There were a lot of talented players and we really liked Tua and we felt very comfortable at the end of the day that he would be a fit here and bringing him here.

Q. With QB Tua Tagovailoa’s injury history, how much of a gamble do you think this pick is for the Dolphins?

CG: Like we talked about before, football is a violent game. Guys are going to get hurt. So, for us, we did a lot of work on him as we do with every player. Our training staff and doctors, led by (Head Athletic Trainer) Kyle Johnston, does a fantastic job. So, we’re very comfortable.

Q. How did you guys decide on QB Tua Tagovailoa? You obviously had some options at quarterback at 5. Why did he win out over the other options you had?

CG: I would say just going through our process. Obviously, we have a criteria at every position. So the same with Tua, the same with Austin Jackson, same with Noah (Igbinoghene). We’re happy with all three selections, comfortable with all three guys. But specific to the quarterback, there were a lot of good players at the position. We talked about every one of them. We did our homework on every one of them. We’ve been in Zoom meetings for multiple days, multiple weeks. At the end of the day, we felt like that was the best choice for the Miami Dolphins.

Q. How did you guys navigate maybe the reports and smokescreen season, so to speak? It seemed like every single day there was something new coming out. How did you guys handle that in your decision to stick at number 5 and believe Tua Tagovailoa would be there?

Brian Flores: We didn’t know where a lot of this stuff was coming from, to be honest. You guys probably know better than we do as far as where this information was coming from. It was very interesting, to say the least. It’s something that we talk about, really, on a daily basis. “Did you see that? Did you hear this? That’s interesting.” That’s really more of my question to you guys (in the media). Where did all this come from?

Q. I want to ask you about that last pick there at 30 with CB Noah Igbinoghene. What made you guys want to go with a corner there?

CG: Best player on the board for us. We felt really good about Noah. We got to know him. This is a passing league as everyone says. You can never have enough corners. … Brian came from a really good defensive team when we hired him and they had a lot of corners. At the end of the day, the way this league is offensively, it’s a premium position and the more you have, the better. It breeds competition. (He’s a) competitive kid that we really liked in the process.