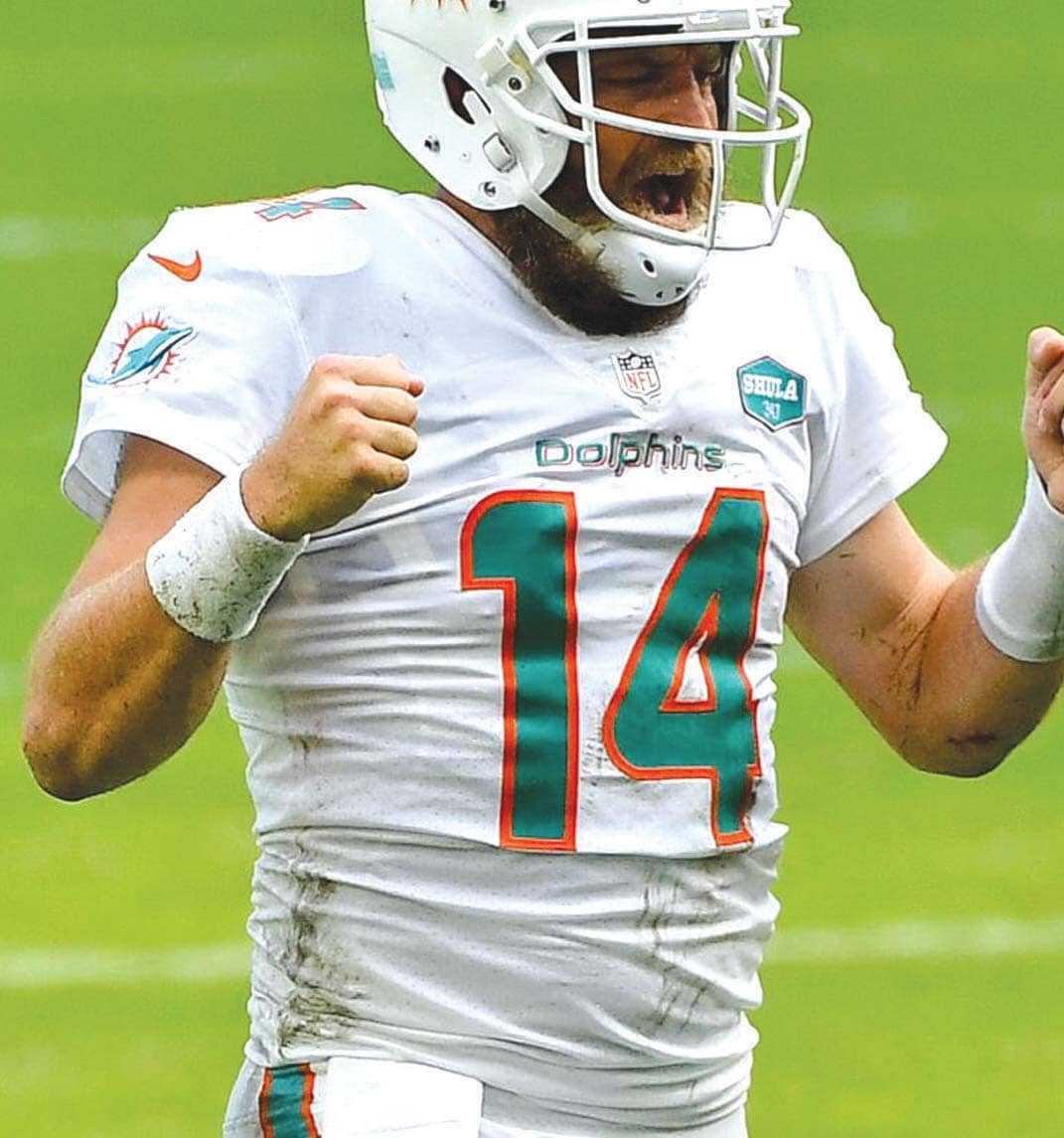 Ryan Fitzpatrick won’t go down as the most talented quarterback the Miami Dolphins have ever had, and he’d probably be one of the first ones to say that.

ALAIN POUPART
But you’d be hard-pressed to find one who’s been more enjoyable to watch, both on and off the field.

You also would be hard-pressed to find one more well-liked by his teammates, beyond the obligatory compliments invariably provided whenever the media asks those kind of questions.

Just consider Kyle Van Noy starting a podcast interview by asking for a moment so he can start singing, “Oh, oh, oh, FitzMagic,” the day after the Dolphins’ Week 3 Thursday night victory against Jacksonville.

Sure, maybe some of it had to do with Van Noy wanting to show off his pipes, though anybody who ever heard would quickly realize it was more about paying tribute to his teammate.

And did you notice during that Jacksonville game how quickly Fitzpatrick’s teammates sprinted to the end zone to celebrate with him after he scored a rushing touchdown?

If it’s words you want, then check out what new Dolphins center Ted Karras had to say about Fitzpatrick when he was asked what it’s like with the Harvard man — oh, did we mention Fitzpatrick attended Harvard? — in the huddle.

“It’s extraordinary,” Karras said. “He’s an extraordinary man. I am very fortunate to be able to suit up with him and I do love it when he can turn a third-and8 scramble into a first down. That’s a luxury as an Olineman. It’s been a lot of fun playing, and I’ve learned so much from him already, and I continue to learn every single day and as we grow and continue to create continuity and comfortability with each other.”

Fitzpatrick has just been a breath of fresh air after seven years of the low-key Ryan Tannehill and the stoic (some might say surly) Jay Cutler.

Really, when is the last time the Dolphins had a quarterback who projected so much joy on the field or smiled as often during media sessions?

Who else would wear a buttoned-down tropical show for a postgame interview on national television and quip, “Sorry, ladies, I’m already taken down.”

And there’s a reason he’s so popular with his teammates and coaches.