FROM THE MOSH PIT INTO THE FRYING PAN 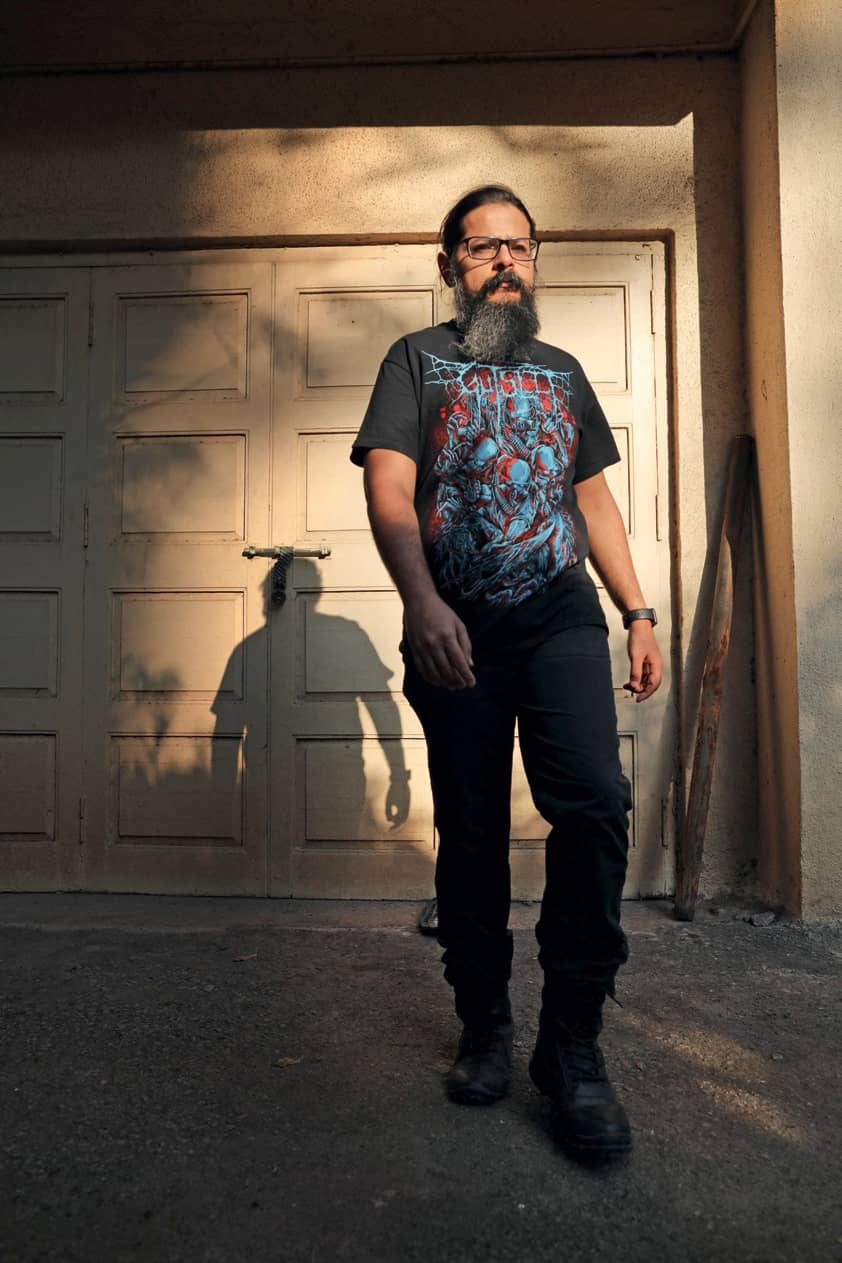 When metal musician Sahil Makhija launched his YouTube cooking channel, Headbanger’s Kitchen, he was resolutely carving out a new identity for himself. Akhil Sood gets Demonic Resurrection’s frontman and now cookbook author to open up about the move that helped his career and life do a one-eighty

When Headbanger’s Kitchen really took off, around four years ago, Sahil Makhija would get loads of comments from young metalheads who were fans of his blackened death metal band, Demonic Resurrection. “They’d say, ‘My mother watches your show’ or ‘My mom liked your chicken piccata recipe, and she made it for me’, you know? There was a kid who was like, ‘Listen, my parents hated metal. They thought it was all shit and druggies, blah blah blah. But they saw your show, and now they’re okay with it!’ It had a real impact,” he recounts over the phone.

Makhija has made a name for himself as one of the pioneers of extreme metal in the independent music circuit in India. He’s been the frontman of Mumbai’s Demonic Resurrection since it was founded in 2000, in addition to his solo project, Demonstealer, and a short-lived comedy rock band called Workshop. His dream had been to ‘make it’ as a musician. After several false dawns, and many highs and excruciating lows, Makhija finally decided to give up on that dream. “Demonic Resurrection still exists. If there’s a show, the band meets two days before and rehearses,” he says. “But I’ve gotten disillusioned with the music scene here and our inability to break into the global market.”

Meanwhile, he’s quietly built up a whole other career, one that excites him still. He is a full-time chef, having developed a loyal YouTube following over the past five years or so via his cooking show, Headbanger’s Kitchen, where he focuses mostly on keto recipes.

During the infancy of the Indian metal scene in the early 2000s, budget-strapped acts would come to Mumbai for gigs. “Bands like Kryptos would stay at my house. I’d make breakfast for them...omelettes and stuff, nothing too fancy,” he recalls. In 2007, soon after getting a camera phone, he made his first food post. Makhija prepared a chicken dish, clicked a photo of it and uploaded it along with the recipe as a Facebook Note. He continued to share his recipes on the social networking site for the next few years and, during this time, also encountered YouTube cooking shows like BBQ Pit Boys and Epic Meal Time, which featured over-the-top foods (like turducken, a chicken stuffed into a duck that is then stuffed into a turkey, he exemplifies). Then in 2010, he collaborated with film-maker Srinivas Sunderrajan — who was already shooting a music video for Demonic Resurrection — for a recipe video, purely to promote his band. This culminated in a decision to work together on a food project and, the following year, they put out the first episode of Headbanger’s Kitchen.