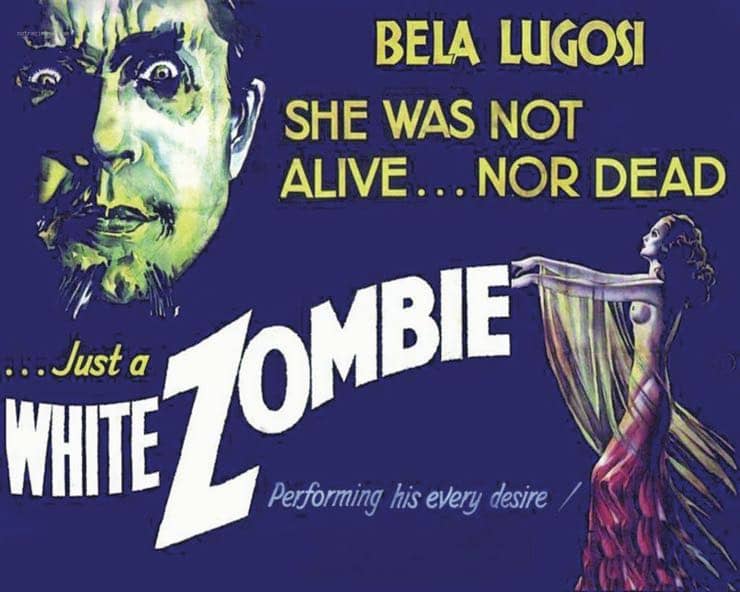 Chris Ferbrache wonders why zombie movies have remained so popular for almost a century.

These days you can hardly turn on the television or watch a movie without seeing slack-jawed zombies stumbling or dragging their limbs after a horrified person. For those who are short on reading material, the New York Times bestseller, The Zombie Survival Guide: Complete Protection from the Living Dead by Max Brooks (2003) holds critical information on how to survive the zombie apocalypse. Zombie fever doesn’t stop there. Gun enthusiasts may shoot bleeding zombie targets at their local shooting range. In Canada, you can even learn CPR with the help of zombies from the Heart and Stroke Foundation. And when you are done, you can watch the all-time most popular television series, AMC’s The Walking Dead, which had almost twenty million viewers a week.

If you’re unsure why zombies are so popular, you’re not alone. To wrap our heads round the current zombie invasion, we must start at the beginning.

In the eighteenth century, African slaves were brought to the French colony of SaintDomingue, now known as Haiti. Forced to convert to Christianity, the slaves developed a way of preserving elements of their indigenous faith while living under religious suppression, by merging African religious traditions with Christianity to form what became known as Voodoo. More than a mere set of rituals, Voodoo rehearsed and reinforced the values of the oppressed.

Haitian bokors (Voodoo sorcerers) played a crucial part in keeping the community in check. Among other things, bokors were reported to have practiced anaesthetizing those who broke with the cultural norms of the village or family. Bokors would poison their victims with tetrodotoxin, a potent and often fatal neurotoxin found in the flesh of the pufferfish (Tetraodontidae) which decreases the pulse and respiration to the point of immeasurability – as illustrated in the book, then film, The Serpent & the Rainbow (Wade E. Davis, 1985, Wes Craven 1988). With the recipient of the toxin appearing dead, they were given a funeral, and buried. Later, hidden by night, the bokor would exhume the body with the hope the person would not have succumbed to hypoxia. The ‘rescued’ person would then be given a continual dose of Datura stramonium, a powerful herb that causes delirium – in addition to the real possibility the victim had lasting brain damage from this process of ‘zombification’. The process was known to destroy the individual’s identity, memory, and free will, leaving the person in an automaton state. Once awake, and continually sedated, the zonbi (Haitian spelling) would be forced to work under the watchful eye of the bokor. Thus, the Haitian zonbi served (or serves, if you believe they still exist), as a reminder and motivator against deviation from the essentials of traditional Haitian culture. Yet although the Voodoo traditions continued for generations, the idea of zonbis radically changed as they became the subjects of horror stories and the Hollywood silver screen.