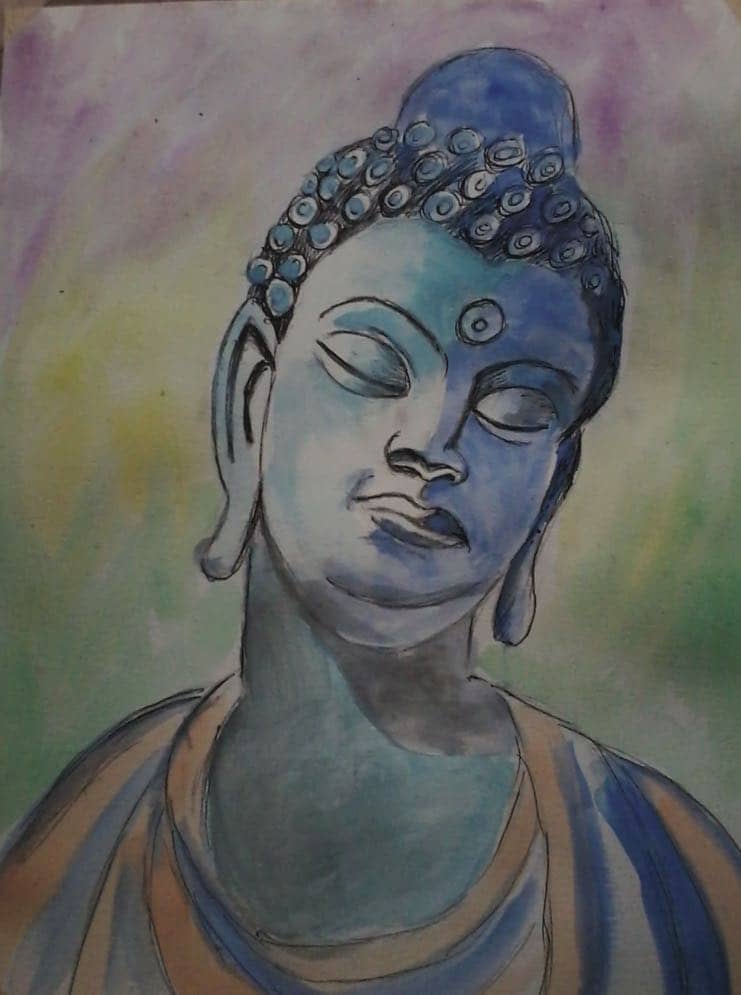 Some years ago, I started a course of meditation. Although ‘mindfulness’ was in the air and meditation programmes were being offered in almost every other institution, I knew virtually nothing about meditation or mindfulness or the Buddhist traditions from which they came. ‘Mindfulness’ seemed obviously a good thing, for it was the opposite of mindlessness. Who could oppose that? But what exactly did it mean? How had it become so widely esteemed across so many institutions in the West? And what was happening to Buddhism itself as it entered our highly eclectic postmodern Western culture?

My Buddhist course was practical. It was about physical posture and following the breath in various ways. As my speculative questions remained unanswered they became more restless – until I decided to embark on my own journey. Being a poet and teacher of literature, my instinctive first move was to take a fresh look at T.S. Eliot’s The Waste Land, for I remembered that this iconoclastic poem famously ended in Sanskrit. But it was soon to become a much more complicated quest, forcing me to go further back in time, to make unexpected connections and to see entirely new constellations. I had to discover the importance of the philosopher Schopenhauer, the febrile influence of Madam Blavatsky, the power of Zen especially during the 60s, the charisma of the Dalai Lama, and finally, enter the modern world of neurology and contemporary therapy. I discovered that in the West, meditation and mindfulness not only had a history many people were unaware of, but that as Buddhism adapted to the culture of the West its identity was changing. Without gods or a supernatural realm, it was fast becoming a form of philosophical humanism, committed to personal well-being and living the good life.

My search began with The Waste Land. Ever since its publication in 1922, this has been hailed as a definitive poem, capturing the broken rhythms and confused juxtapositions of the modern world. Memorably, and prophetically, The Waste Land ends with an ancient mantra: ‘Shantih, shantih, shantih’. The words, Eliot explains, are taken from the Hindu scriptures the Upanishads. Eliot then offers a Western equivalent in the phrase of Saint Paul in the New Testament: ‘the peace which passeth understanding’. Yet those words could not have formed the same powerful ending to the poem. The concept of redemption or, perhaps, atonement (or personal reconciliation: at-one-ment) is explicitly there, but I think there is a certain irony here since the words actually chosen come not from the Bible, but from sacred Hindu texts. The most renowned lines of Modernist literature which offer peace of mind amidst the maelstrom thus come from the East, like the sound of a singing bowl. Nor is this sacred refrain tagged on at the end like an arbitrary improvisation: it is crucial to the whole intricate polyphony of the work.

At the beginning of the twentieth century The Waste Land may have been disturbingly original in its style, but in its Eastern spiritual orientation it was, in fact, becoming part of an emerging zeitgeist. In the very same year of its publication, Herman Hesse brought out his novella Siddhartha. What an extraordinary synchronicity and sign of a shifting inner landscape! For if in Eliot’s poem the key word is Shantih, in Hesse’s fable it is OM. This sound, sacred to both Hindus and Buddhists, forms the title of the penultimate chapter, and when Siddhartha (not to be confused with Buddha) is on the edge of committing suicide, it is this primordial word that rises up through his body like an incantation. The sound heals and saves his stricken life.

It is well known that in the middle of his own tortured struggle to complete the work Hesse embarked on a course of therapy with Carl Jung, and there can be no doubt that this life-saving encounter influenced both the form and outcome of the narrative.

As Western psychology met Eastern spirituality, a cultural transformation was evidently taking place. But when did this creative cultural encounter between East and West begin?

For T.S. Eliot the encounter had one root in the courses he took at Harvard, in lectures on Japanese religion and literature and in his study of Indic philology and the Upanishads. In contrast, Hesse’s knowledge of Eastern spirituality derived partly from his adolescent reading of the atheist philosopher Arthur Schopenhauer. A hundred years before The Waste Land and Siddhartha, Schopenhauer had announced that Sanskrit literature will be no less influential for our time than Greek literature was in the fifteenth century for the Renaissance. One might question his timing, but not the insight.

Born in 1788, Schopenhauer was the first great Western philosopher to extoll the wisdom of the Upanishads, and, later in his life, to identify his own ethical stance with that of the Buddha. He consistently praised ancient Indian literature and saw it as an essential corrective to the Western orientation. Schopenhauer certainly claimed that the Upanishads formed the most elevating reading and should be grasped as the greatest gift to his own disorientated epoch. On his desk were statues of two figures: one was Kant, the other Buddha. They must have represented two forms of Enlightenment: one rational, the other spiritual. He himself pointed out that the conclusions of his own philosophy had emerged from a critical tussle with Kant and other Western philosophers, but that they coincided perfectly with the conclusions of Hinduism and Buddhism, which, he felt, had been reached by their exponents largely through intuition. “The mystic,” Schopenhauer wrote aphoristically, “is opposed to the philosopher by the fact that he begins from within; whereas the philosopher begins from without.”

Schopenhauer’s philosophy contains no God, no revealed dogmas, and no supernatural agencies. Some decades before Nietzsche, he wrote: “Mankind is growing out of religion as out of its childhood clothes… Christianity is dead and no longer exercises much influence.” But his understanding, put forward most systematically in The World as Will and Representation (1818/19) does seem remarkably close to Buddhism. Schopenhauer says, for instance, that the meditator “best understands who methodically assumes the right posture, withdraws into himself all his senses, and forgets the entire world, himself included.” What is still left in his consciousness is primordial being.