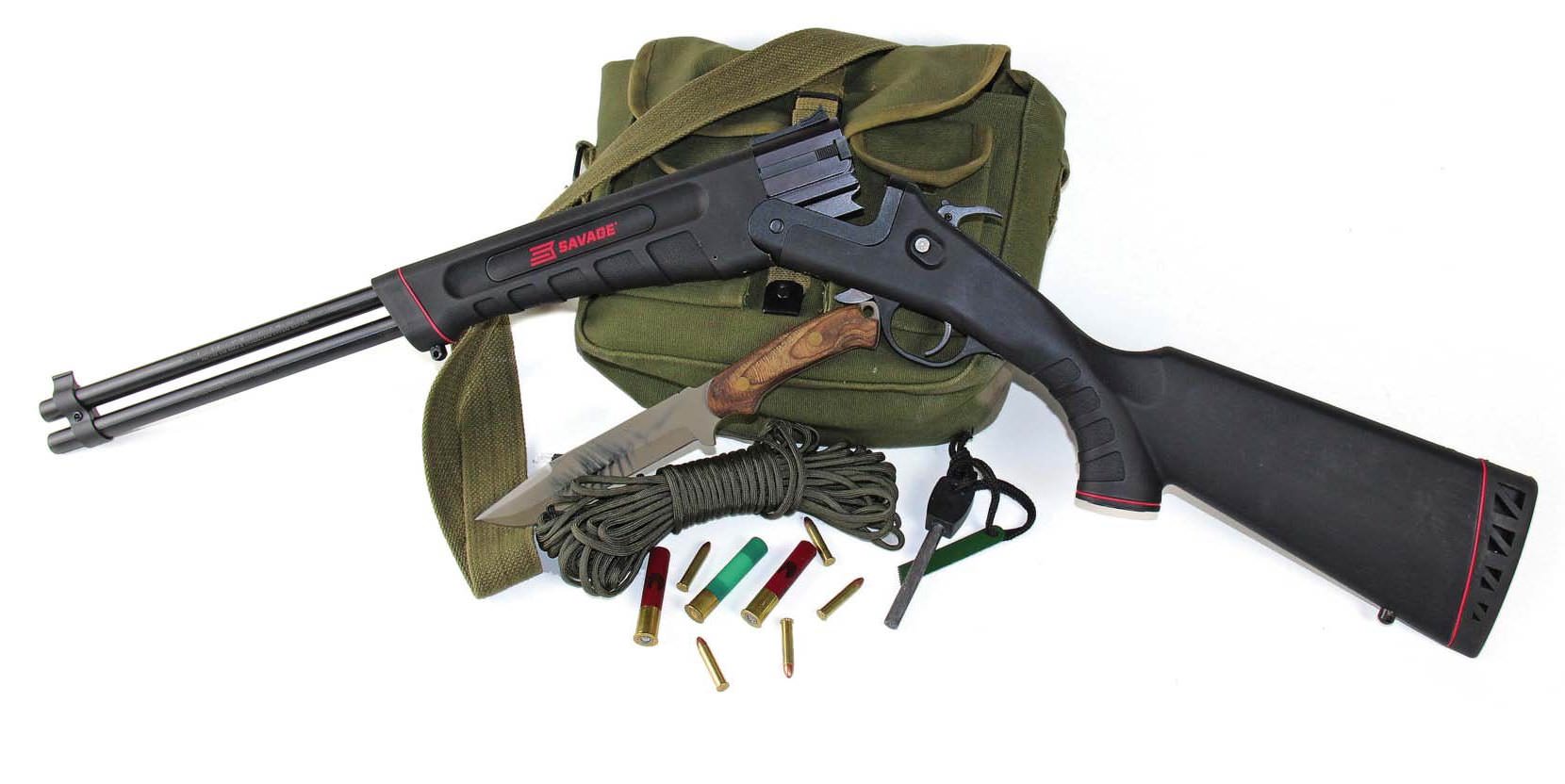 For small game or survival readiness, the savage Model 42 is now available as an easy- to-carry takedown Gun.

The idea of an affordable, versatile long gun that you always keep handy is appealing.

Call it a camp gun, truck gun or knock-around gun, if you’d like. It’s not one that you match with a $1,000 scope and keep meticulously tucked away in your gun safe to await that special hunting trip. This is a gun of opportunity for whatever game presents itself. When you need it, it’s always there. You don’t mind if it gets scratched or beat up a bit as it accompanies you through the bumps and bruises of everyday living.

Several years ago, Savage Arms resurrected its concept of a combo gun. The Model 42 featured a rimfire rifle barrel (.22LR or .22WMR) over a smoothbore .410 shotgun barrel.

Now, the company has updated that design by making it as a takedown model. I wanted to find out if this newer version would make a suitable and effective “knock-around” gun for my purposes.

The Model 42, of course, is just a more modern take on an old idea. For years, Savage manufactured its Model 24, a wooden stocked over/under that was offered in many more configurations than the current gun. I owned one with a .30-30 barrel over a 20-gauge shotgun barrel. It was an ideal tool to procure camp meat. I kick myself a lot for trading it away.

For a while, I looked to find another one to replace it, preferring one in .22LR over 20 gauge, which I figured would be an excellent gun for small-game hunting. But the price for those old guns (many of which are in rough shape) is now in the $400 to $500 price range—comparable to the price of a new Model 42.

The Model 42 comes with a black synthetic stock trimmed in red with a rubber recoil pad and sling studs. The 20-inch barrels are matte black. The shotgun barrel is chambered for 3-inch shells. It’s a smooth cylinder-bore barrel with no provision to install choke tubes.

While the gun I tested was a .22 Magnum over .410 shotgun, it is also available in .22LR over .410. It’s a mere 35.75 inches long overall. A compact version that’s an inch shorter is also offered in .22LR over .410. It comes with adjustable open sights for precise shooting with the .22 Magnum barrel. You can remove the rear sight to install an aftermarket scope base, but mounting a scope would seem to hinder the usefulness of using the shotgun barrel on flying or running game.

The Model 42 is a simple break-action design. To load the gun, a generously sized lever under the receiver unlocks the action, which hinges at the bottom. One .22 Magnum and one .410 shotgun shell can then be inserted.