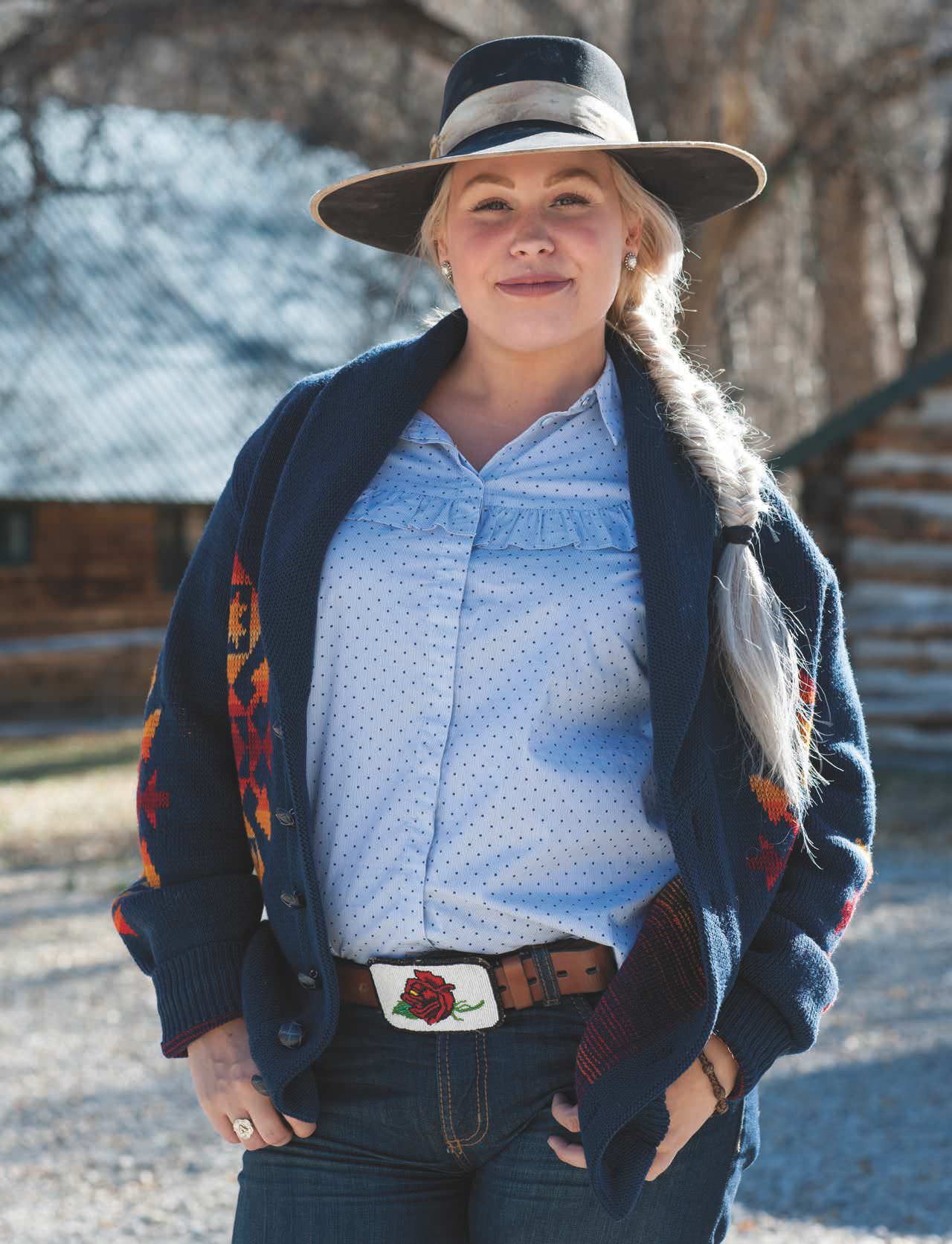 A Conversation With Adrian: The Buckaroo Girl

The West is a pretty big place and trying to catch up with Adrian Brannan— saddle-bronc rider, singer/songwriter, fashion designer/model, entrepreneur, and Dear Cowgirl muse—means you may catch her in the truck—if you’re lucky. I caught up with her on a Sunday evening. She had blocked calls and time—and was in a reflective place to discuss where she was right now in her life and what it took to get there. “A really lot has been going on for me right now,” she says, “But it’s exactly what I want. I have been in and out of the studio for a new album, and it’s been funny because several people—especially in the past few weeks—have written in through social media and email saying, ‘What’s the deal, lady? We want another album! Like what is going on with you?’ And of course, I haven’t released an album since 2012, but because I feel everything in life strongly, I want that reflected in my music and for a few years, to be quite candid, I was dealing with a lot of difficult things: events and relationships and a lot of trauma and hurt. Frankly, I didn’t want my music or album to reflect that. So I did a big circle and spent time with myself and my family.”

She grew up on the family ranch in Northern California, one hour from the nearest town, and shares the work ethic and values of a true Western family. Adrian is refreshingly honest and true to the culture that inspires her music, her songs, and her heart. At 14 and 15, she wrote and recorded her first record, HWY 80, with the help of Liz and Mike Vanderhoof, Utah based entrepreneurs who discovered the young songstress during a performance and immediately became her benefactors as well as her “second mom and dad.” Released in 2008, the album includes a live show favorite, “Old Time Vaquero,” resonating with the traditional cowboy culture found all over the world of the Pacific Slope region of the West. As she describes herself back then, “That period, allowed for the release of some spirits of my soul—hints of gypsy, a lot of ‘old school’ cowboy, with just a touch of cowgirl biker.” She laughs, “A lot was coming to the surface.”

At age 17 and 18, she wrote and recorded Boots & Pearls, her sophomore effort, released in 2009, which revealed her vision to do something different: the folk-rock texture and inspiration of a Bob Dylan sound along with an incredible cover of the Rolling Stones’ “Wild Horses.” “It was amazing,” she said, “working with the multitalented Tom Russell, and an incredible array of musicians.” The album was produced by Russell and producer-engineer, Craig Schumacher, at the Wavelab Studios in Tucson, Arizona.” During the session, Russell reminded Adrian, “When you are writing about love, heartbreak, and when you share your life in words and song, you are giving someone else a voice when they are hurting just like you. So, just write and be brave and go for it.”