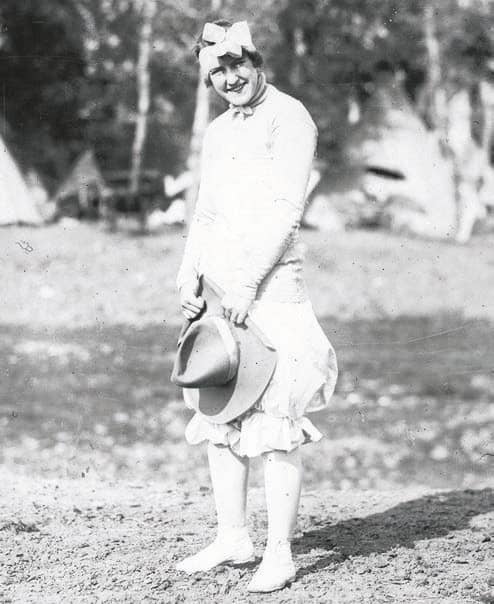 Professional bronc rider Kitty Canutt grabbed a stick of wood lying next to a horse stall at the rodeo grounds in Spokane, Washington, and smacked champion relay racer, Donna Card, in the mouth with it. The incident occurred in early September 1918 and was the start of a feud between the cowgirls that would continue until their passing.

Kitty, wife of famed Hollywood movie stuntman Yakima Canutt, was upset with Donna over the way she behaved in the women’s relay race at the Spokane Rodeo. She claimed Donna fouled her in the third lap by crowding her into the fence. She complained to the judges and after investigating the charge they determined Donna had run a clean race. Kitty was furious over the ruling and confronted Donna about the perceived indiscretion. Not only was Kitty disqualified from riding in any other event at the rodeo, but she was fined $25 for her violent outburst. Donna went on to win the trophy as top relay racer.