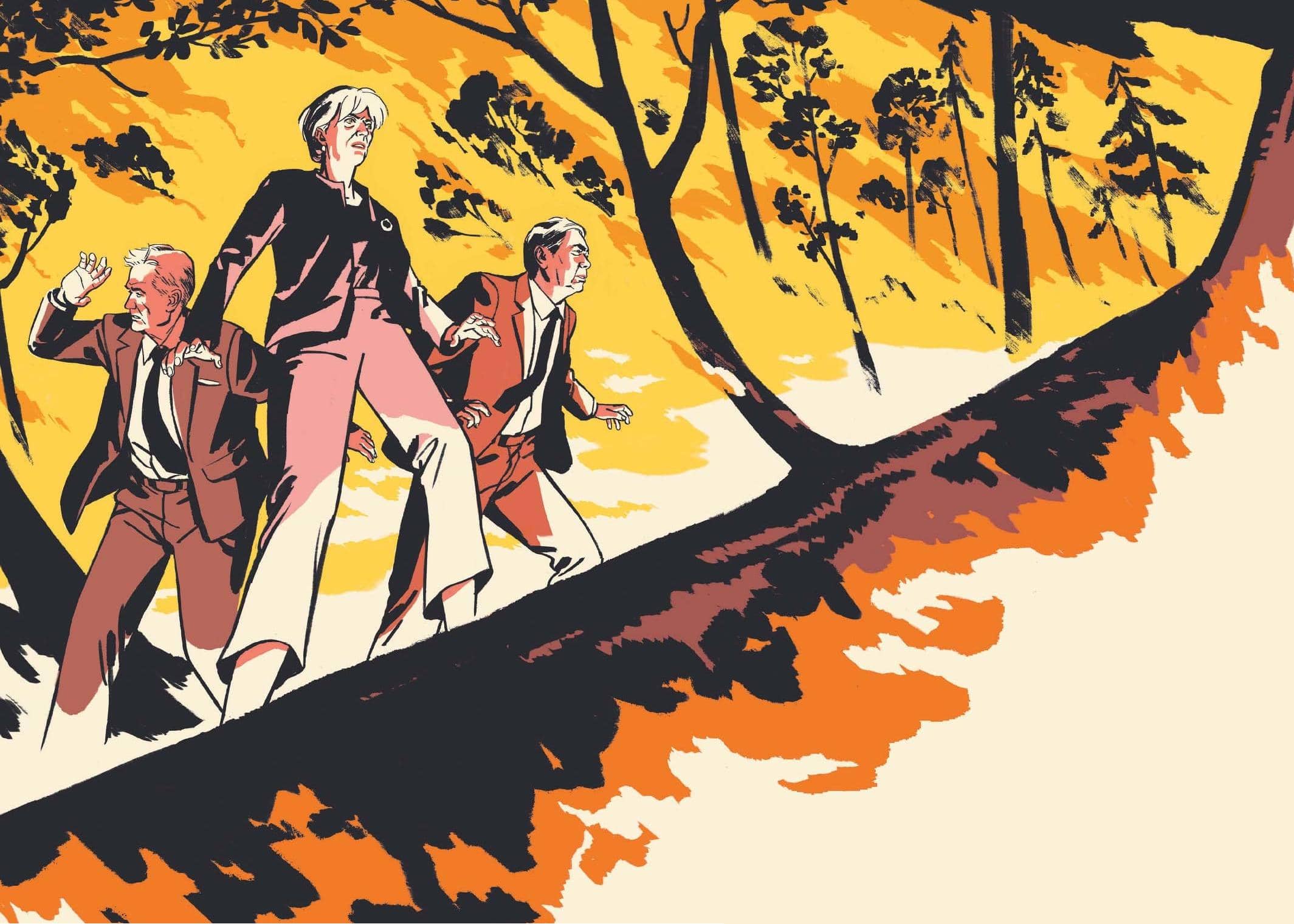 The Crisis Fighters Central bankers used to bail out financial institutions. In a world wracked by Covid-19, they’ve doled out almost $9 trillion, some of it to a motley cast of unlikely beneficiaries. Will it ever end?

When Tottenham Hotspur striker Son Heung-Min put the ball in the back of the net early in the second half against Crystal Palace in April of last year, he etched his name into history as the first player to score at his soccer club’s glistening new 62,000-seat north London home. Less than a year after his team’s triumphant 2-0 win that day, the £1 billion ($1.3 billion) stadium sat eerily empty as a corona virus lockdown brought sports, and much of normal life, to a halt across the U.K.

Then came another milestone. In June, Spurs became the first club in the English Premier League to qualify for Bank of England support. It tapped a £175 million commercial-paper facility to help cushion the estimated loss of more than £200 million in revenue from canceled matches and other events between then and June 2021

If BOE support for Spurs sounds improbable, it shouldn’t. The central bank was hardly the only one to mount extraordinary rescue operations in response to the pandemic. In less exceptional circumstances, that money would be used to bail out banks or other lenders to stave off financial contagion. With Covid-19 hammering economies, that changed this year.

For the first time in its history, the U.S. Federal Reserve bought a wide variety of corporate debt issued by blue-chip borrowers such as Apple Inc., as well as junk bonds from riskier companies. The Bank of Japan, the petri dish for central banking after more than two decades of extraordinary stimulus, launched a $940 billion package of loan support for businesses.

Those moves are just a few examples of how central banks are digging deeper and deeper into their monetary toolboxes to cushion the Covid-19-induced shock to the global economy. The pandemic cast aside the notion that the banks were already at full stretch. Instead, it’s accelerated the transformation of monetary mandarins focused on inflation into guardians combating inequality, climate change, and more—leaving less and less scope for a return to a simpler existence.

It’s a policy spiral that began after the 2008 financial crisis and has shoved central banks more profoundly into politically treacherous territory. “The more tasks you give to central banks, the more they’re dealing with trade-offs associated with political choices,” says Stephen King, senior economic adviser at HSBC Holdings Plc. “In the old days, monetary policy was very much a story about price stability. One tool: interest rates. One objective: price stability. Easy!”

As the virus spread, central banks from Washington to Wellington flooded financial markets with liquidity. They backstopped companies. They helped to finance massive government stimulus. The blitz included 164 interest-rate cuts in 147 days, according to a tally by Bank of America Corp.; altogether, the banks pumped in $8.5 trillion in monetary support and governments an additional $11.4 trillion in fiscal stimulus—almost $20 trillion in total.

What made the rescue all the more remarkable was this: Before the pandemic struck, a pressing concern at gatherings such as those in Davos, Switzerland, and Jackson Hole, Wyo., was that central banks were in no shape to fight a crisis given that interest rates were already so low. Not everyone was convinced pouring more cheap liquidity into financial markets would work again, given that a decade of easy money hadn’t been enough to ward off the threat of secular stagnation.

“The more tasks you give to central banks, the more they’re dealing with trade-offs associated with political choices”

But within weeks of the central banks’ interventions this year, global markets began to recover, and by August stocks worldwide had reached record highs, powered in large part by the ultra-easy money. “The global track record and responses to the current pandemic show that central banks have very extensive capabilities to shape financial conditions,” says Philip Lane, an executive board member of the European Central Bank who, as ECB chief economist, crafts policies including its €1.4 trillion ($1.65 trillion) pandemic bond-buying program.

What’s less clear is whether the real economy will get the same kind of boost. That’s why Lane’s boss, ECB President Christine Lagarde, warned European governments that failure to pump in fiscal stimulus risked an economic calamity.