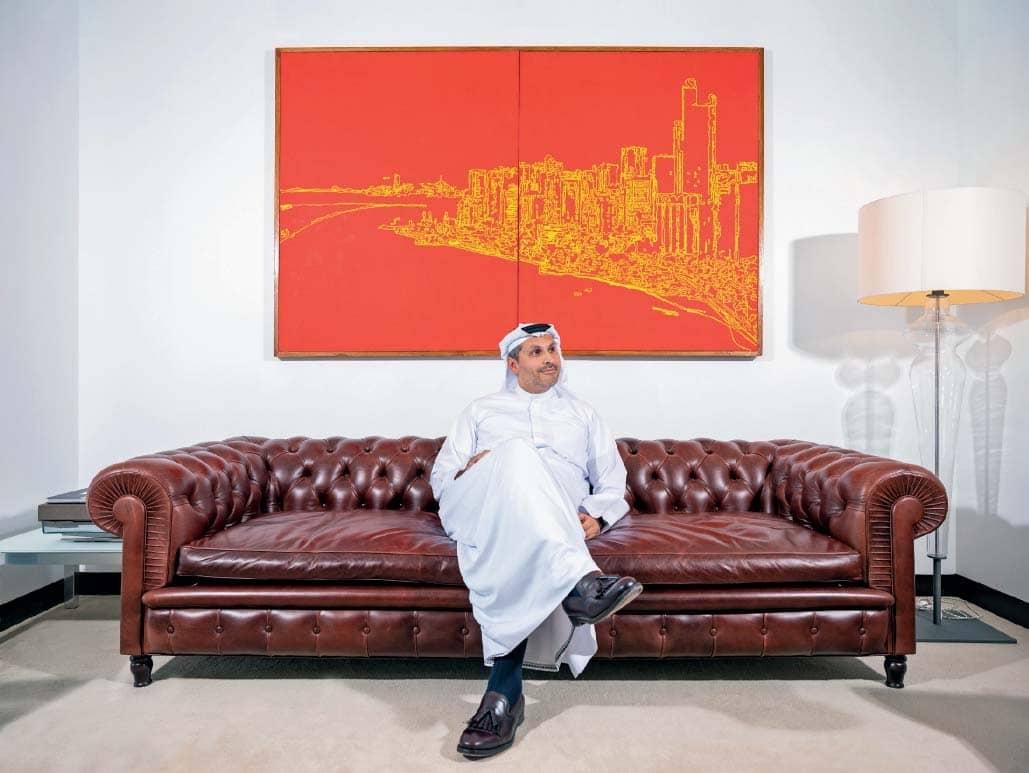 For an emirati who’s not a member of Abu Dhabi’s ruling royal family, Khaldoon Al Mubarak is remarkably influential.

Photos of him with Barack Obama and Donald Trump decorate his desk. Around the time of our interview with him in October, he’d hosted Russian President Vladimir Putin and caught up with former U.S. Secretary of State John Kerry and retired U.S. Army General David Petraeus.

From a tragic childhood—his father was assassinated when he was 8 years old—Al Mubarak, who turns 44 in January, has risen to become one of the ruling Al Nahyan family’s most trusted advisers. He’s also chief executive officer of Mubadala Investment Co., a $229 billion state-owned holding company. His broad remit—it even includes the chairmanship of Manchester City Football Club—is particularly important now as Abu Dhabi seeks to reduce its dependence on oil and Mubadala works to diversify its investments.

Al Mubarak, wearing a traditional white ankle-length kandura, says his challenge is to navigate the transition. “A divorce from oil and gas is not going to happen,” he says. “This is always going to be a core part of our economy. How do you get the best out of that with a view to the future, while at the same time building the rest? My focus is on building the rest.”

Power in Abu Dhabi, the wealthiest of seven sheikdoms that make up the United Arab Emirates, flows from Sheikh Mohammed bin Zayed Al Nahyan, the U.A.E.’s de facto ruler and chairman of Mubadala. Al Mubarak, says Christopher Davidson, associate fellow of the Royal United Services Institute in London, “represents the new generation of savvy urbane technocrats the crown prince has sought to surround himself with.”

Abu Dhabi, with a population of about 2.9 million, is home to roughly 6% of the world’s oil reserves. As it adjusts to a less pericentric future, the emirate’s financial industry has begun a wave of consolidation that’s seen the megamerger of two of its largest banks and three of its four investment funds. Al Mubarak has been central to these efforts as chairman of the Abu Dhabi