A Day In The Life Of Global Trade

Viewed from a desk on wall street, trade can look like an inaccessible agglomeration of breathless headlines about escalating economic wars and sterile data. Yet up close, the buying and selling of goods and services is an astonishing organism: Here, geopolitical decisions and the markets’ responses to them have daily physical consequences. ¶ To capture an ordinary day during this extraordinary period in the history of the global economy, Bloomberg Markets deployed reporters across the world to see the inner workings of trade up close. From storefronts in Seoul and Tokyo to border crossings in Africa and the Middle East, Wednesday, Dec. 4, was ostensibly a day like any other. What the reporters saw were the nuts and bolts of a global economy that—whether because of the march of technology or the consequences of rising protectionism and shifting trade patterns—is confronting an inevitable and possibly irreversible wave of change.

It’s 10:36 a.m., and under a bright blue sky, the tugboat Donna Rushing is nudging a 15-barge load into the busiest lock on the Mississippi River. The St. Louis-based tug and her twin diesels are pushing a motley haul of soybeans, steel slag, and benzene. The linked convoy is 1,140 feet long and 105 feet wide, or the equivalent of a quarter-mile stretch of interstate that spans nine lanes and holds 870 truckloads of cargo. The lock, in Granite City, Ill., is just 5 feet wider than the barges. Delicate stuff.

Observing this from Lock 27’s control room is Quentin Pearson, a 61-year-old U.S. Navy veteran. Darting back and forth, he reaches for his radio to give instructions to a pair of tugs waiting to go north after the Donna Rushing’s load, heading south, is safely through. Then he rushes back over to the computers that control the lock’s valves and gates. From there, he’ll lower the water level by 7 feet, sending the Donna Rushing on its way to St. Louis.

Once the tug and its convoy are safely in the lock’s main basin, the captain’s voice comes across on Pearson’s radio: “We’re tied off.” With a click of Pearson’s mouse, valves open, and water rushes out of the lock’s chamber. By 10:58 a.m., the downstream gates have opened, and the Donna Rushing and her load are creeping out of the lock. This 22-minute sequence will be repeated more than two dozen times today at Lock 27, through which more than 65 million tons of cargo pass each year.

“Roads and railroads are the veins of America. But the rivers are the arteries, still, of America,” says Jermey Garzia, Lock 27’s lockmaster. A single barge carries 1,500 tons, or the equivalent of 58 tractor-trailers. A 15-barge tow like the one the Donna Rushing is shepherding carries the equivalent of two 100-car trains. —S.D.

Wearing a red polo shirt and blue jeans, Mohammed Salahat approaches the low-slung building by the village of Qalandia that serves as a checkpoint between the West Bank and northern Jerusalem. He’s a Palestinian builder heading out for work. Standing between him and the job site is this crossing. He’ll walk through a chute-like passageway, pass a security screening, and stare into a facial scanner before emerging on the other side.

It’s not quite the ordeal it used to be. The biometric-identification step is new, and it’s transformed his daily routine. Before it came along, Salahat would set out for work at around 3:30 a.m. Now he doesn’t have to leave until 5:30 a.m. “Before, I used to wait for a long time, and people were late for work,” he says.

Checkpoints between the West Bank and Israel are a fact of life for tens of thousands of Palestinians. They were put in place to control the passage of 3 million Palestinians between Israel and the West Bank territory it took in the 1967 Middle East war.

The scanners may speed things up, but their surveillance capabilities are controversial. They could be used “to target some people,” says Issam Aruri, director of the Jerusalem Legal Aid and Human Rights Center, a Palestinian research and advocacy organization. “It is one of our serious concerns.”

That concern has spread beyond the Middle East. Microsoft Corp.’s venture capital fund is an investor in an Israeli computervision and facial- recognition startup whose technology is used at checkpoints. After news reports said the company, AnyVision Interactive Technologies Ltd., was engaged in mass surveillance of Palestinians beyond the checkpoints, Microsoft announced an audit into AnyVision’s compliance with its ethical principles on the use of facial recognition. AnyVision says its technology is used for identification and security at crossings, not for surveillance.

The scanners are part of Israel’s more than 300 million-shekel ($87 million) investment in the past few years to upgrade crossings. “Nobody is interested in friction,” says former Israeli Deputy National Security Adviser Chuck Freilich. “Those who have permits, Israel wants to be able to come across.”

What’s happening in Qalandia each day highlights a larger dilemma that’s not just playing out in areas torn apart by conflict. At the heart of the U.S.’s crackdown on China’s Huawei Technologies Co. is a question about the ultimate use of technological advancements: Is it making us safer and improving lives, or is it introducing threats to privacy and national security?

“All of it is not right,” says stone dealer Muhanad Shahi during a midday commute. “If they want to scan our faces, or hands, or body, what can we do? People that want to work inside, they have to go through that.” —Ivan Levingston and Fadwa Hodali 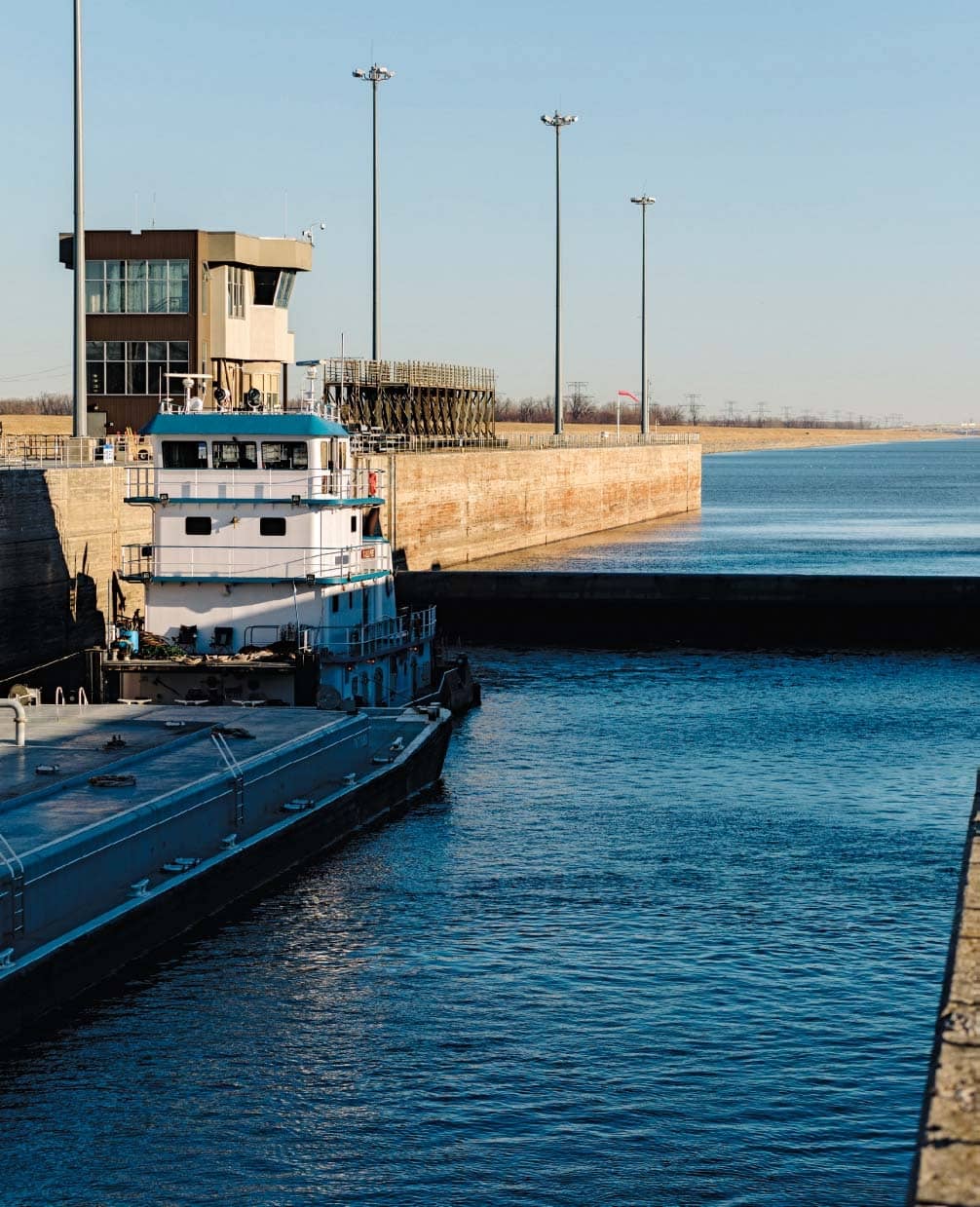 At Seme, an outpost on the Nigerian side of the border with Benin, the damage from years of protectionist trade policies is proving hard to repair. Nigerian President Muhammadu Buhari closed the border here in August to stanch the flood of frozen chicken and other goods that he says have undermined efforts to wean Africa’s largest economy off oil and make it self-sufficient in food production.

The sudden ban on trade across the 800-kilometer frontier between the two West African nations has brought one of the continent’s busiest border posts close to a standstill, upending the lives of thousands who survive on legal and illegal commerce. Felicia Josephine, 30, who sells tomatoes, had to pull her two children out of school after fewer and fewer shoppers came to her street stand, depriving her of the money she needed for the kids’ education. “We just sit and wait for the border to open up again,” she says.

In the past, the border post was usually swarming with people buying and selling goods ranging from bootleg Gucci bags to bags of rice. “Seme was the place to make money,” says Stanley Orajekwe, 36, standing outside his pharmacy along a mostly empty dirt street. “Whatever you peddled here, you sold.”

That included contraband. Years of import restrictions have made such goods —from vegetables to cars—a booming business. Smuggling accounts for almost a third of Nigeria’s formal food- related imports, according to Lagos-based investment bank Chapel Hill Denham. Seme is a small place, dotted with rickety dwellings, but it’s only 50 miles from Lagos, a metropolis of roughly 20 million people.