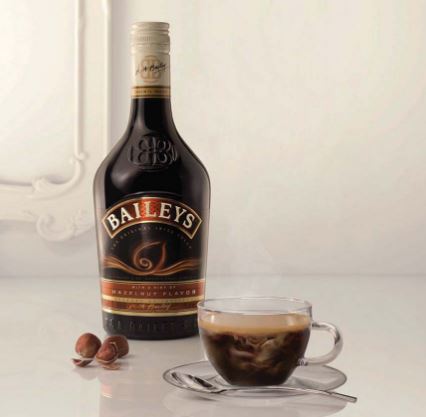 Seventies was the special decade that gave us ‘Bohemian Rhapsody’ and ‘Stairway to Heaven’, musical hits that still resonate with us. Seventies was also the decade that gave us the most popular cream liqueur in the world—Baileys Irish Cream. It is an exceedingly loved and popular liqueur made to a secret recipe including Irish whiskey, cream and sugar. First launched in the early 1970s, Baileys Irish Cream took the market by storm and nothing much has changed. It still enjoys the status quo. Made by Gilbeys of Ireland, it has a declared alcohol content of 17% by volume.

Baileys is produced in Dublin and Mallusk. The very first version of the Baileys recipe was created with an ordinary kitchen mixer. It was utterly delicious (of course). However, a winning recipe was far from being sorted. The task at hand was to get cream and whiskey to successfully combine in one bottle without separating. Cream and Irish whiskey were homogenized with the aid of an emulsifier containing refined vegetable oil. This process prevented separation of whiskey and cream during storage. The chocolate essence of the liqueur comes from the Baileys proprietary cocoa extract recipe. There are other ingredients like herbs and sugar but their quantity is unknown. Baileys is a one-of-a kind indulgent blend of premium quality cream, triple-distilled whiskey and fine spirits.

Coffee & cream coloured; aromas of freshly brewed coffee, hazelnut and chocolate essence; sweet, creamy, nutty and thick with flavours of lightly toasted nut; white chocolate and vanilla; all these flavours well balanced by a smooth whiskey note for a clean and lingering finish. Baileys Original Irish Cream is the very best of Ireland in a bottle!

MORE STORIES FROM FOOD AND NIGHTLIFEView All