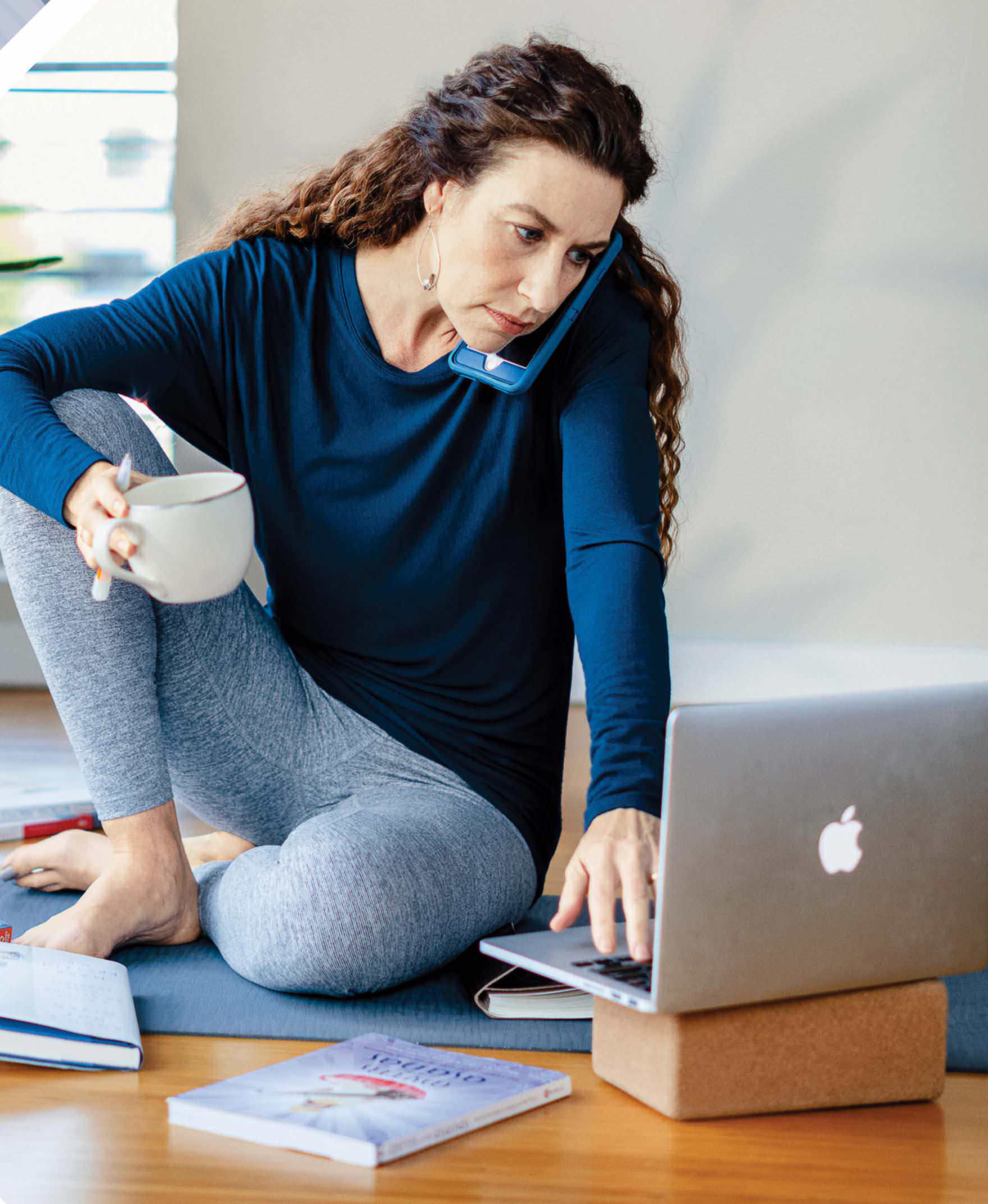 You may have heard people blame their crushing exhaustion, brain fog, and moodiness on burnout or adrenal fatigue. But experts say those usually aren’t accurate diagnoses. Here, a new term for what ails us, along with new thinking on exactly how chronic stress is affecting our health—and why yoga can help.

In our fast-paced, always-on culture, where phrases like “burned out,” “stressed,” and “exhausted” are regularly bandied about—humblebragged, even—it’s no wonder the term “adrenal fatigue” has become a health buzzword. What is it? In fact, it’s been dubbed “the stress syndrome of the 21st century” and is described as being sick and tired of feeling sick and tired.

What is it? A nebulous, controversial ailment that blames overtaxed adrenal glands for a cluster of nonspecific symptoms, including chronic fatigue, sleep and digestive disturbances, cognitive difficulties, and odd food cravings. (Your adrenals are the two triangular glands on top of your kidneys and are responsible for secreting the energizing hormones cortisol and adrenaline in times of stress.)

To be sure, people are reporting higher and higher levels of stress, says Jeffery Dusek, PhD, chief research officer at Kripalu Center for Yoga & Health, in Stockbridge, Massachusetts, and a research psychologist who has studied the body’s stress response with mind-body medicine pioneer Herbert Benson. Yet even though adrenal fatigue is sometimes diagnosed—and frequently self-diagnosed—the medical community largely denies that it is a real thing.

Both the Endocrine Society and the Mayo Clinic say the condition lacks proper scientific support, and a 2016 review of 58 studies, published in the journal BMC Endocrine Disorders, concluded “there is no substantiation that ‘adrenal fatigue’ is an actual medical condition.” Detractors think symptoms are more likely due to well-recognized medical conditions like depression or hypothyroidism, and they fear that ascribing them to adrenal fatigue could delay critical treatment. (To be clear, true adrenal insufficiency, an autoimmune disorder called Addison’s disease, is rare.)

Dusek posits that Western practitioners might also feel hesitant to accept adrenal fatigue because it’s what he calls a “squishier” diagnosis, akin to irritable bowel syndrome, chronic fatigue syndrome, or gluten sensitivity. Other practitioners say the name “adrenal fatigue” is largely to blame for the confusion. “Adrenal fatigue sounds like you have these tired, sad little adrenal glands that can no longer make cortisol and adrenaline for you, so you feel sluggish,” says naturopathic and functional-medicine doctor, Brooke Kalanick, ND, MS, LAc. “That’s not quite it. It’s more like chronic, unmitigated stress is making it so that your brain and adrenal glands can’t communicate as nature intended. 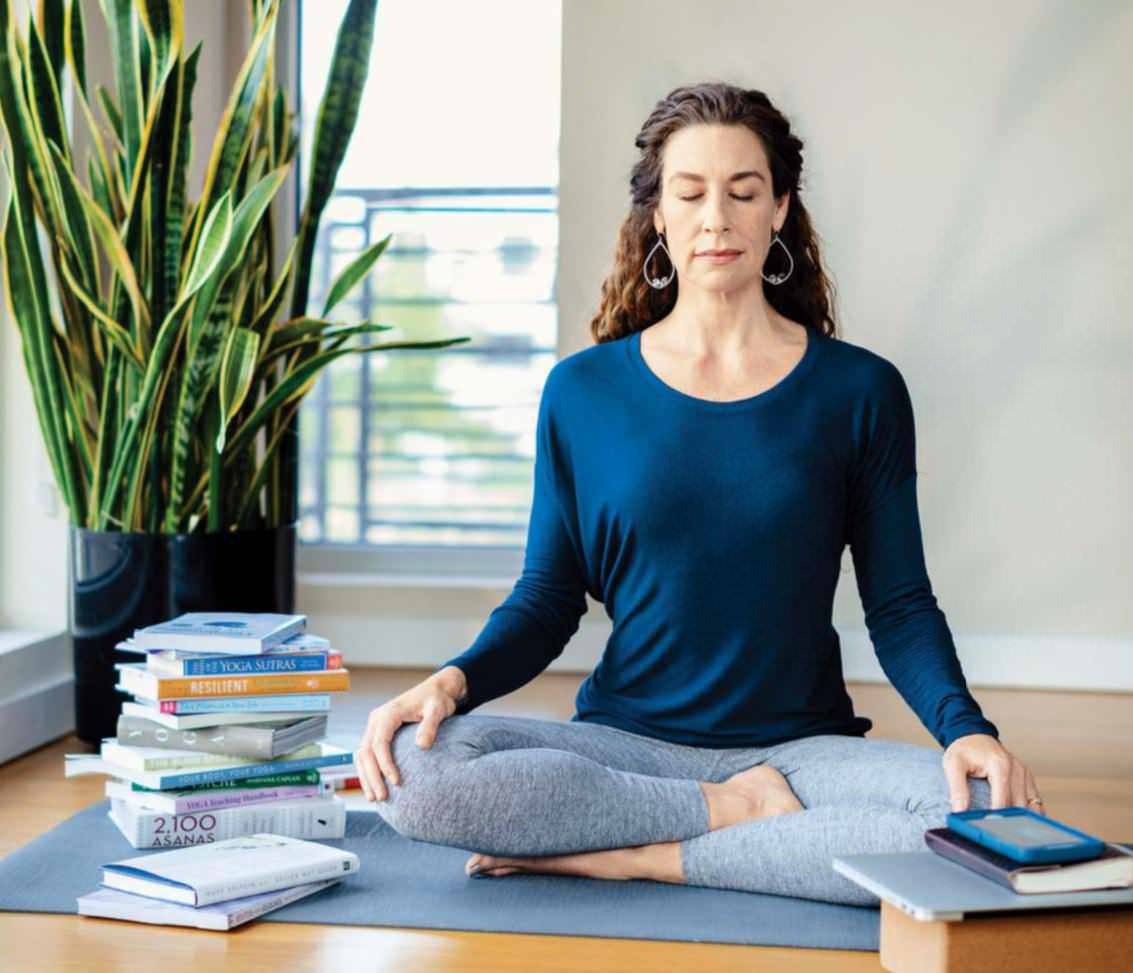 Your body on nonstop stress

One thing most experts agree on is that the adrenals play a pivotal role in maintaining everyday energy levels. To understand this, a quick neurochemistry primer is helpful: Cortisol is your main stress hormone. In healthy individuals, cortisol runs on a 24-hour rhythm, normally peaking around 5 a.m. and then slowly tapering throughout the day so it’s lowest at bedtime, says Kalanick. When you’re well-rested and your stress is in check, a green juice and a few Sun Salutations should be enough to get you going in the morning. And falling asleep at night feels easy, thanks to the natural fall of cortisol, which coincides with the rise of melatonin—the body’s sleep hormone.

Shorter, more intense cortisol bursts— along with your other stress hormone, adrenaline—occur when the brain senses imminent danger. When that happens, a lightning-fast chemical cascade occurs along something called the hypothalamic-pituitary-adrenal axis, says Kalanick. The hypothalamus (the part of the brain that communicates with the nervous system) shoots a signal to the pituitary gland (the orchestra leader of the body’s various hormones), triggering a fight-or-flight response in an effort to spur the body into action, says Cynthia Ackrill, MD, an American Institute of Stress Fellow and life coach based in Washington, D.C. The galvanizing force comes from the adrenals, which pump out adrenaline so you can react—fast. As that initial hormone surge diminishes, the hypothalamus kicks oa second chain reaction, this time directing the adrenals to release cortisol to keep you vigilant. Once the danger has passed, the adrenals send a message back to the hypothalamus to calm down, and you return to the opposite of the fight-or-flight state—commonly referred to as “rest-and-digest”—which is the body’s preferred, restorative state.

But we live in a world saturated with stress, thanks to work, relationships, caregiving, overexercising, and all the shoulds we’re bombarded with. A post-election American Psychological Association study found that nearly half of Americans said they lie awake at night due to stress. Our brains are on perpetual high alert, with all of these stressors being interpreted as dangers and triggering the continued release of cortisol. Millions of years ago, these cortisol bursts helped when we needed Red Bull–level energy to outrun a saber-toothed tiger. Yet as smart as the modern brain may be, “it doesn’t think, ‘This stupid computer is giving me trouble.’ It thinks, ‘This tiger is going to attack me,’” says Wendie Trubow, MD, MBA, a functional-medicine gynecologist in Newton, Massachusetts.

WHEN STRESS GETS SERIOUS

How do you know when habitual stress has turned into something more serious with potentially long-term health consequences? Jeffery Dusek, PhD, chief research officer at Kripalu Center for Yoga & Health, encourages anyone who feels chronically stressed and notices trouble with sleep, cognition, digestion, or interpersonal relationships to see their health care provider for a physical. A functional or integrative medical practitioner, in particular, can help determine whether you have hypothalamicpituitary-adrenal axis dysregulation (HPA-D)—see the definition on page 44—as well as rule out look-alike conditions like hypothyroidism, anemia, and depression. HPA-D can be assessed by testing salivary cortisol levels at four times during the day, which “allows us to see the timing and rhythm of cortisol output, as well as your total cortisol levels,” says functional-medicine doctor Brooke Kalanick. Your health care practitioner should test other key adrenal hormones—such as pregnenolone and DHEA—as well as your thyroid hormone levels and progesterone and estrogen (in women). At the appointment, discuss your energy and stress levels, nutrition, appetite, caffeine use, food cravings, and sleep habits.

If you have been calling your symptoms “burnout,” it’s worth noting that burnout is technically a work-related condition. It results in a trio of symptoms: cynicism; feelings of ineffectiveness; and exhaustion.