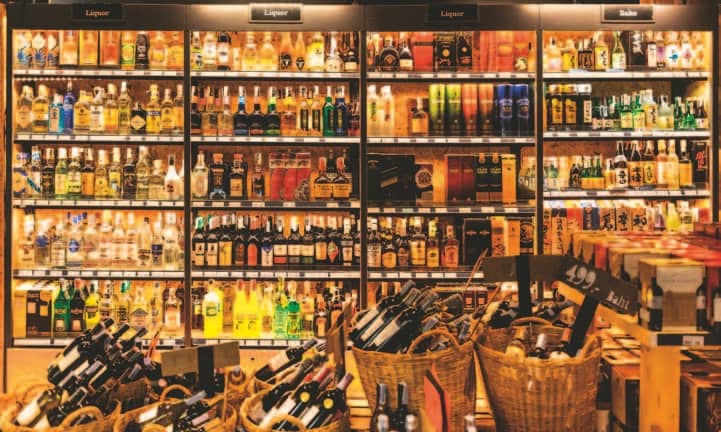 The Indian liquor Industry is one of the most vibrant in the world.

The array of liquor sold in India is dazzling and demand for the same is growing among affluent Indians. India is one of the top markets for higher consumption and growing at a healthy rate.

Alcohol, when consumed in moderation is proven to be benign and some forms of alcohol such as wine are known to be good for the heart. Just ask the French, many of whom drink much red wine, eat fatting cheese, smoke with abandon, and eat kilos of red meat yet enjoy better health than and outlive those in countries where healthier regimes are regularly followed.

The Indian consumer has come of age and today is being wooed by international liquor brands which want to do their best to deserve his respect. He has travelled abroad, seen the best, experienced the best, and want to enjoy the best in the company of friends. Among young Indians, drinking often is a prerequisite to socialising and networking.

The brand name liquor carries is crucial to its success and will remain so in the year ahead as well. Demand for branded liquor is led by the most affluent segment of society and brand name led consumption includes demand for imported scotches and single malts. Many of those who consume liquor sold in this segment are liquor connoisseurs and take pride in enjoying all the trappings of an affluent lifestyle which includes knowledge of and consumption of fine liquors. Much thought goes into purchasing liquor among consumers in this segment. People in this segment are involved in the purchase of liquor and they know what kinds of liquors are available in the market. Such consumers enjoy drinking the highest quality liquor and have the means to do so regularly.

For the young, consuming liquor is experiential

The experience led consumer purchases whiskey that is in the premium and deluxe segment. People in this demographic are usually younger than those in the former segment many being in their 20s and are employed in prestigious jobs or are college students from relatively well-off backgrounds. They regularly experiment by consuming different brands and hence are not completely won over by a single brand. Such consumers are also open to consuming brands they have not tried before and they can be won over by new brands when brands offer better value such as attractive packaging, superior blend, a better consumer experience, and other high-value offerings. Because people in this segment are younger than those in the former segment, their tastes are not as evolved or as well matured as those of the latter. Many new brands have gained traction in this segment because consumers in this segment prefer such new brands and because they are open to experimentation. When the price has to be right