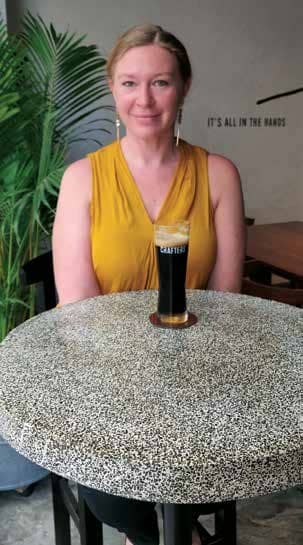 Craft beers are growing in popularity and Crafters Taphouse plans to start a Crafters Movement.

Crafter's the only taphouse located in Hiranandani, Powai launched in the year 2018. Crafters Taphouse showcases excellence in craft beers, food and more. 'Crafters‘ is derived from the word ‘Craft’ and thereby the brand positioning of handcrafted, artisanal and #ItsAllInTheHands. We have envisioned to delight our customers with finest hand-crafted beers by beer craftsmen from around the world. With Craft beer becoming the latest trend in the Indian drinking scenes, Crafters is a concept with the objective of producing world-class craft beers, while enhancing the customer’s experience of the same.

At present there are more than 60 beer brands available in the India alcohol beverage market. The majority of beer market growth is driven by young consumers and the consumers who consider beer a trendy drink, as compared with other traditional spirits. The growth rate for the beer industry is an indication of the huge potential of opportunities open for breweries and beer brands marketing and/or manufacturers in India.

Craft Beers have undoubtedly made the consumer more experimental with brewpub culture growing in cities like Bengaluru, Pune, Mumbai and Delhi.

The India Beer Market Outlook 2023 report states that the Indian beer market is expected to grow at a CAGR of more than 6% during 2018-2023.

Crafters Taphouse had introduced Crafters movement whilst using an ingredient local to the brewer’s homeland or India; wherein brewers from different parts of the world were invited to come to brew their signature styles in India. With this programme, we are looking to invite a brewer with reasonable experience brewing craft beers and having their special signature styles that we can market in India.

The science of Craft Beers

Allison Higi, a freelance biochemist who uses scientific techniques to encourage craft breweries around the world to make high quality, unique brews, is in India to produce a beer influence by India and one by Indiana, her home town.

Tell us about your association with Crafters and Crafters Movement.