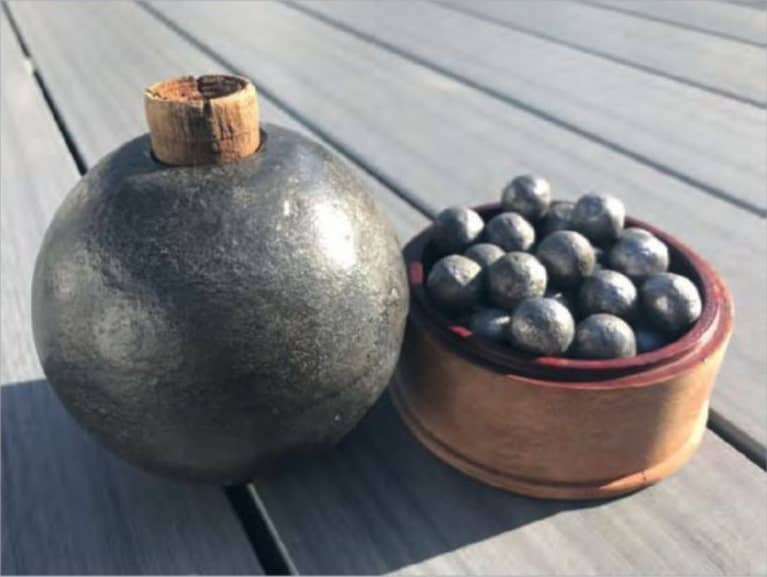 During an overnight beach detecting session back in August 2018, bleary-eyed and not really in the mood, I trudged down the beach with my machine and spade to see what was about.

A few other detectorists were at the low-tide mark where I wanted to target, so I decided to do ten minutes mid-beach and wait for them to move on, as detecting etiquette dictates. They soon started sweeping towards another area so I headed down to the low-tide mark.

Dragging my spade behind me, I started gridding the sands. A few minutes later, I got a large signal and a light tap with my spade produced a solid ‘thunk’. I levered the target up and used my hands to get it out of the wet sand. On removing the concretions, I realised it was a spherical shrapnel shot. Unlike the more modern ordnance finds which are very dangerous, I knew it may still have some black powder in it, but unless heat or friction is introduced it wouldn’t ignite. 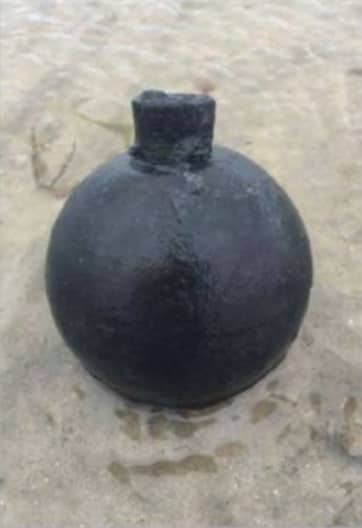