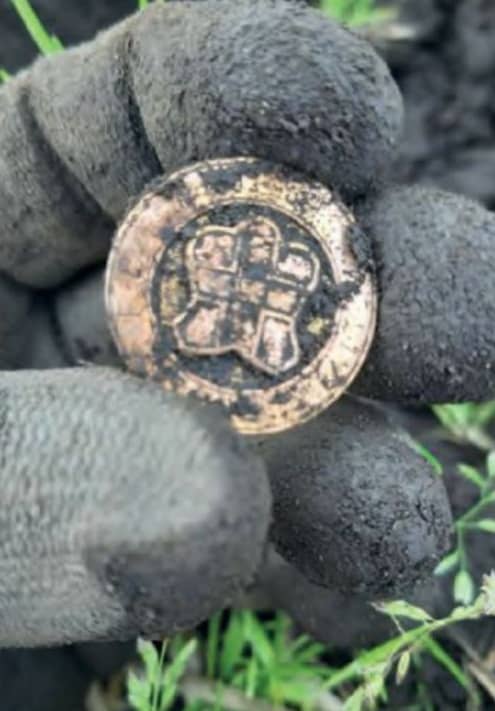 Having been interested in detecting for quite some time, last year I finally decided to ‘bite the bullet’ and by myself a metal detector.

Initially, I wasn’t sure about which machine to get but cautiously decided to purchase a Garrett Ace 150. It looked a good machine to start off with and if I didn’t like the hobby, then my finances would not have taken too much of a beating. Since then, I’ve had a few interesting finds but nothing quite as fascinating and intriguing as one that I found in February 2020.

I was searching a harrowed field on a farm permission that I have in the village of Aspull near Wigan. I was really enjoying the day, especially as I had just found a nice silver shilling of George VI dated 1941 – a small silver coin struck when the world was at war, the same year as Pearl Harbor and the German invasion of Russia took place. The next good signal resulted in me digging several inches into the soil and old stubble mix. I suddenly spotted the glint of dirty gold and my first thought was that I had found a coin of some sort. 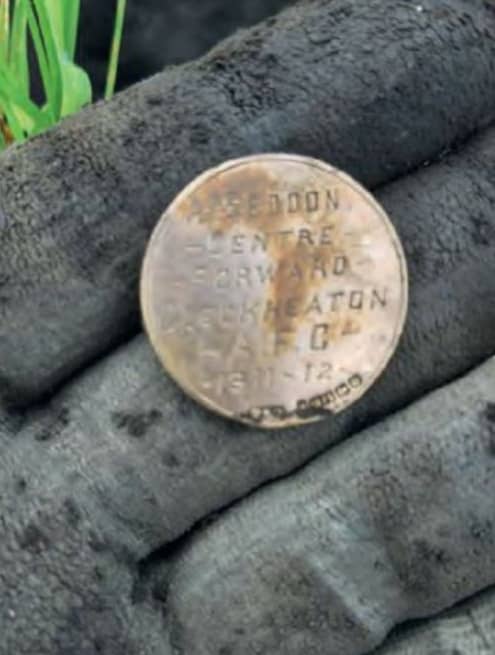