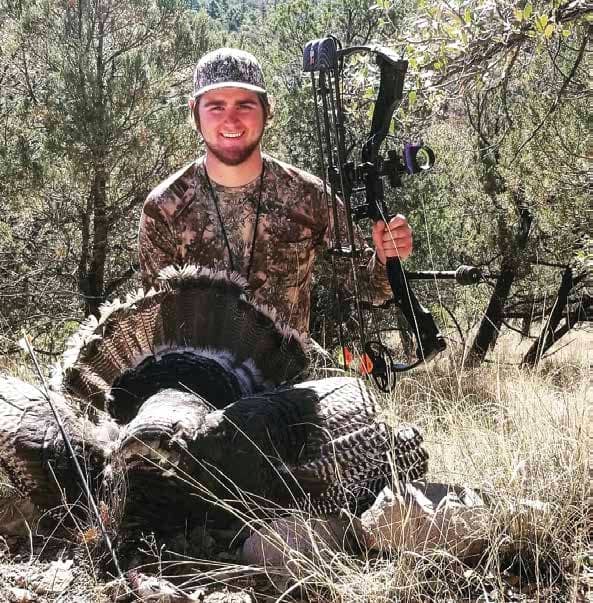 Growing up, hunting was never just a hobby for me; it has always been a passion and a part of my life. I owe a great deal of thanks to my parents for starting me out hunting at an early age and being so passionate for wildlife conservation. Without them, none of my hunting success would have ever been possible. I started hunting with my dad at the early age of four, following him around with a Red Ryder BB gun while he did the real bird hunting. It stuck in my veins, and now at 26, hunting is all I ever think about.

I moved to Flagstaff, Arizona, a few years ago, and one of my close friends convinced me to take up archery hunting. I soon learned that bow hunting was going to be more challenging than hunting with a rifle, but I liked the idea of drawing more tags and having more opportunity to hunt every year. I was a lousy shot when I first started but, as with anything in life, practice is the key.

Fast forward to 2018: My father and I were lucky enough to draw Arizona Gould’s turkey tags. These tags are pretty coveted, and some hunters wait a long time to draw one. We had not hunted together for some time, so we were excited about the trip. I decided I wanted to shoot the turkey with my bow and left my shotgun at home. 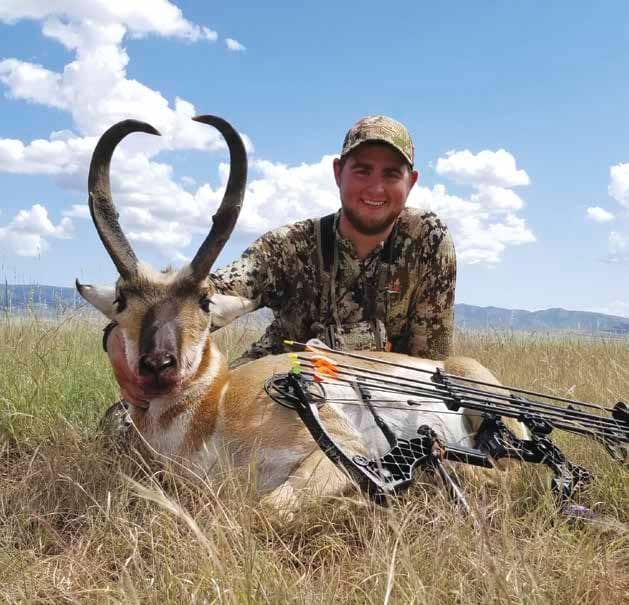 We headed to southern Arizona with limited time to hunt but had knowledge of where we needed to be, which is important with only a few days to get it done. The turkey population was reported as good in our unit, which seemed to be true when we were greeted by a beautiful big, old tom as we arrived the night before opening day. The hunt turned out to be pretty tough. We roosted birds, were up every morning at 3:00 a.m., set up “perfectly” only to have the turkeys stop calling as soon as they flew out of their roost.

Mentally beat down and tired, on the last day we managed to double up on our birds. I shot mine at 40 yards with my bow, followed by Dad taking his at about 20 yards with his shotgun. It was a hunt I will never forget, with my dad right by my side the whole time! 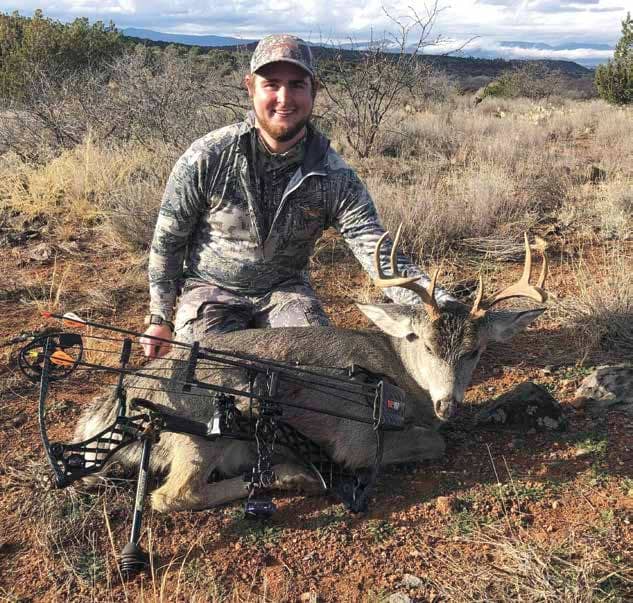 Going into the fall draw for elk and antelope, I stuck with my bow and put in for archery hunts. As luck would have it, I drew both pronghorn and elk tags! I had never hunted pronghorn with a bow and was up for the challenge. I began scouting immediately. My dad arranged a trip with Jim McCasland (yellowhornoutfitters.com), whose knowledge of pronghorn and my hunt unit was invaluable.

A buddy told me I needed to be able to shoot accurately out to 70 or 80 yards, as it is extremely tough to get within bow range of pronghorn. I went to the range almost every day for five months, not thinking I would ever take a shot past 70 yards, but I practiced shooting at 3D targets all the way out to 120 yards just in case. I became extremely comfortable shooting at 70 yards and could consistently hit a pie plate at 110 yards. Even at that distance, I was aware of just how fast an antelope can move and had some doubt about the chances of slipping an arrow into one at that distance.