MUSKIES ON THE FLY 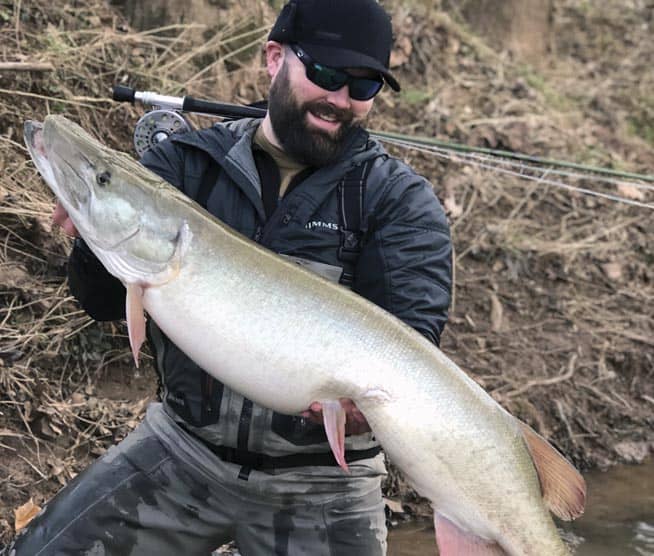 The post-spawn period can produce some of the most productive hours ever for those who chase muskies in creeks and small rivers. I am no biologist so I don’t know everything about muskies post-spawn, but I have spent years on the water in the Southeast and have taken note of many trends.

Musky action during this time of year can be sporadic and frustrating, but it can also be very rewarding. As a “fly guy” I prefer to fish smaller waters because they can really shine. From late February to the early part of June, creeks and smaller river systems see a spike in numbers and size of muskies. I believe this is due to the water farther up in these systems reaching the right conditions for spawning sooner than the lower/deeper sections. The muskies move up as does their food source, which gives them incentive to stay longer.