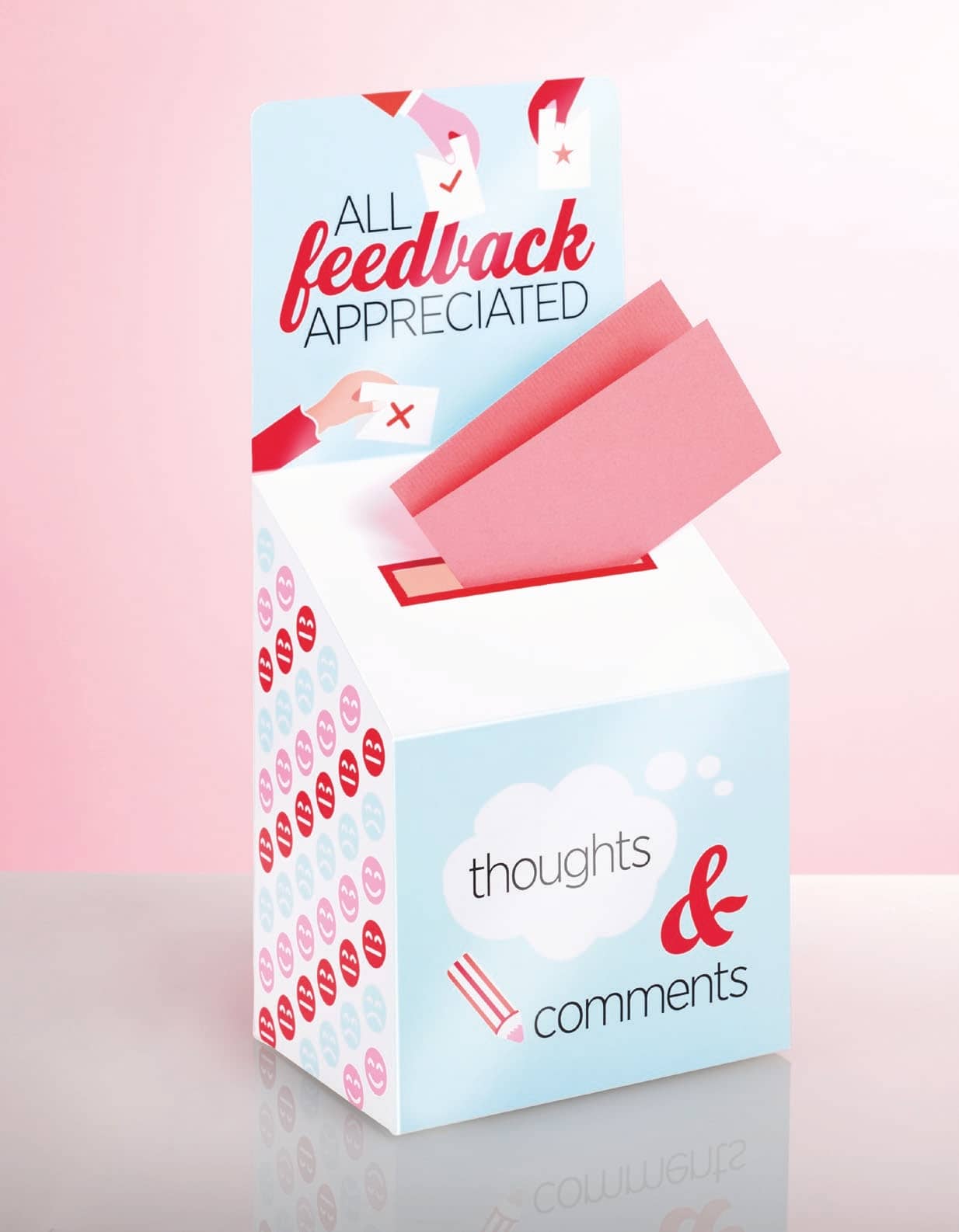 Receiving constructive criticism on your work can be terrifying. But do it right and it can be a career game-changer.

Five short words. One terrifying phrase. ‘Can I offer some feedback?’ Wherever you’ve worked, the chances are someone has told you just how well – or not – you are doing. But do you really need it? Feedback is the subject of hot debate in the business world. A new study by the University of Toronto found that feedback can stifle creativity, while research by London’s Queen Mary University says that, when given during a complex task, it can hinder performance. And a recent Harvard Business Review story called it a ‘fallacy’, saying others’ views of our work are ‘more distortion than truth’. On the flip side, Netflix reportedly encourages harsh feedback and holds dinners where staff go around the table criticising others (gulp).* In Silicon Valley, the trend is ‘radical candour’, a concept developed by executive coach Kim Scott, where bosses ‘challenge directly’ and tell employees how they can improve. So how do you ensure feedback helps, rather than harms, your career (and your self-esteem)? We asked the experts…

You don’t have to wait for an annual appraisal to find out how you’re doing, but make sure there’s a purpose for seeking feedback. ‘Asking all the time signals insecurity,’ says career expert John Lees.** ‘Don’t ask enough and there’s a danger you’re operating in a bubble.’ A good time to do it, he says, is when you get a sense that things aren’t moving in the direction you’d like. Maybe you’ve been overlooked for a promotion, you know a meeting went badly, or have heard rumours that you’re not seen as an enthusiastic team member. The end of a big project is also a good time, says Helen Matthews, chief people officer at advertising agency Ogilvy UK. ‘I encourage staff to do it then, as their work’s fresh.’