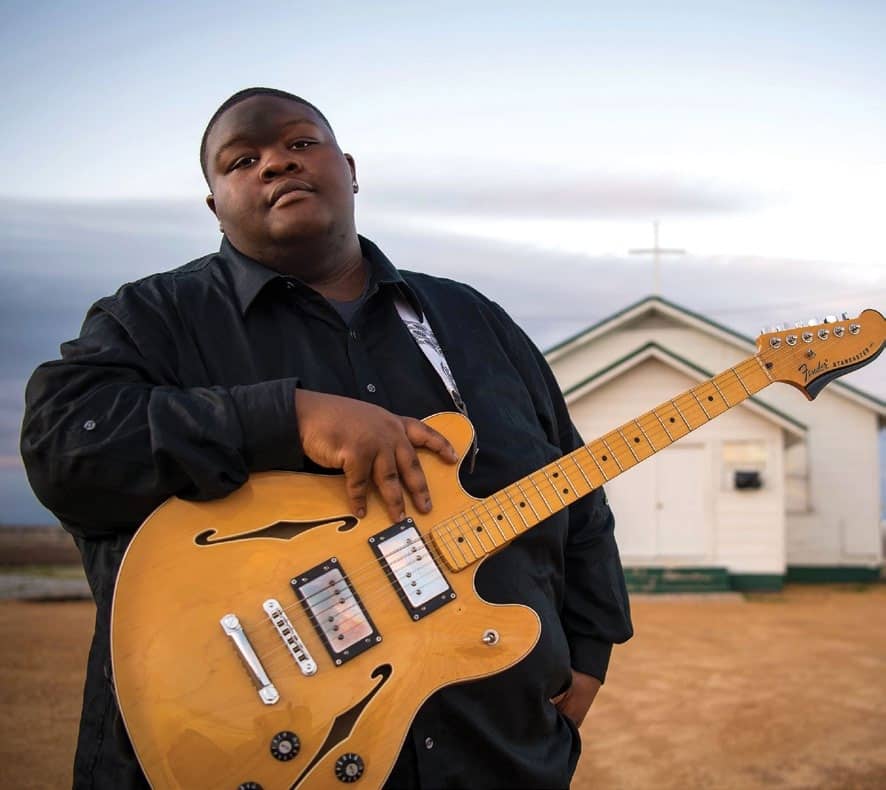 A native of Clarksdale, Mississippi, Christone “Kingfish” Ingram comes from the land of Muddy Waters, Robert Johnson, John Lee Hooker and Skip James. Just turned 21, this young man with the blues respects his music’s past even as he shapes its future.

Chicago’s Alligator Records released Kingfish, Ingram’s justifiably confident album debut, last year. Produced and co-written by Grammy winner Tom Hambridge, Kingfish earned the singer-guitarist a Grammy nomination for best traditional blues album. In an Alligator Records press release, the label’s president and founder, Bruce Iglauer, says Ingram and the longrunning blues label are a natural fit. “Kingfish is one of the most exciting and passionate young artists I’ve seen in many years,” Iglauer says. “He’s creating new music that feels like blues, but doesn’t copy what’s already been done. You can hear that raw Delta honesty in his playing and singing. His guitar work is technically dazzling, but it’s all about the emotions of the song and moving the audience.”