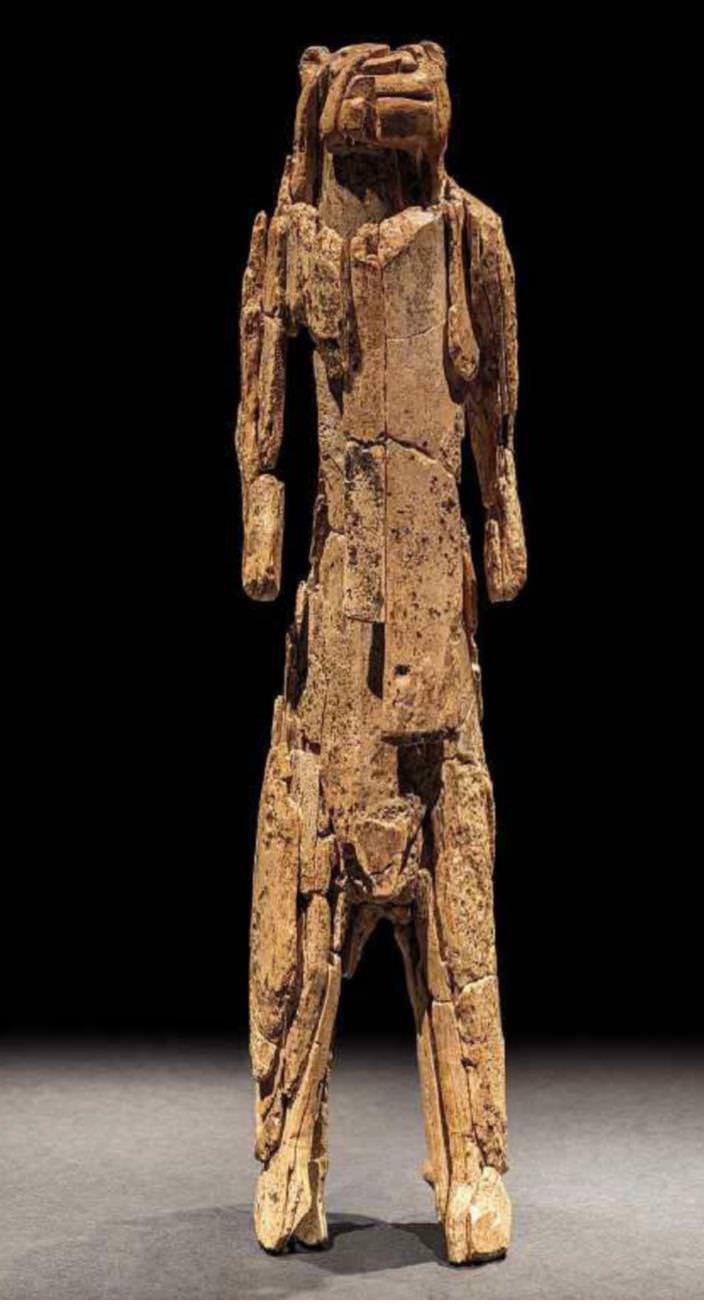 Around 40,000 years ago, someone sat down with a piece of mammoth tusk and spent hundreds of hours carving a lion-headed man (ivory is very difficult to carve with the stone tools available in the Ice Age). When you see the foot (31 cm)-high figure in the Living with gods exhibition at the British Museum, it’s not just the age of the artefact that impresses you; it’s the fact that so many thousands of years ago our ancestors had a sense of imagination, of spirituality or the supernatural, of awe. The mammoth was the largest creature in their experience, the lion the fiercest; and they were brought together with man in this figure. There’s a power in the lion-man’s gaze, in his proud upright stance, which is still there after so many millennia. We don’t know whether he represented a god, or an avatar of some sort, but the curators say that we can tell from how the ivory has been worn that he was handled, rubbed, perhaps passed around. This deliberate creation of a non-existent figure held a ritual importance we can only guess at – but he’s a link between our ancestors and ourselves, and startling evidence of how early in mankind’s societal development we expressed a spiritual awareness.