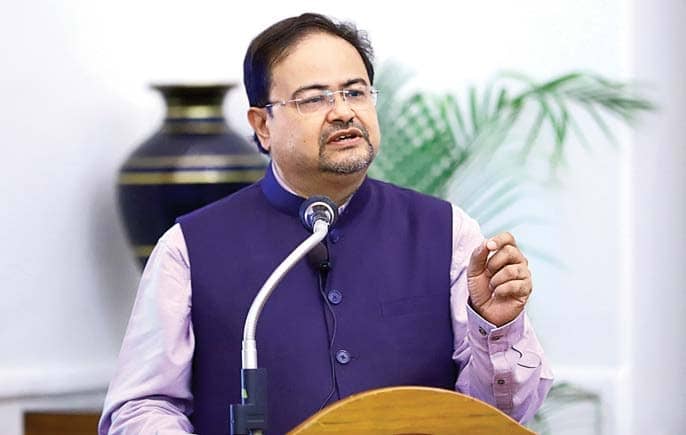 Did you know, IIM Kozhikode has the highest number of women in its board across all IIMs and IITs? The institute’s director, Professor Debashis Chatterjee, talks to Nikshubha Garg about gender diversity, its implications, pay parity and more

IIM Kozhikode (IIM-K) was set up in 1997, and since then, has evolved into an institute of reckoning in the Indian management education space. One of the seminal achievements of the institute has been its focus on building a new ethos around gender diversity. Nurturing the cause is Professor Debashis Chatterjee, the current director of IIM-K, serving his second term at the institution. In his earlier five-year tenure (2009-2014), he was credited with admitting more than 50 per cent women in its flagship postgraduate programme. “My aim is to start a force that is irresistible and irreversible, then, it becomes a part of the system. Beyond me there is a reality which I cannot map, but I can do the little bit that I can,” he says as we meet in his office on campus. Having handled leadership classes across the world and authored 17 books, Chatterjee has his work cut out, but tries to use each day to make a difference.

There are several discussions around diversity. Why is it important?

Diversity is important because it brings together multiple intelligences to solve a problem. I have what you may term ‘verbal intelligence’—I can articulate myself. However, another individual may not possess the same quality, but is no less capable. Here’s an example: I was invited to address students at the Oxford Science School of Business. It began raining, and I visited a grocery store near my hotel, run by an Indian, to buy an umbrella. As I looked around, he came up to me and asked, ‘Sahab, aap kis liye aaye hain?’ I told him my purpose, and he immediately asked, ‘May I come to hear the talk? I have never met an Indian at this store who is giving a talk at Oxford.’ I replied in the affirmative, but he was quick to say, ‘I am uneducated.’ I was taken aback, but told him, ‘No one is uneducated. You enter a customer’s mind through his heart by enticing him to buy your umbrella. I enter my customers’ hearts (which is his students’ minds) through their heads. You move from heart to head, I go from head to heart. I don’t possess the intelligence you do, because I can’t sell like you.’

In the education space, with the problems becoming more complex with each passing day, diversity is more critical than ever before.

Talk about the women who influenced your thought process.