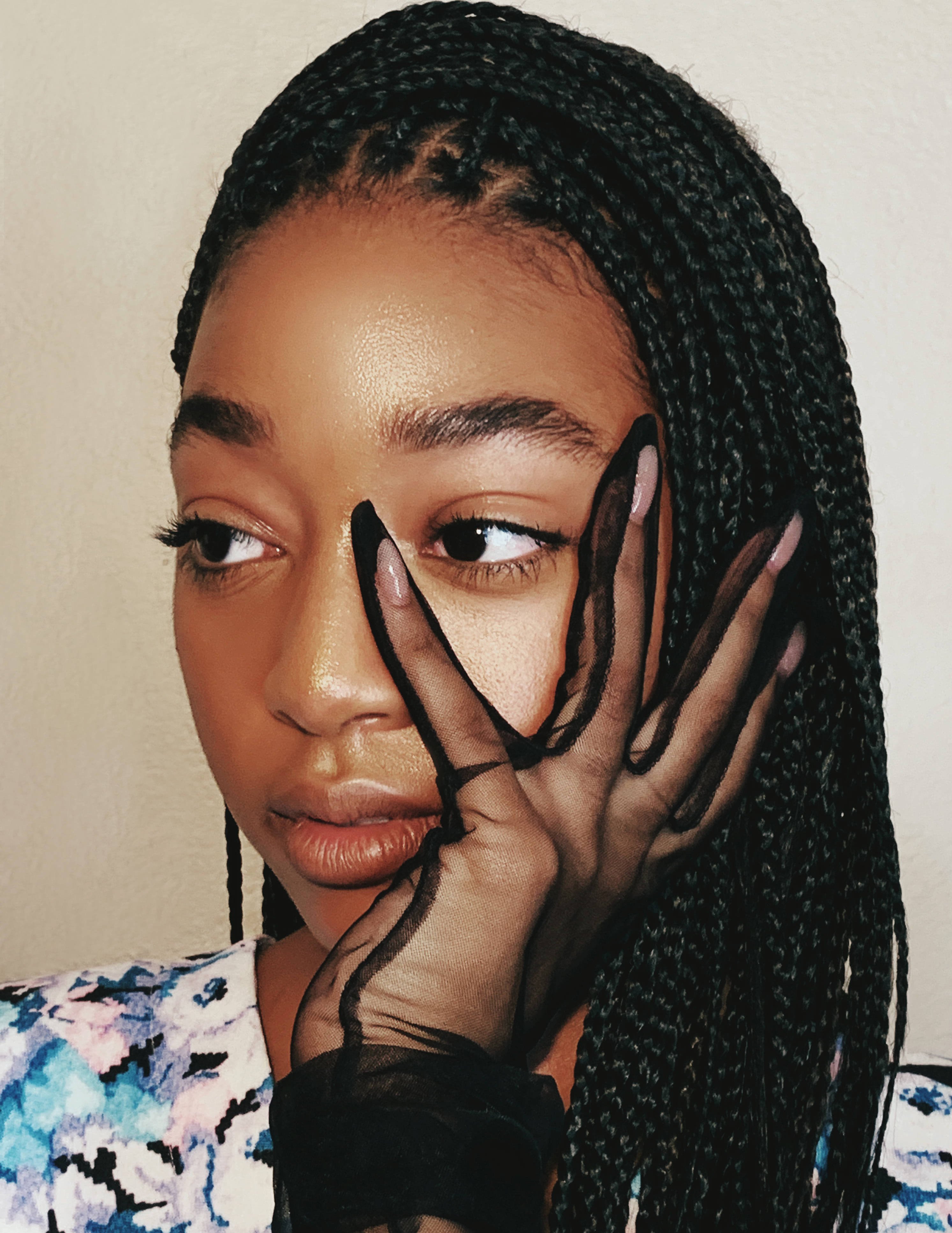 Eris Baker was born and raised in Los Angeles. She saw others acting, and wanted to do it as well. Her parents found her an acting coach, and the rest is history. Eris booked the role of Tess on the NBC hit show, This is Us, before the show even had a set title. No one knew it would be as successful as it was, but now, everyone is in love with the Pearson’s and cannot imagine T.V. without the Pearson’s powerful family dynamic. Eris has won two SAG awards for her role as Tess, who came out to her parents in the last season of the show. In fact, Eris did a ton of research on people who had come out to their parents before shooting Tess's powerful scene doing just that. Eris reminds us that there’s power in numbers. Eris also reminds us that if we come together we can make a real change. Read Glitter’s exclusive interview below to get the scoop on Eris Baker and her thoughts on #Black LivesMatter and the state of the nation right now.

GLITTER: Where did you grow up and how did you get into acting?

ERIS: I grew up in Los Angeles! I was born and raised here. I would see young actors on television from a young age and think “I could do that!” I participated in all my elementary school plays and my love for portraying characters just grew and grew. I told my parents I wanted to be an actress. I was their first child, so they kind of figured all kids say that growing up. They went on to put me in other activities, basketball, t-ball, dance, Taekwondo. . . you name it, I was in it! I had fun doing those activities, but nothing stuck. One year, I wrote a letter to Santa for Christmas that said that all I wanted was to be on television. My parents found me an acting coach, and the rest was history. I was at my best when I was in character. Since then, I’ve never stopped acting!

GLITTER: Where do you reside now and what are some things that you enjoy about your location?

ERIS: I still live in Los Angeles. I enjoy so many things about my location. One bonus of living in L.A. is that the majority of my family and friends live here. My parents were both born and raised here too, so L.A. is near and dear to our hearts.

L.A. is such a vibe! We are both “on-the-go” and chill at the same time. Not too fastpaced but definitely not slow. You can enjoy the beach, take a hike, or drive for a couple of hours and see some snow. We are fashion-forward, innovative, and trailblazers - I love L.A.

GLITTER: Do you have any fun memories you can share from your time on K.C. Undercover?

ERIS: I met one of my dearest friends, Trinitee Stokes, on the set of K.C. Undercover. We were like two peas in a pod on set. I met her and we immediately hit it off. It was the craziest thing! We would have such amazing times on set. I remember doing a scene with her and we could not stop making each other laugh. Right when the director said cut, we would be on the floor laughing, for no reason at all. 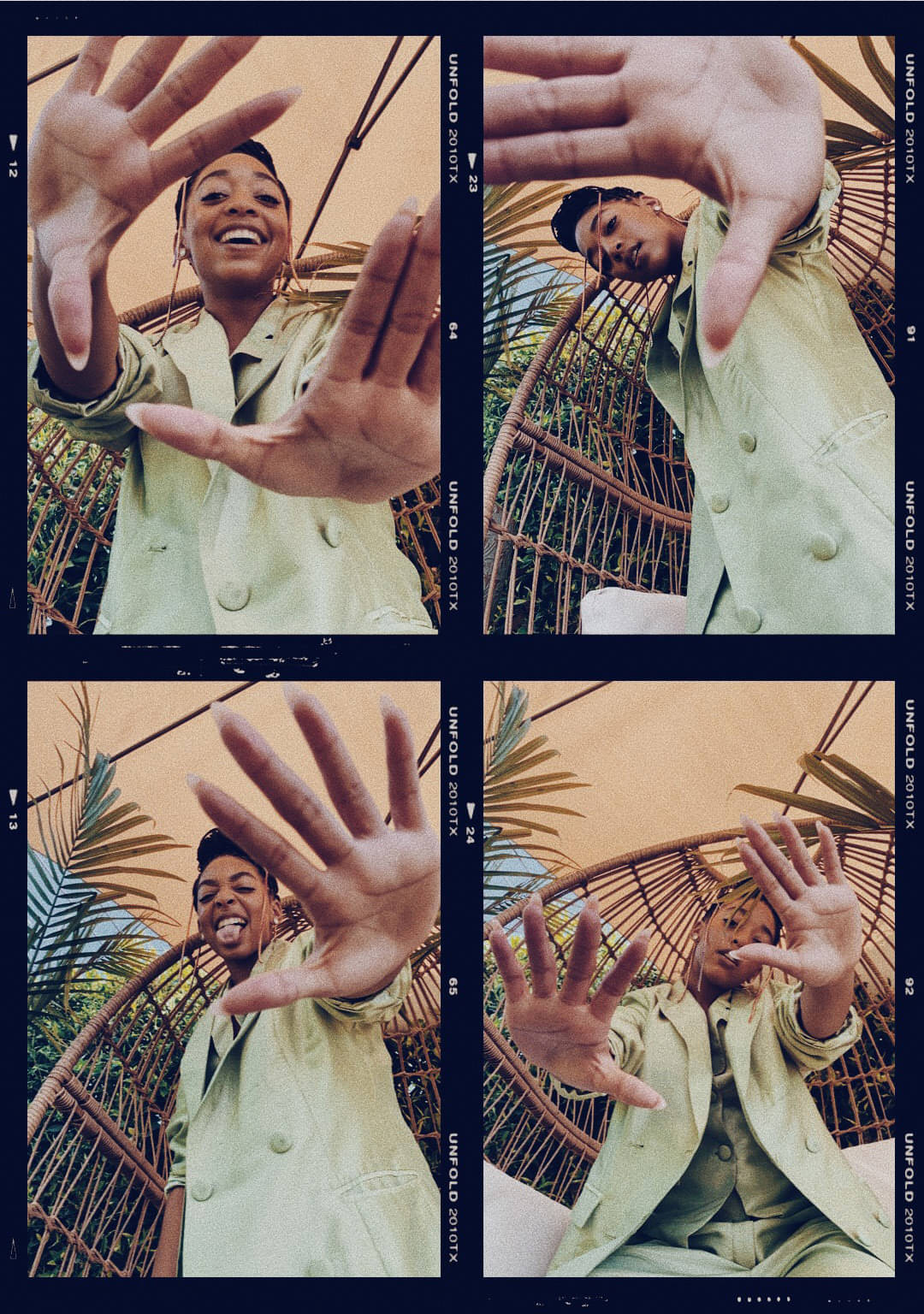 GLITTER: How did you feel when you landed your role as Tess on This is Us?

ERIS: The feeling is indescribable. I was only ten years old at the time, so booking a television show was one of my biggest dreams. I had so many mixed emotions when my parents told me I booked the role of Tess Pearson; I was excited to finally get to see what it feels like to have a job, to report to set, meet new actors, hear a director yell “cut,” and create some funny bloopers. I cried hearing the news! I could not believe that I booked it. I was feeling all the feels. To this day, I am still shocked that I am apart of such an incredible series. Forever grateful!

GLITTER: Did you ever think This is Us would have the success that it has had?

ERIS: I booked the show when it was just a pilot. It didn’t even hold the title, This Is Us, yet. I didn't know what to think, but I definitely didn't expect it to gain the attention it did. When I had a chance to see it all come together, I knew it. We filled a void. We represented families across the globe. The complexities, the ironies, the beauty of life, and death, we cover it all. I'm grateful for the millions of people who tune-in each week, it's still mind-blowing.

GLITTER: What went into preparing for your character Tess’s coming out on the show to her parents?

ERIS: The scene of Tess coming out to her parents took a lot of preparation. I started by writing in a journal as if I was Tess, writing down her feelings and thoughts. That was actually a recommendation from someone that helped me define the moment and tap into the inner feelings, issues, and concerns of Tess. I also did more traditional research, and read other people’s coming out stories, analyzed what they were feeling and how they went about the situation. All of that helped me to make that moment feel authentic.

GLITTER: Can you tell us about winning two SAG Awards and how that made you feel?