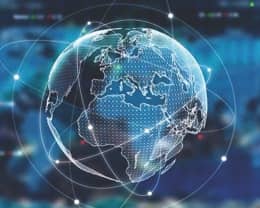 Prologue: The Indian financial market witnessed exciting twists and turns throughout 2019 due to events from all fronts, political, economic, social and corporate, both global and domestic.

Indian market started the year with high hopes then saw really miserable levels in middle of the year as economic growth fell to new lows. But at the same time in the current results during the Q1 & 2 of FY2019-20, on consolidated basis, we find that the key growth came from the export-driven industries such as information technology, pharmaceuticals, although there is tremendous recession in automobiles and metals but obviously there is a definite growing global presence of India in the international market - that brings the danger of a greater exposure to political risk by the Indian Companies working abroad. Precisely that aspect prompted me to come forward to start a discussion on various facets of Political risks.

What is Political Risk?

Basically the political risks are the inherent, intangible risks being faced by the firms who are doing business internationally, arising from the action(s), or inaction(s), of: 1. The Insured's Government; or,

3. A third party country which deprive a company of all or part of its assets; or prevent or restrict the performance of any contract.

War, riots, coups, embargoes-the sort of political upheaval that once occupied statesmen, mercenaries and spies is these days also the concern of less swashbuckling figures in the world of finance. A band of corporate-risk officers, export managers and international bankers are looking to insurers to shield them from the financial consequences of political turmoil around the world. Political risk cover would once have appealed only to the most intrepid enterprises: oil firms prospecting in the Niger Delta, or mining operations in dodgy corners of central Asia.

But as companies push their business into ever more remote localities, so they have sought protection against more exotic risks. The dangers of politics now hang over companies as diverse as fruit growers in Latin America, film producers in Fiji and bankers in Dubai, London or New York.

What is Political Risk Insurance?

Political Risk Insurance (PRI) is a tool for the Multi-National companies/enterprises, equity investors, financers, contractors, importers & exporters to mitigate and manage risks arising from adverse government actions, confiscation of assets, breach of contract or war and civil strife. PRI helps, as a risk mitigation tool, to provide a more stable environment for the various investments into developing countries, and to unlock better access to finance.

The multinational enterprises - either as direct investors or exporters, use this PRI to enhance their confidence in the markets perceived to be riskier than home markets. PRI allows investors to concentrate on the commercial aspects of investments, with the comfort that someone else - PRI providers - will help them avoid potential losses, or reimburse them in case of a covered loss related to political causes.

Political risk insurance is a type of insurance that can be taken out by the businesses, of any size, against political turmoil - the risk that war, invasion, act of foreign enemy, hostilities or warlike operations (whether war be declared or not), civil war, mutiny, civil commotion assuming the proportions of or amounting to a popular rising, military rising, rebellion, revolution, insurrection or military or usurped power or other political conditions that will result in a loss. Political risk insurance is available covering several types of political risk, including:

Governmental expropriation or confiscation of assets;

Governmental frustration or repudiation of contracts;

Wrongful calling of letters of credit or similar on-demand guarantees; and

Inconvertibility of foreign currency or the inability to repatriate funds.

As with any insurance, the precise scope of coverage is governed by the terms of the insurance policy. Big and multinational companies are drawn to expand into international markets, mainly in search of lower costs, considering the new opportunities and easier acess to potential

resources. When they arrive, however, they often find that the policies of foreign environments add a risk and complexity to their business performance. A question for companies operating internationally thus becomes how best to manage the political risks. Not only do political changes pose direct risks to firms/organizations, but politics is also a component of other external risks. Moreover, political risk is often perceived to be outside of management's control, making it difficult to define or predict.

Given to the complexity of these issues, it is no wonder that corporate risk officers, export managers and international bankers will be looking for this cover simply because the Political Risk Insurance (PRI) protects an insured in case a foreign country confiscates its goods or equipment or if it interferes with the fulfilment of a contract to be complied by the organization. Nowadays the Political Risk Insurance cover becomes the dire need to be covered by the MNCs or the companies who are engaged abroad mainly because:

1. The politics of foreign environments adds risk and complexity to business performance.

4. But India's investment in developing countries like South East Asia, Africa etc., will drive defiinite growth of PRI in future.

The underwriting of political risk insurance is a dynamic & growing business. As globalisation increases, there are more corporations doing more business in various places around the world with each passing year. Some of the changes occurring in the business are high growth, new product offerings, and a greater role for private capital. While political risk insurance policies are sometimes manuscripted for specific situations, the major political risk insurers have standard forms for the coverages that they issue.

Companies are drawn to expand into international markets in search of lower costs, new opportunities and access to resources. When they arrive, however, they often find that the policies of foreign environments add risk and complexity to their business performance. The question for all such companies operating internationally thus becomes how best to manage political risk. Not only political changes pose direct risks to such firms, but politics is also a component of other external risks. Moreover, political risk is often perceived to be outside of management's control, making it difficult to define or predict.