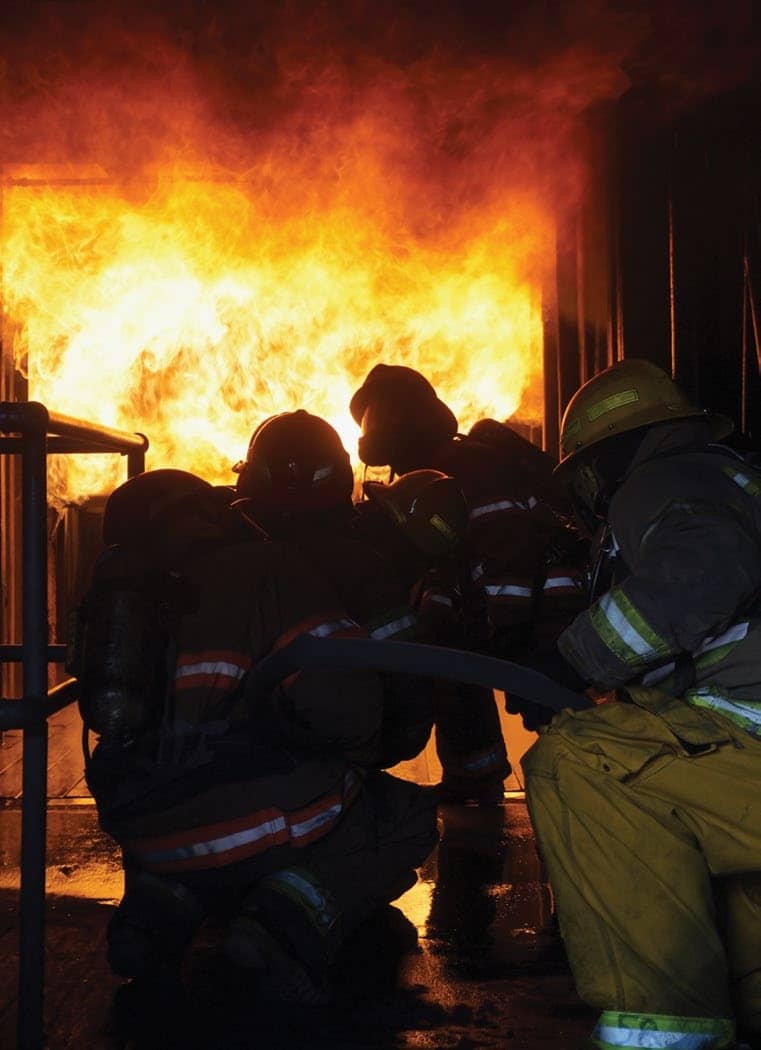 Seemingly out of nowhere, word spread of a fire in the galley and a missing crew member. A firefighting team wearing turnout gear and self-contained breathing apparatus mobilized quickly and stepped into the dark, smoky space.

Before reaching the flames, the responders found what appeared to be an unconscious crewmember on the floor. The hose team briefly split in two. Half carried the wounded person to safety while the others advanced toward the fire.

The firefighters shouted back and forth, relaying information as they attacked the flames coming from a vent above the stove. The fire receded or grew depending on their technique. Eventually, their efforts paid off.

“Fire’s out!” one firefighter shouted.

“Fire’s out!” another firefighter echoed as word moved to the rest of the hose team.

This training scenario played out repeatedly on a February afternoon at the multilevel firefighting facility operated by the Maritime Institute of Technology and Graduate Studies (MITAGS) north of downtown Seattle. Propane gas-fed real flames coming from the replica galley, and smoke machines created a haze within the small room. Veteran firefighters moved with the trainees every step of the way, providing tips and guidance as they fought the flames in a controlled environment.

Randy Hyde, a retired federal fire service captain who served for many years at Puget Sound Naval Shipyard, said the basic firefighting course has a few key objectives. Instilling confidence is a big one. Getting acclimated to fire, and the equipment needed to adequately respond to a fire, is another.

A fire is one of the most severe emergencies a mariner will ever encounter. Flames can rapidly spread, and toxic smoke can overwhelm a wheelhouse crew within seconds. Fires in confined spaces are challenging to extinguish, and they put the entire vessel, its crew and cargo at risk. 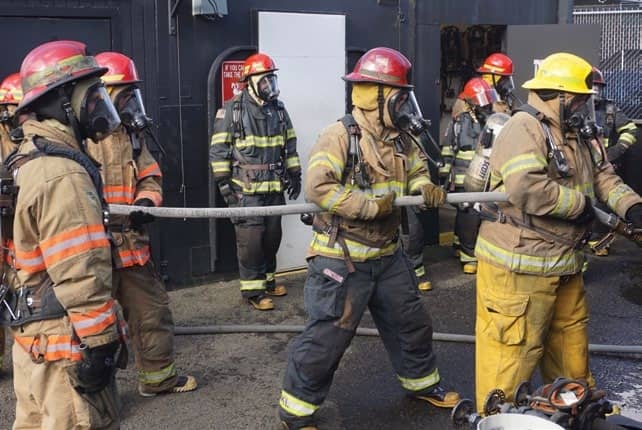 Despite steady overall improvements in maritime safety, several high-profile fires in recent years have caused the entire industry to take notice. These include cargo fires aboard foreign-flagged containerships, the Sincerity Ace fire in the North Pacific Ocean in early 2019, and the Conception dive boat fire last fall. Five mariners aboard Sincerity Ace died, and 34 people died aboard Conception.

Fires on towboats operating on inland waterways occur with some regularity. Within a month in early 2018, engine room fires aboard George King and Leland Speakes spread throughout the vessels, effectively gutting them. In September 2018, Jacob Kyle Rusthoven was destroyed by fire while underway on the Lower Mississippi River.

In each case, National Transportation Safety Board (NTSB) investigators identified challenges associated with fighting fires aboard towboats. The lack of firefighting gear on many of these vessels — it is not required by the Coast Guard — limits what crews can reasonably do to combat the flames.