The Rise and Rise of Tyler Perry 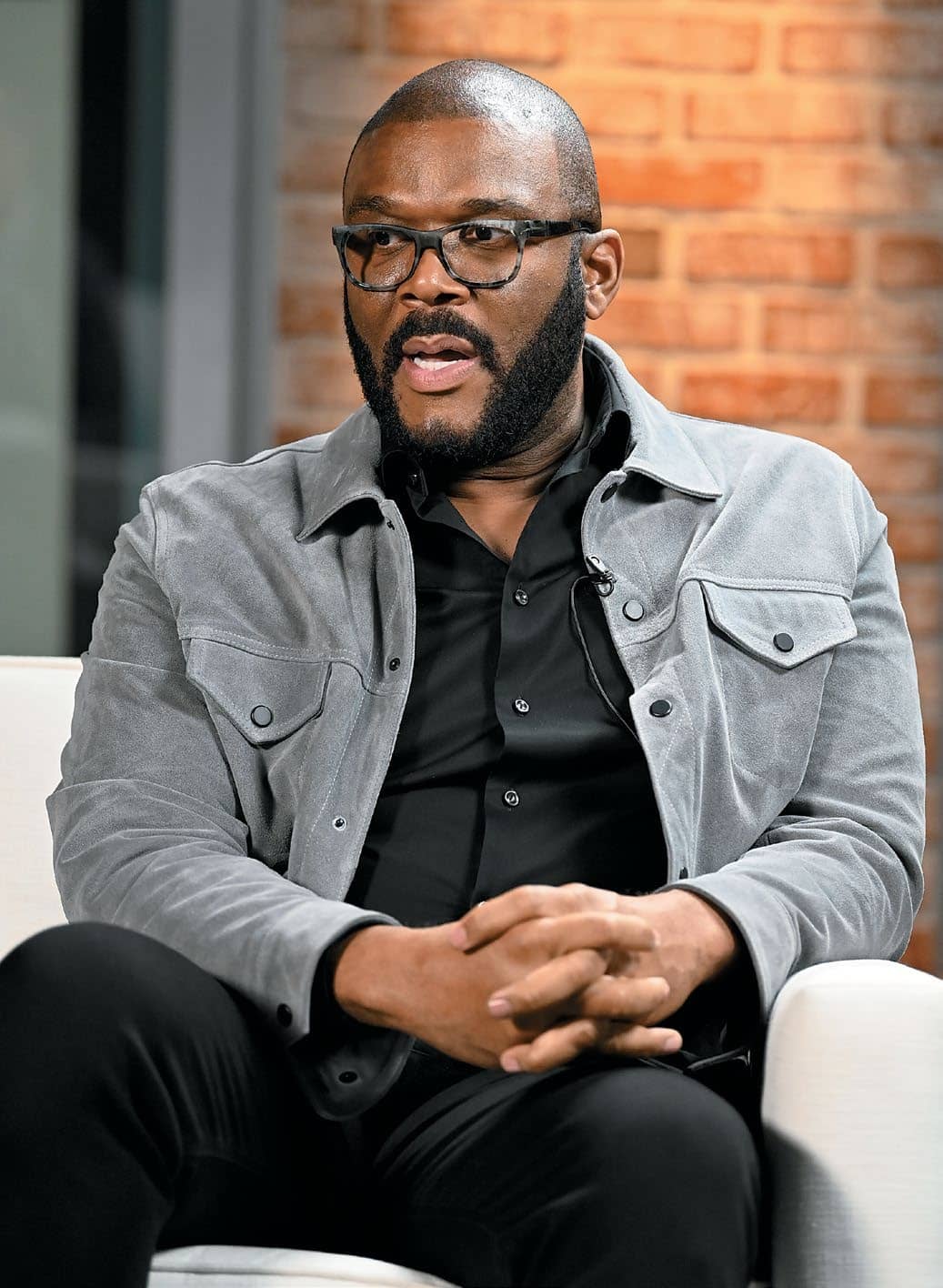 From “poor as hell” to billionaire: How Tyler Perry built an entertainment empire and changed show business forever

Damn, it’s hot out here,” says Tyler Perry, who isn’t making it easy on himself, clad in all black but for the shock of a white mask, as he directs a 12-person crew through a scene for the BET comedy Sistas. Last year, Perry might have avoided shooting in Atlanta’s July sun, but in this coronavirus era, you take any window and “Camp Quarantine” at his Tyler Perry Studios is trying to pioneer post-pandemic entertainment making.

“Get out of the car,” he calls out to an actor in a cop car who walks over to a silver pickup driven by show regular Devale Ellis. Then he feeds Ellis his line—“What’d I do?” No one seems to have seen the script. When you’re looking to get an entire season of primetime television in the can in 11 days—all before the rest of Hollywood has made it out of hiding—corners must be cut.

Away from the shoot, sitting alone on a metal folding chair in the centre of a cavernous and empty soundstage, a container of Lysol wipes at his feet, Perry explains his method. “I mostly go on my gut and my instinct. I like to challenge the system and see what I can do differently.”

That’s an especially winning strategy in a system that feels stacked against you. Mostly dismissed by the Hollywood establishment and even some other Black luminaries, Perry has succeeded for two reasons: He has honed a product that too many others viewed as destined for the discount bin. And he made sure to control it all.

The 51-year-old entertainer owns the entirety of his creative output, including more than 1,200 episodes of television, 22 feature films and at least two dozen stage plays, as well as a 330-acre studio lot at the edge of Atlanta’s southern limits. He used that control to leverage a deal with ViacomCBS that pays him $150 million a year for new content and gives him an equity stake in BET+, the streaming service it debuted last September. Forbes estimates Perry has earned more than $1.4 billion in pretax income since 2005, which he used to buy homes in Atlanta, New York, Los Angeles and Jackson Hole, Wyoming, as well as two planes. Quite a lifestyle for a once-homeless playwright raised in poverty in New Orleans. Today, Forbes estimates his net worth at $1 billion, with a clear path to future membership in The Forbes 400.

“I love when people say you come from ‘humble beginnings,’ ” he says. “[It] means you were poor as hell.” It also makes success sweeter. “Ownership,” he adds, “changes everything.”

A natural ham, Perry grew up making his mother laugh with impersonations. He was dealing with more than poverty: He describes an upbringing by an abusive man who he later learned was not his father. He was inspired to write out the stress he was feeling after watching an episode of Oprah Winfrey’s talk show, and spent his 20s touring small theatres around the country performing the plays he wrote, produced and starred in—a crash course in what was to come.

“You got to understand, I had no mentors,” Perry says. “My father doesn’t know anything about business, and my uncles and mother, they know nothing about this. I didn’t go to business school. Everything I’ve learned, I’ve learned in progress.”

After dropping out of high school, he gained knowledge any way he could. In his early 20s, he worked at the Windsor Court Hotel in New Orleans, home to the annual National Association of Television Program Executives conference. The young Perry would use badges left behind in empty rooms to sneak into closed gatherings. One highlight: Meeting game show host Pat Sajak.

He began writing scripts while selling cars and serving as a bill collector. He eventually cobbled together $12,000, which he used to rent space at a community theater in Atlanta to produce a work he had drafted in his spare time.

The play, I Know I’ve Been Changed, was a story of child abuse survivors. It was hardly an overnight success. At one point it wasn’t generating enough money to enable him to pay his rent, and for three months, he lived out of his car on and off while he tweaked the production, working out the kinks until it started to garner some notice. He designed the set, made the programmes and hung the lights; he even sold snacks during intermission.

“It took me I don’t know how many days to finally get him convinced that the writer, director, does not do this,” says Arthur Primas, Perry’s promoter for more than two decades.

Perry toured relentlessly, slowly building a strong following among Black Americans, particularly the churchgoing set—older women like his mother, who had their burdens to bear and relished the chance to have someone give them a voice and, even better, a laugh. His iconic character, Madea, a straight-talking grandmother with a bad wig, a large stomach and even larger breasts, delivered her homespun moralism with brutally honest humor, becoming a must-see spectacle on the so-called “Chitlin Circuit,” a loosely defined network of small theatres in Black communities nationwide.

“I was aware of the traveling plays, but I never really took them seriously because . . . I considered myself a person who appreciates theatre and Broadway,” Winfrey says. “But I went to see one in Los Angeles, and I was not just moved by it, I was changed by it.”