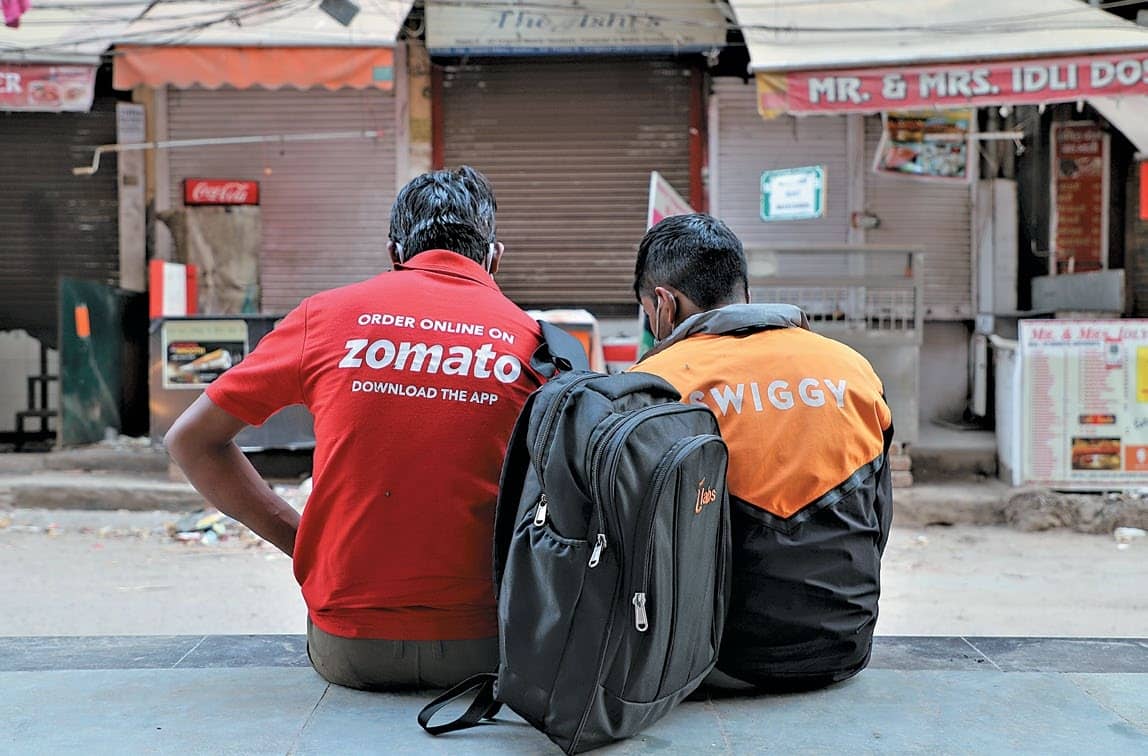 The rules are yet to be framed, but experts say the Code on social security in its current form creates more challenges than clarity surrounding the employment of gig and unorganised workers

When the going gets tough, Priyanka Thorat wonders what it would be like to have a job with a steady income and other monetary benefits. The 24-year-old has been working as a delivery executive with food tech platform Swiggy for the past three years, but things have been difficult of late. Earlier, she used to complete between 20 and 25 deliveries daily, but since the lockdown in March, barely 10 orders come her way every day. This has resulted in her weekly income reducing from approximately ₹4,000₹5,000 earlier to ₹2,000-₹3,000.

A resident of BDD Chawl in Mumbai’s Worli locality, she tried to take up other jobs to supplement her income, but either there were safety issues or the roles were not flexible enough for her to take them up along with domestic responsibilities. “It’s difficult to keep the house running,” says Thorat, whose parents passed away when she was a teenager, resulting in her quitting school to support herself and her three siblings.

She is unaware that just a week before our conversation in early October, the Parliament passed three Codes in an attempt to overhaul the complex labour laws of the country. This includes the Code on Social Security, which, among other provisions, directs aggregators like ride-sharing services, food and grocery delivery services and eCommerce platforms, to contribute 1 to 2 percent of their total annual turnover towards social security provisions for workers. This includes disability and life insurance benefits, accident cover, maternity coverage, creche services, old-age protection, gratuity and provident fund contributions.

Priyanka, however, worries this might hit her income further. “If you start deducting even ₹200 or ₹500 from our monthly income for these benefits, it will be a problem. If I earn only about ₹10,000 a month and have a hand-to-mouth existence, I need every penny in hand to make ends meet.”

Analysts and experts Forbes India spoke with also highlighted similar concerns. “I think the Social Security Code misses the real problems gig workers face,” says Sahil Sharma, co-founder and chief executive officer of GigIndia, an on-demand marketplace for gig workers. He explains the legislation should have considered issues with regard to fluctuation of income [which depend on factors like number of rides or deliveries per month, among others] and continuity in getting work.

About 90 percent of gig workers lost their income since the Covid-19 lockdowns, according to an August survey by global fintech venture firm Flourish Ventures. Conducted among 770 ride-sharing drivers, delivery workers and house cleaners registered on digital platforms, it states that nine out of 10 gig workers with monthly income of ₹25,000 pre-pandemic were making less than ₹15,000 a month now. More than a third of gig workers were making about ₹168 per day or less. About 47 percent could not cover their expenses for a month without borrowing money, while 83 percent had to use up their savings to survive through the crisis.

According to Sharma, while provisions like provident fund and gratuity might be beneficial to workers in the long run, there might be opposition or pushback because it will hurt their immediate income. “Cab aggregators, foodtech or e-commerce platforms whose unit economics is still negative—and they are nowhere close to profitability—will definitely push the cost on to the gig workers,” he says. “These companies are struggling with high attrition rates, and this might make it more difficult for them to engage gig workers.”