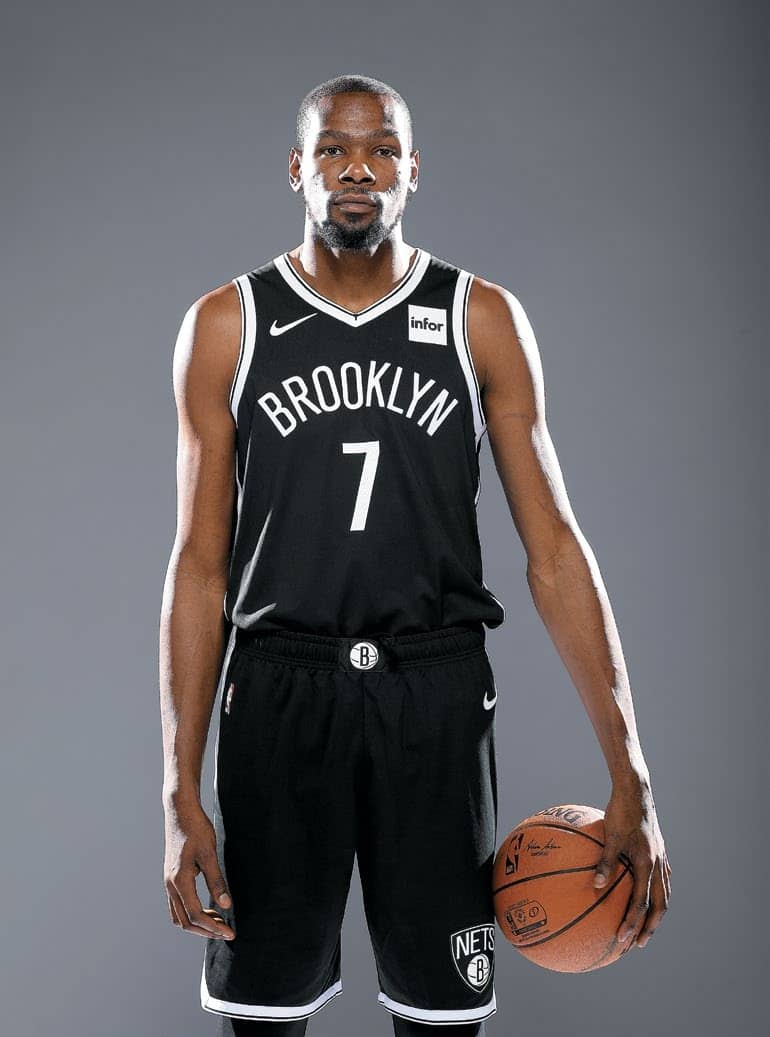 The NBA superstar has come to New York with three goals in mind: A return to dominance, a defining championship and a lasting business empire They’re all interconnected

Settling into his (yes, infinite) blue velvet couch, Durant can toggle between the stunning skyline and his trophy-stacked office, filled with a museum’s worth of MVP, All-Star and other superlative hardware. (His two NBA championship rings, won with the Golden State Warriors, have a special home in the bedroom.)

But Durant’s focus is on present challenges, rather than past triumphs. Across from his trophy room sit a Pilates machine and a cagelike strength and balance trainer called a Sensopro, here to assist a career-saving comeback as he rehabs the Achilles tendon he ruptured during June’s NBA Finals in front of a television audience of 18 million. That season was done—the current one too. “What’s most important is to take care of my body so I can put my product back on the court,” Durant says, fresh from a workout wearing a printed hoodie featuring the antihero from the film A Clockwork Orange and black-and-orange Jordan high-tops. “How well you play on the court determines how big your business is going to grow.”

That business starts with a $164 million contract he signed with the Brooklyn Nets this summer and a 10-year, $275 million Nike shoe deal that assumes his continued superstardom. With those two alone, he will earn more than $70 million this season without suiting up for a single game. Durant’s goal is to turn that income into assets at a scale few athletes not named Jordan or LeBron have attempted.

Brooklyn is Durant’s fourth career stop. He was originally drafted by the Seattle SuperSonics, which soon moved the franchise to Oklahoma City, where he became a superstar playing for the Thunder. In the Bay Area, when he decamped to the Golden State Warriors, he became a champion, a lightning rod—many fans cynically viewed him as jumping onto the Stephen Curry juggernaut that was already minting titles—and an entrepreneur.

In choosing Brooklyn, he seeks to redefine all three aspects. Can the superstar come back from a devastating public injury to dominate the league again? Can he win a championship with a team-centered on him? (He’s already flexed new muscles there, eschewing the high-profile New York Knicks, a pairing seemingly preordained, for the upstart Nets.) And can he translate his Silicon Valley lessons to the world capital of capital as well as of media and fashion. “Walking around New York,” Durant says, “there is so much greatness, hard work and determination.”