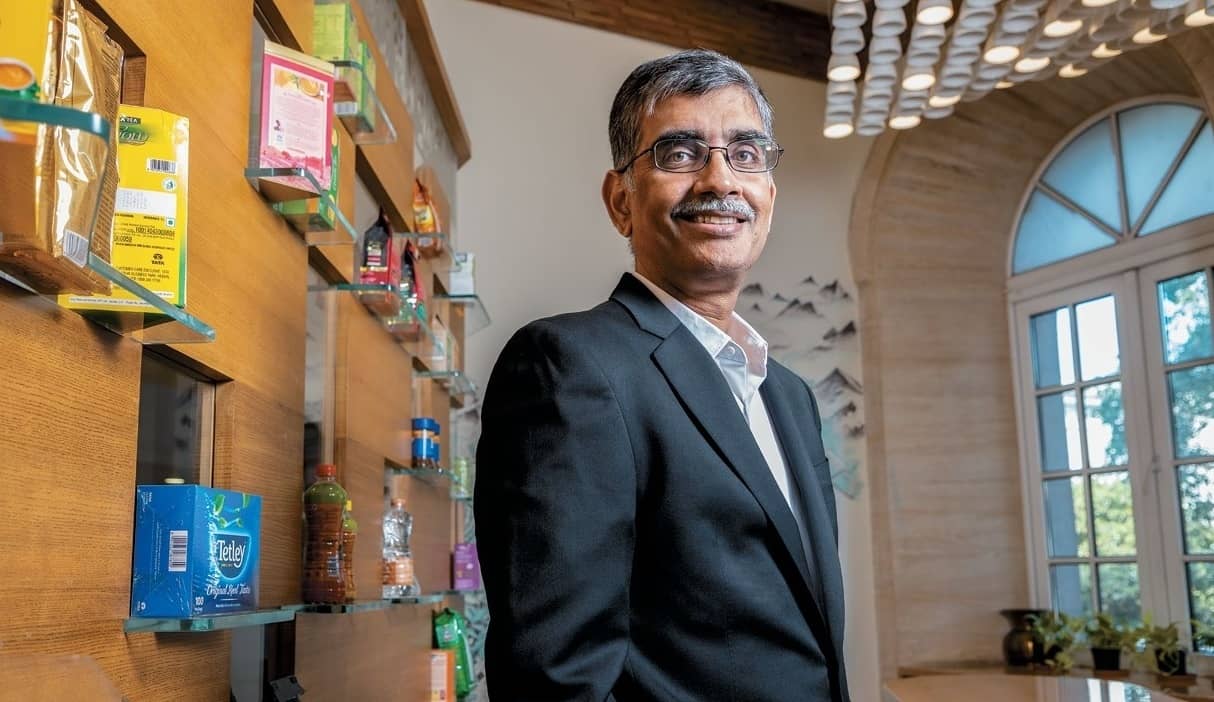 Why are we not in the top echelons of Indian consumer businesses, was a question that resounded often within the hallowed walls of Bombay House, the headquarters of Tata Sons. The 152-year-old business house had some of the biggest consumer brands in the country across sectors—from automobiles and jewellery to consumer durables and beverages. Over the years it had shown the capability to invest in any business it wanted to. And a competent set of managers ran these businesses. Despite this, Tata Sons found itself cut off from the 50 times earnings multiples that Indian consumer companies commanded.

The closest it had come to a consumer business was with a company that has recently been christened Tata Consumer Products (TCP). It had a solid tea and coffee franchise—Tata Tea, Tata Coffee—as well as a premium product in Himalaya water. The global portfolio included Tetley Tea and Eight O’Clock Coffee.

But partly on account of the price it paid for acquiring Tetley and the way its business was structured in India, its return ratios were uninspiring for fund managers to consider buying the stock. Return on equity stood at 6 percent in the year ended March 2020, compared to 86 percent for Hindustan Unilever (HUL) and 35 percent for homegrown Marico.

Operating margins were in the high teens and decadal growth rates for sales and profits were 5 and 4 percent respectively. (Voltas, another group company in the consumer durable space, also had an indifferent decade, with profits growing at 4 percent a year.) For much of the last 10 years, the market has priced it at between 15 and 20 times earnings. In short, it was hardly the premium valuation that a top business house would be happy with.

Meanwhile, between 2015 and 2020, Sunil D’Souza (53) was scripting a success story with the India operations of Whirlpool. He had an impressive résumé—he’d worked in HUL, Coca-Cola and PepsiCo in India and Southeast Asia—and industry watchers liked what he had done with Whirlpool; profits rose by 17 percent a year and revenues 13 percent.

Rahul Rathi, who runs Purnartha Investment Advisors, has known D’Souza from his time at Whirlpool. What impressed him was that the company was able to get into a negative working capital cycle for what are essentially commodity products—refrigerators, washing machines and air conditioners. This resulted in the market giving it an earnings multiple of 58 times, a rarity in this business. According to Rathi, this growth mindset often comes from the leader at the top.

With a successful stint at Whirlpool, the opportunity to write a new script at TCP was a logical challenge for D’Souza to take up. He was promised a free hand. Once the plan was in place, he was to make a presentation to the board and would be given the freedom to execute. “That was a challenge that I couldn’t refuse,” says D’Souza, who took over as MD and CEO of TCP on April 4, when the country was under lockdown. More recently, news that Tata Sons may be in the running for a stake in BigBasket shows that the group is serious about beefing up its presence in consumer businesses. Tata Sons declined to comment.