Deal Man In The Stans 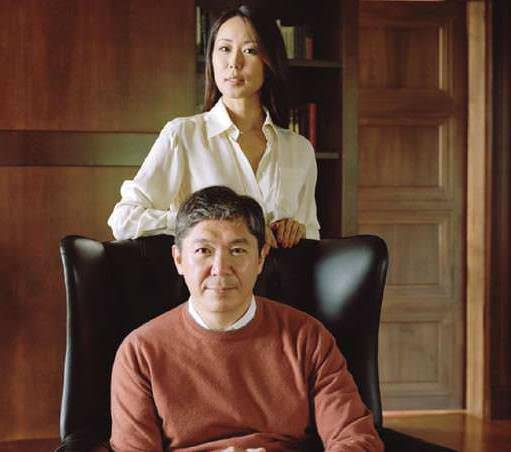 From the second-floor balcony of his spacious hillside home in Almaty, Kazakhstan, Aidan Karibzhanov takes stock of his sprawling empire, which stretches over some of the world’s most resource-rich and politically challenging territory. He looks out at the high-rise headquarters his Visor Holding investment firm shares with the Ritz-Carlton hotel. To the southwest, beyond the snowcapped Trans-Ili Alatau mountains, Visor owns Kyrgyzstan’s top grocery chain, and Karibzhanov has invested more than $200 million in that country’s second-largest gold mine. Closer to home, Visor owns a cement plant and an oil company in Karibzhanov’s native Kazakhstan.

In the past decade, Karibzhanov, 43, has emerged as an investing power in a region ripe with both potential and peril. He’s focused his efforts on the five roughand-tumble former Soviet republics known collectively as the Stans: Kazakhstan, Kyrgyzstan, Tajikistan, Turkmenistan, and Uzbekistan. The Stans may be home to only 68 million people, but they sit on about 2 percent of the world’s oil reserves, 11 percent of its natural gas, and 14 percent of its uranium. And they grew at the China-like annual pace of 8.1 percent from 2001, when Karibzhanov founded Visor, through 2014, according to the European Bank for Reconstruction and Development.

“Visor Holding is absolutely a key player in the region,” says Ian McCall, a money manager at Geneva-based emerging-markets investor Quesnell Capital. “The firm showed the biggest breadth and number of deals to us, whether it was in mining or oil and gas.”

In a part of the world where the rule of law can be subject to the whims of rulers, Karibzhanov fights many of his battles not in the marketplace but in court. In Uzbekistan, he sued the government of President Islam Karimov after it took control of an Uzbek plant in Visor’s four-country cement empire in 2012. Two executives there are still in jail. “It was a treacherous act to take away our assets,” he says.

Visor, with $500 million under management, is one of the few private equity firms operating in the Stans. Visor Capital, its investment-banking unit, is licensed by the U.K. Financial Conduct Authority to trade securities in London. In 2012, Visor Capital was among the managers of the London initial public offering of Kazakh mobile-phone company Kcell, a unit of Sweden’s TeliaSonera. TeliaSonera raised $525 million in the offering.

Karibzhanov, who grew up in Soviet-era Kazakhstan, understands the relationships investors need to navigate countries where presidents are overthrown and allegiances change overnight. In the 19th century, Central Asia was the site of the Great Game, which pitted Britain against Russia in a quest for trade routes to the East along the Silk Road. Flung into independence after the Soviet Union collapsed in 1991, the Stans have emerged as a new Great Game, in which Russia, the U.S., China, and large European economies are vying for access to the area’s natural resources and growing consumer base.

Companies have piled into the region. Exxon Mobil, Eni, and Royal Dutch Shell have spent more than $48 billion collectively developing oil in the Kazakh part of the Caspian Sea. Last year, China National Petroleum began gas shipments through the third leg of a 1,830kilometer (1,140-mile) pipeline that starts in Turkmenistan and runs through Uzbekistan and Kazakhstan to northwestern China.