The rest is Istria

Regular readers of Sailing Today will recall that Captain Barry and I had sailed Bella Rosa, our Oyster 545, along the Mediterranean to Sicily, and then on to the Ionian Islands, before turning up the Adriatic to Albania and Montenegro. We had headed home to the UK for a break but now returned to the port of Kotor in northern Montenegro, eager to resume our summer adventure by sailing north to Croatia before finishing in Venice.

From the port of Kotor, after purchasing supplies, we motored into the sun at 7 pm. Behind us, the peaks bathed in a lavender glow and we headed to the nearest customs port, at Tivat, for Barry to check out. Upon arrival in July, our clearing agent had arranged our cruising permit and said we could check out from any port after we had returned, with no need for another permit. I stayed on board for over an hour before Barry returned – having been told that our cruising permit had expired while we were in London, and we were in trouble because we had used the boat for more than three miles.

Incredibly appalling behaviour by the ‘Bella Rosas’! We pleaded for our fine so we could get sailing, but no chance. We were told to stay the night and visit Kotor customs between 8 am and 10 am. 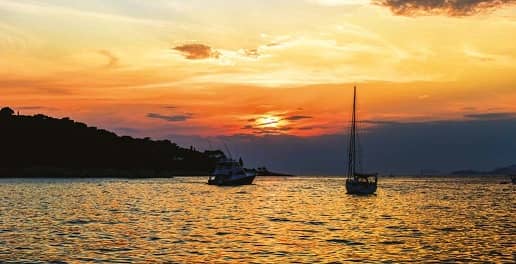 Dejected, we returned to the marina at 11 pm and struggled to tie up to the pontoon in the dark. We arrived at the harbourmaster’s office in Kotor at 8 am sharp and we were issued a €100 fine and €20 for the 24-hour ‘vignette’. After the customs official and police had inspected the yacht, we were free to leave – and the Montenegrins considered the Albanians awkward!

After five hours of dead-calm conditions, averaging 6kt, we dropped the anchor at Cavtat in Croatia and, with the help of an agent, we tied up to the wall. The harbourmaster had closed at 3 pm and so customs issued a 24-hour permit that allowed us to anchor in a nearby bay and then return at 7 am to collect the cruising permit. With a depth of 18m in the bay, it became an easy decision to leave the overcrowded yachts at anchor, and head around the headland to the quieter side.

The next morning, we sailed off into the sunrise, and by 9.30 am had arrived at Dubrovnik, an attractive old town encircled by grand stone walls, paved with limestone, but filled with tourists. The chaos at the harbour entrance caused by the overbearing cruise ships forced us to anchor at a deserted bay that we’d already passed by. Suddenly a flotilla of boats arrived and anchored either side of us. Dubrovnik’s restaurants appeared to cater to the masses – bland food served to more people than they could cope with, and a charge of €27 to walk the wall! ‘Not on your life’, I said, ‘not with those queues’. Instead, we circled the city by dinghy, minding the tour groups of people splashing around in kayaks, and sensibly beating the crowds on foot. 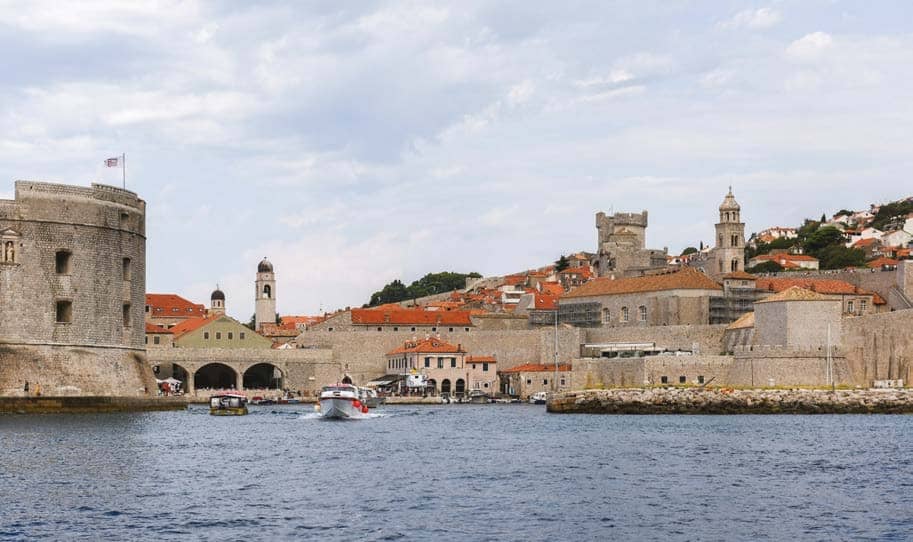 Happy to be back on the yacht, we headed north to Beach Sunj in Lopud, and away from the cluster of yachts at anchor. We settled closer to the entrance port side and decided to stay for a couple of days. The heat was stifling in the high-30s, but the sea, still with a tinge of green, was a cool 24 degrees. Tourist boats poured in, yachts huddled together at anchor, hardly a boat width between them – a bazaar of entertainment, and safety in numbers.

We left Sunj early in the morning, on a beat for an hour towards Otok Mljet before the wind died. Finally, we discovered a spacious anchorage at Luka Polace, west of the island. A long inlet permitted boats to spread out from each other, tied up against the rocks. The aquamarine water had patches of turquoise, as sparkling as crystal. The mud at the bottom of the bay made for excellent holding and all-round shelter. 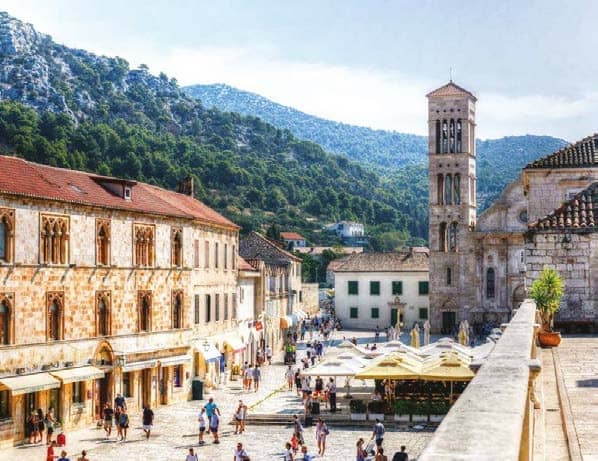 After a pizza lunch at Luka Polace (how would these resorts cope if pizza had never been invented?), we sailed to Lastovo Island. At the end of a bustling mini-marina, the Konoba Porto Rosso provided mostly fresh seafood. At long last, decent food worth its weight...