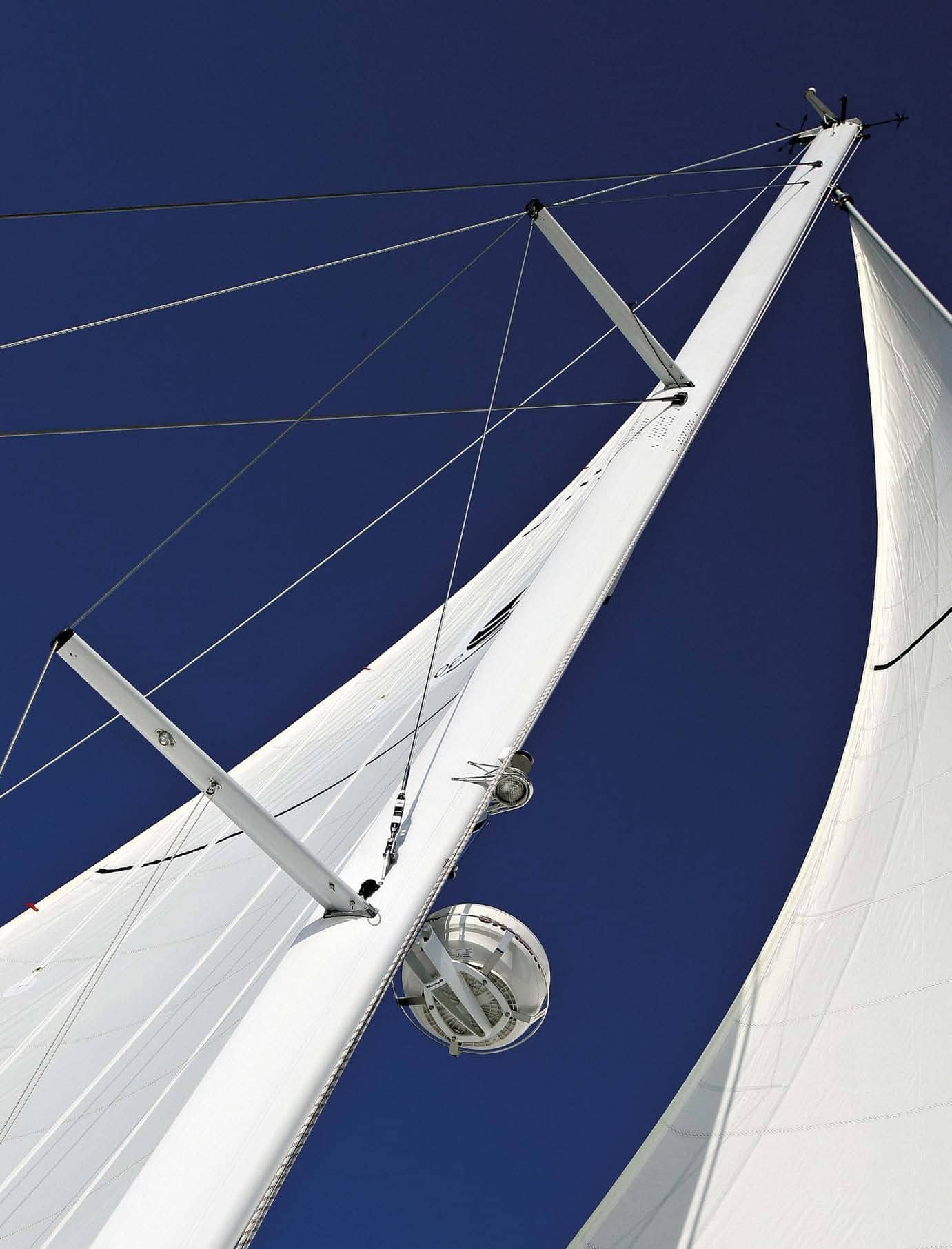 Racing yachts and cruisers place different demands on their standing rigging, yet, there’s much that each camp can learn from the other. Rupert Holmes reports on the latest developments

Rupert Holmes
While owners of cruising yachts generally aim to look after their boats as well as possible, in my experience some are unduly lax about setting up standing rigging with sufficient tension. If the shrouds flop around on the lee side when beating, they are too loose, which can lead to accentuated peak loads, especially when falling off a wave. Accurate tensioning is also particularly important to correctly support the mast of yachts with multiple swept-back spreaders.

On the other hand, some inshore racers have a reputation for being on the cavalier side regarding safety. Nevertheless, given that boat speed and pointing ability depend on good rig set up, they are likely to have this element properly sorted. In addition, successful racing teams tend to be very risk-averse in terms of any kind of failure onboard. This makes sense given the kind of minor failure that might see a cruiser spend five minutes hove to while making a quick repair can mean the difference between a podium finish and a mid-fleet result.

Those who race the longest distances are often the most scrupulous about the reliability and resilience of their vessels. As well as being pushed much harder, some of these craft cover considerable distances. Richard Palmer’s 33ft JPK10.10 Jangada, for instance, sailed 11,500 miles last season, 7,400 of them while racing. That’s a more punishing schedule than all but a tiny percentage of yachts that complete circumnavigations.

Equally, many regular competitors in domestic JOG and RORC offshore races notch up 3-5,000 miles in a season. Sailing these kinds of distances, especially when driving a boat hard, can be extraordinarily punishing. As a result these boats tend to be set up, maintained and serviced in an absolutely fastidious manner.

This includes sending someone up the mast for a full rig check at the end of every offshore passage. Regular mast-down rig inspections are also important, including cleaning up all components to check for cracks, using a solvent such as white spirit, followed by inspection using a magnifying glass. Hairline cracks will often show as a dark mark that cannot be properly cleaned.

On Zest, my partner’s 36ft Rob Humphreys design, this process revealed a hair-line crack at the root of one of the spreaders. At the time the entire rig was only three years old, although it had covered some 16,000 miles, more than a quarter of it racing on legs of over 1,000 miles.

In all cases it’s end fittings or the point at which a wire enters a swage, that are most at risk of failure. These elements should therefore be examined particularly carefully, including the sockets for T-ball fittings. On re-assembly, everything can be properly lubed or greased as well, which helps to ensure perfect articulation.

On larger boats it’s feasible to get terminals dye tested to check for microscopic cracks, though this tends not to be economic on boats under around 45ft, where it can be cheaper to simply replace the fitting as a precaution.

At the very highest end of the racing scene fibre standing rigging, now generally made of carbon, is now commonplace – and today is increasingly seen even on boats under 40ft. The technology behind this is well proven and fibre rigging can be extremely robust and there are numerous boats that have competed multiple successful circumnavigations, or high-latitude cruises, collectively covering millions of miles at sea.

Future Fibres’ Razr single strand carbon standing rigging is a long-running product with a small diameter that reduces weight aloft and minimises drag. However, it’s more prone to damage than the multistrand ECsix product and therefore has tended to be used only for very high-end inshore racers such as TP52s and Mini Maxis.