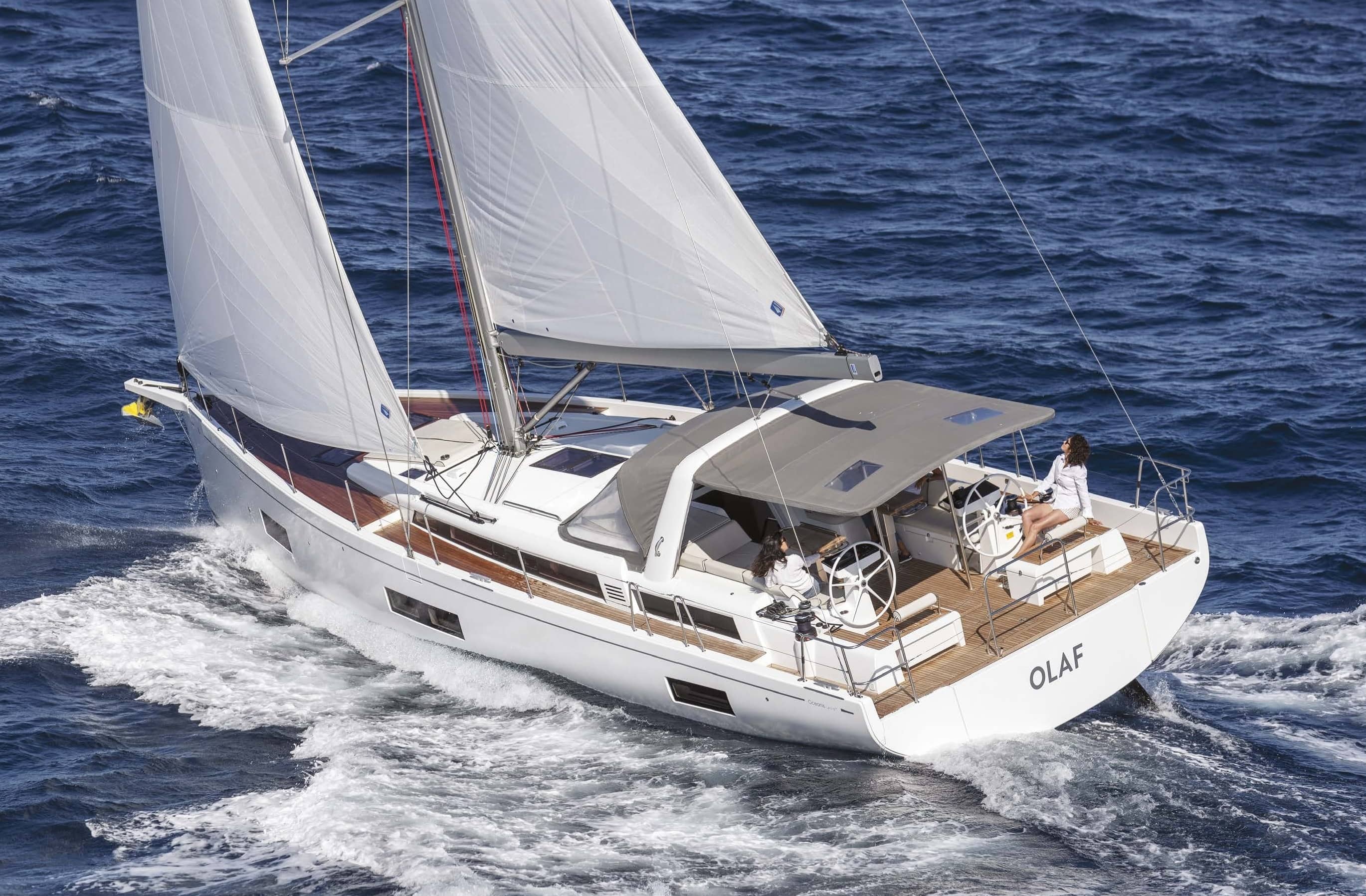 Beneteau has taken the hull of its sporty First 53 and repackaged it to create the luxurious Oceanis Yacht 54. Sam Jefferson evaluates whether the metamorphosis has been a success

Make no mistake, Beneteau are no mugs. There is a reason that they have been the biggest manufacturer of yachts over the past three decades and more, and that’s because they are shrewd enough to look at the bottom line and understand exactly what is required to turn a profit in the notoriously choppy waters of the boatbuilding trade. This is perhaps why I raised an eyebrow when they launched the somewhat flamboyant Beneteau First 53 last year; a boat that was all style, flair and panache. In all honesty it was a boat that seemed designed more as a glorious ‘screw you’ to Solaris Yachts and other manufacturers in that niche than a serious money maker. Yet, I might have known that Beneteau had a further trick up its sleeve and this was confirmed when it launched the Beneteau Oceanis Yacht 54. Another new yacht? I thought. Well, not exactly. True, the deck is entirely new, but the hull looked strangely familiar and that is because it comes directly from the Beneteau First 53. Yes, this is the more grown-up version of the boat. The new deck mould means it is at least halfway to being a new boat and there are other refinements, demonstrating that this is a yacht with pretensions of being much more of a serious cruising yacht.

More on that as we go along, but let’s start with what is the same – the hull: the lines have been penned by Italian designer Roberto Biscontini, who devoted many years of his career to working on America’s Cup yachts such as Il Moro di Venezia. He won a design competition and the First 53 was born, and that in turn has provided the hull for the Oceanis Yacht 54. Doubtless this was part of Biscontini’s design brief in the first place. The lines are, in their own way, fairly conservative. This is a yacht that boasts prodigious beam (16’5”) carried almost all the way aft; there is no chine and this slippery aft section is combined with moderately fine bow sections and modest freeboard.

She comes with an iron-tipped T-shaped keel with a draft of 2.5m as standard, with a shallow (1.95m) version available. The boat weighs in at 16,600kg, which makes her 1,100kg heavier than the First 53. The mast stepped rig is big but has been significantly reduced compared to her sportier sister. Perhaps the need to convert the hull of the 53 into a slightly more conservative 54 explains why the styling is not as aggressive as some of her direct competitors; there is a plumb bow rather than the dreadnought bow favoured by some manufacturers in this category. 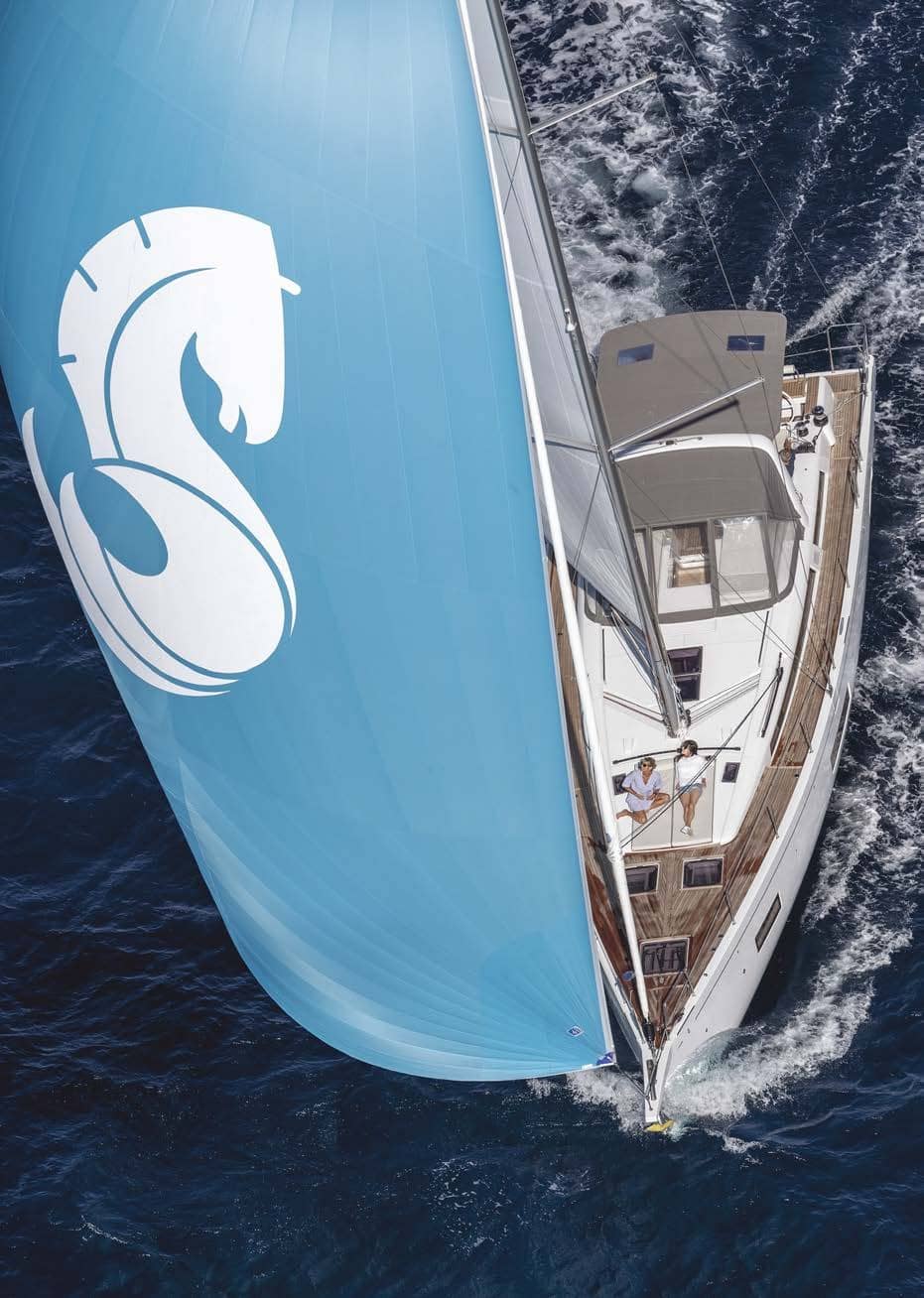 As previously mentioned, it is the deck and coachroof on this yacht that are totally new and that is reflected in the profile of the boat. The new coachroof is a touch higher and more angular than on the 53, while the addition of an arch over the cockpit - which is the fixing point for the mainsheet - gives the boat a distinct air of being a fast cruiser as opposed to having serious pretensions of being sporty.

Nevertheless, it’s a stylish yacht which looks good on the water.