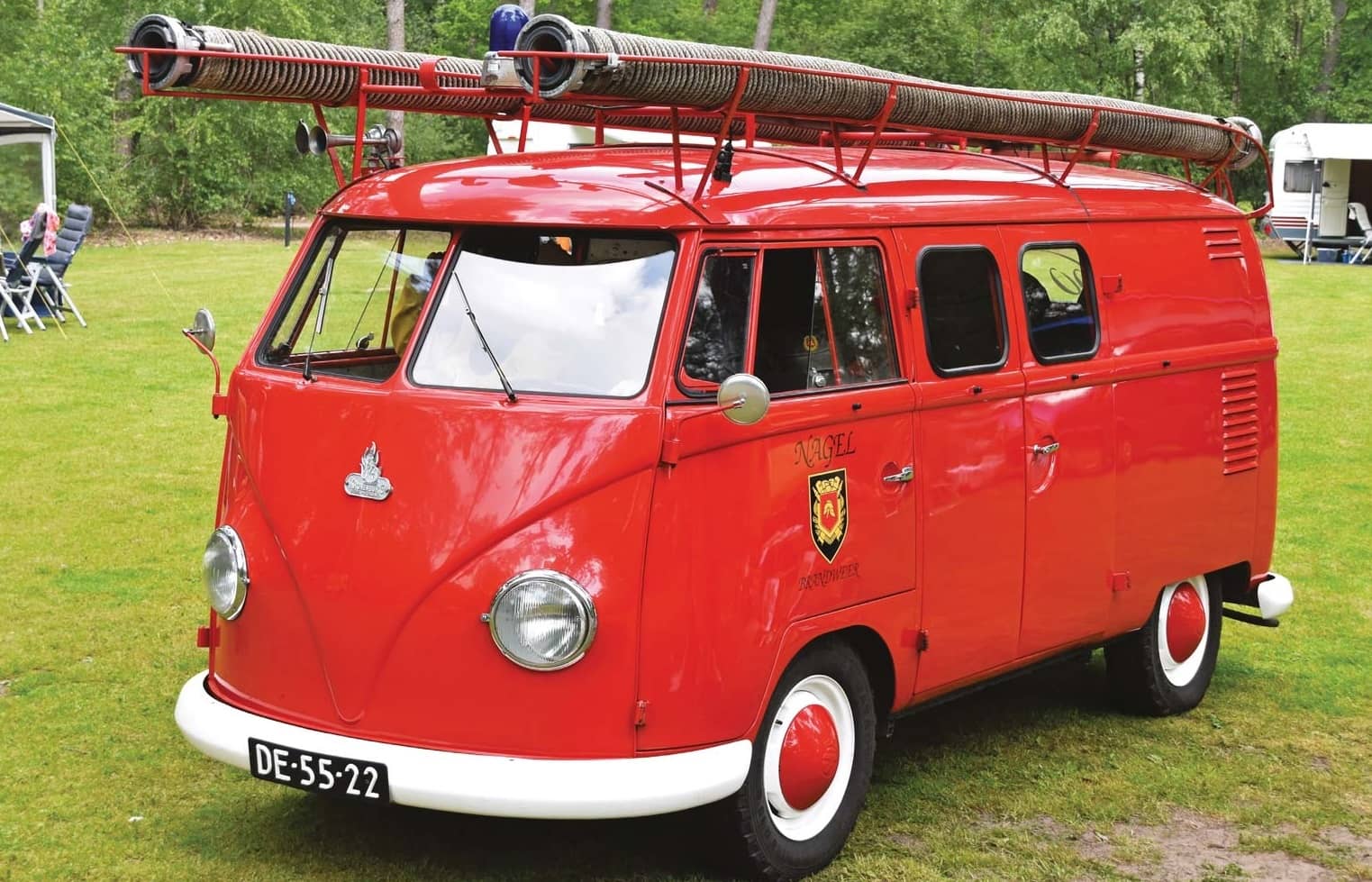 Nowadays it’s rare to come across an emergency vehicle that has not been messed with or turned into a camper. The T1 Fire Truck in this story is such a survivor and is in almost the same and original condition as it was driving around in the Netherlands from Day 1.

Kronenburg was a major player in the field of fire-fighting equipment in the Netherlands with a history dating back to 1823. What began with hand-operated fire extinguishers grew into a major manufacturer of fire engines. After a number of mergers and acquisitions the “last” owner of the brand, the Austrian company Rosenbauer, pulled the plug in 2000 and filed for bankruptcy. Although the order book was still full, Kronenburg ceased to exist, though Rosenbauer is still active as a manufacturer of fire trucks. Kronenburg first introduced its range of fire trucks based on the VW T1 in 1953, under the name “Triomph”. Double load door Panel Vans were used; painted in L53Siegelrot they were fitted with blue rotating lights and a roof rack to carry ladders and water suction hoses. They all carried a distinctive Kronenburg logo on the nose instead of the well-known VW roundel. There were three variations: The Triomph PM designed as a personnel carrier with fire-fighting equipment in a separate trailer; the Triomph LD with low pressure VW pump motor and hoses and the Triomph HD with high pressure pump. The bus featured here is one of the Kronenburg Triomph LD models, now owned by Job Nagel from Roermond in the Netherlands. 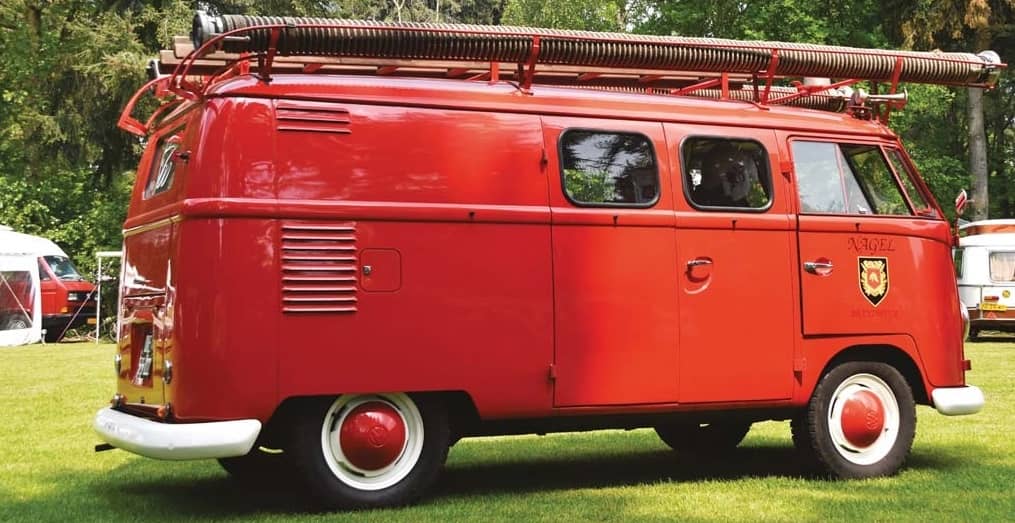