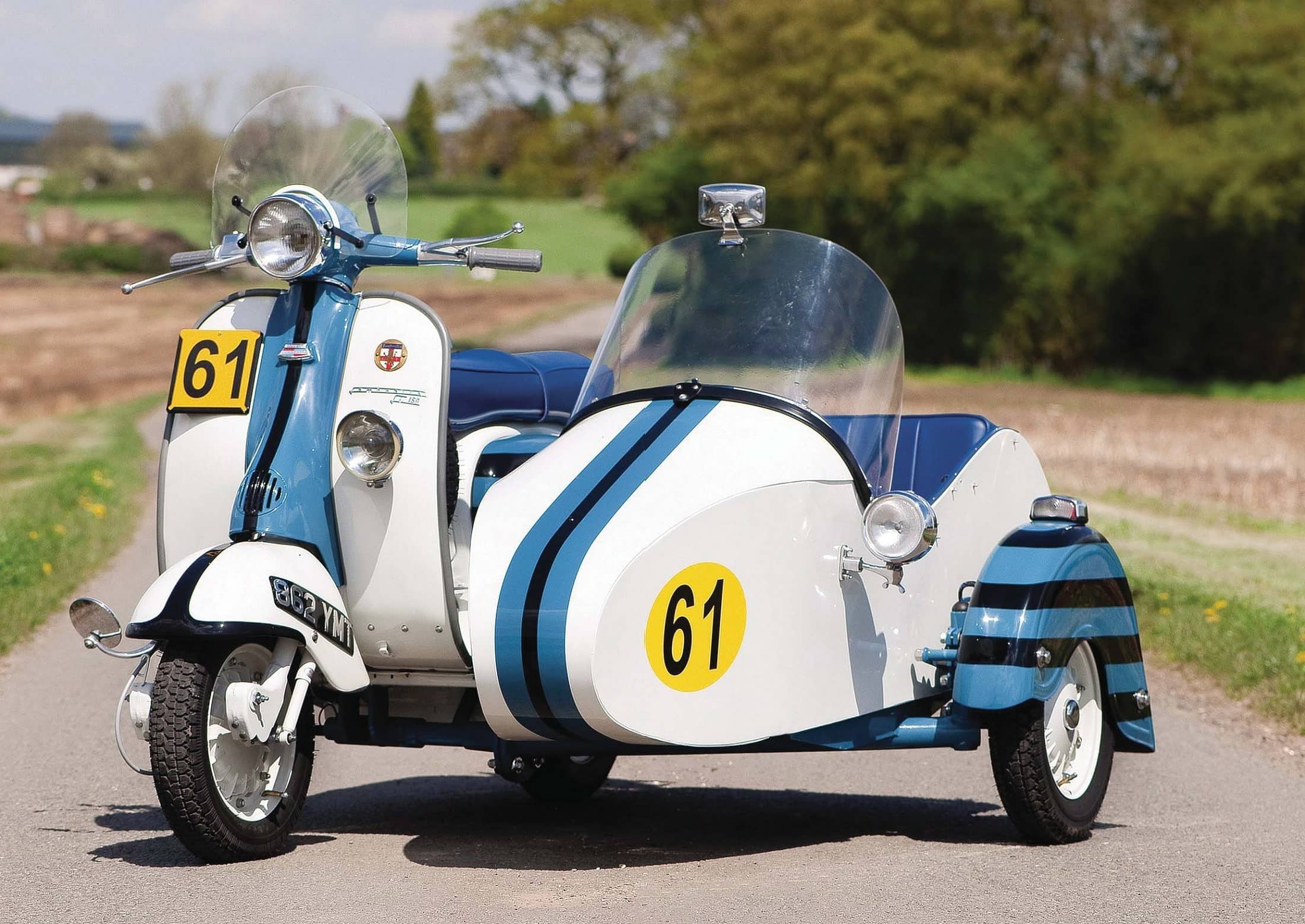 Bolting a cumbersome sidecar and unwieldy chassis may not be the most obvious of choices for a performance machine, but for many it was the conversion of option for track-oriented action without sacrificing family friendly practicality.

Britain in the mid 1950s was a very different time transportation wise. Only recently beginning to emerge from wartime austerity, the days of multiple vehicle ownership within a family was a distant fantasy. Commuting was a very local affair, with the humble bicycle steadfastly providing ample service for the majority of people lucky enough to trade up from wearing their shoe leather thin.

As money became more available, so did the products on which to spend it on. Motor cars were expensive luxury items, so what about a nice motorbike or, better still, for the aspiring middle classes, a clean, safe motor scooter? Plenty of people took up the option and as the solo rider’s life developed, their machine could too, with the addition of a sidecar for extra passenger and luggage carrying capacity.

Dealers were only too happy to encourage the sales of extra products, with the likes of Andre Baldet embarking on epic endurance feats aboard a number of standard and more modified Vespas, even competing against the legendary bon viveur and semi works rider Mike Karslake on his Concessionaire-backed Lambretta Series 2 TV 200 combination.

Taking inspiration from these scooter riding legends, many Privateer and Club racers competed in the sidecar classes with street-based ‘outfits’, before the handling benefits of stripped-down bespoke ‘kneelers’ were explored. Amongst the most popular events were those held at the Isle of Mann scooter week with sidecar categories for navigational trials, circuit racing and hill climbs taking place on both on- and off-road tracks, sand racing and gymkhana events, but there were a host of other events to take part in across the country as single day events or longer endurance trials. 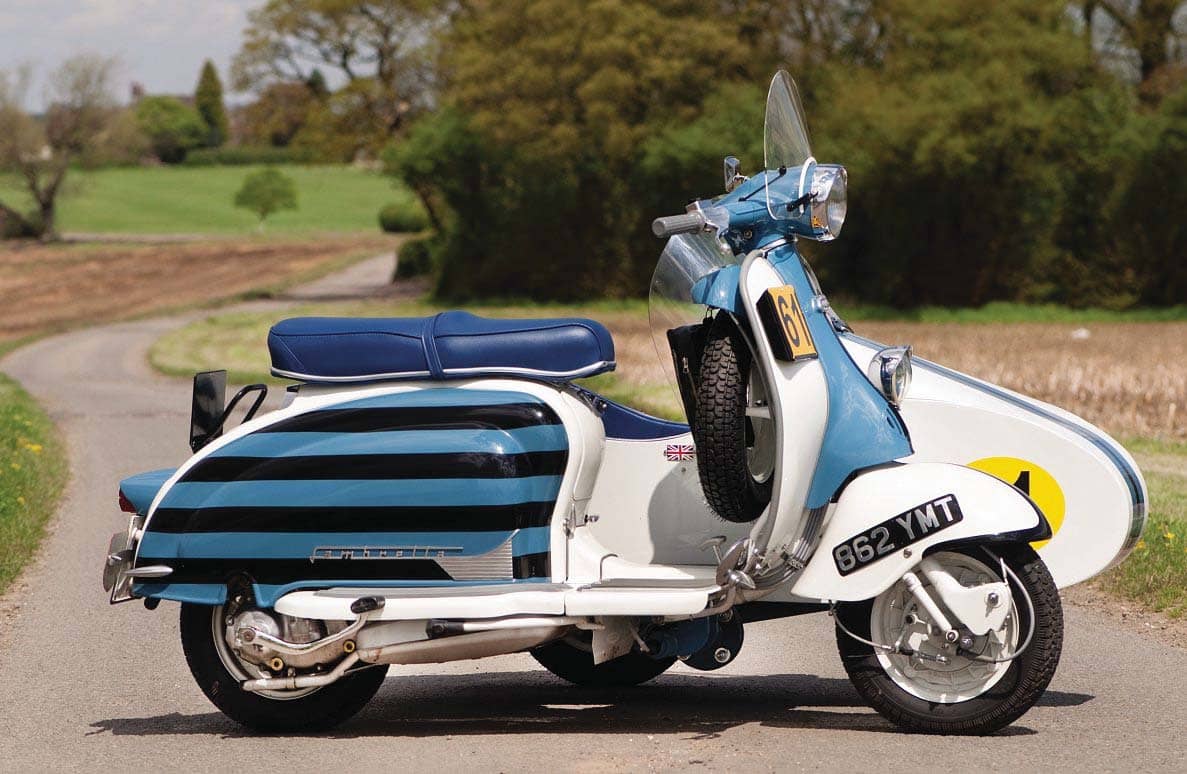 Sporting events became so well attended that they attracted the attention of manufacturers, importers and specialised dealers alike. Dealers having noted the marketing possibilities of the old mantra, ‘Win on Sunday, sell on Monday’, were quick off the mark in offering modifications and even complete machines. Factories and concessionaires though, weren’t to be left out of the equation, their added resources resulting in some outlandish creations. A more down-to-earth, yet very desirable option was offered by Britain’s Lambretta importers named the ‘Rallymaster’.