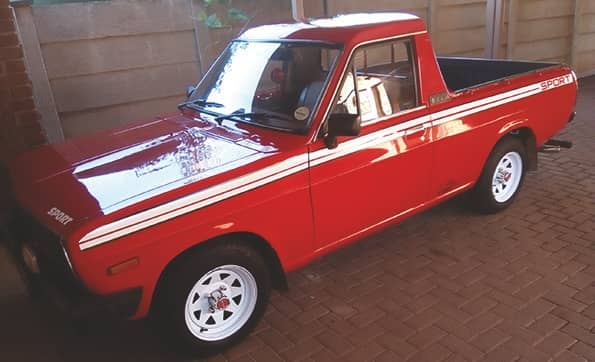 Yster is a 1990 model Nissan 1400 and has been in our family since 1996. My father, Chris Henning, used the car as a daily driver and for carrying loads. We were amazed at the workload that Yster could actually manage for such a small bakkie.

My father died of cancer in 2015 at the age of 80. A year before he died he called me to his room and told me that Yster was mine and that I should restore him and keep him going. He knew I was very fond of the car as I had grown up with it. I learnt how to drive in this car and obtained my driver’s licence in 2007. With tears in his eyes he said that I am to look after the car and as well as my mother after he had passed away.

I immediately started work on the car. The car used quite a bit of oil at that stage and smoked a lot so I pulled the engine with the help of a very good friend of mine. I bought all the parts from C&F Motor Spares in Bloemfontein. This included oil rings, bearings, water pump, oil pump, fuel pump, gaskets, points, condenser, distributor and a new carb.