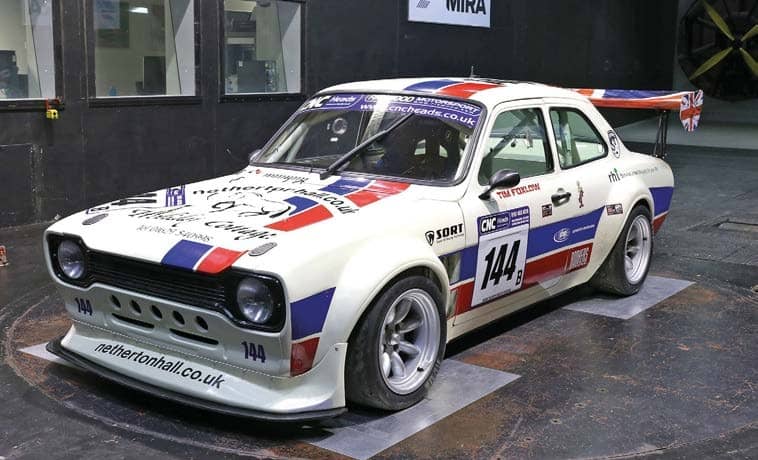 Tim Foxlow’s Escort RSR runs with 2.5-litre Duratec power in a Saloon and Sportscar championship in northern England and Wales. Originally manufactured by SHP Preparations, this example is beautifully prepared by Chris Mellors and team at MEM Motorsport (a company renowned for top-flight rally builds, including the Proton IRIZ R5 WRCar).

Our initial wind tunnel run revealed that not only did the car have a rear-biased downforce balance, as driver feedback and visual impressions suggested, but it also had significant positive lift at the front. We saw in our last two issues that we were able to obtain a good downforce balance primarily with lots of attention to this front end. The starting numbers and the balanced set-up numbers obtained by this process are shown in Table 1. 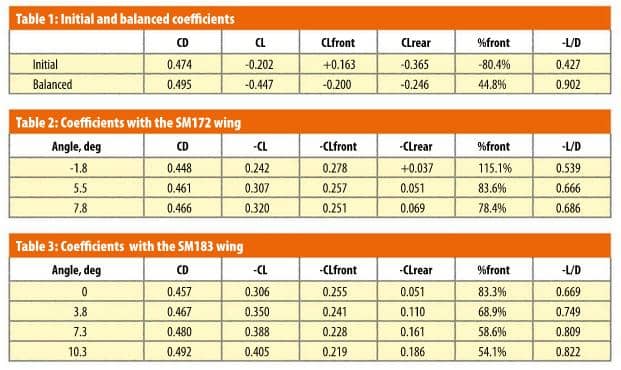 We came to this session equipped with two alternative, less potent rear wings, both of the writer’s design. One was much smaller, both less cambered but of the same span and at the same notional location on the car, because the expectation was the car was ‘over-winged’ with its well-cambered, 310mm chord device.

Reductions in the original wing’s angle didn’t make as much difference as they should have, leading to suspicion that the wing was probably stalling across its centre section at all angles tested, as explained in our April issue. As it happened, after seeing the baseline run results, we changed our approach to focussing initially on reducing the front lift to obtain a reasonable balance. This inevitably created a stronger front end for our two less potent wings to try to balance, but nevertheless the data gathered enabled some other, better balanced set-ups to be worked out.