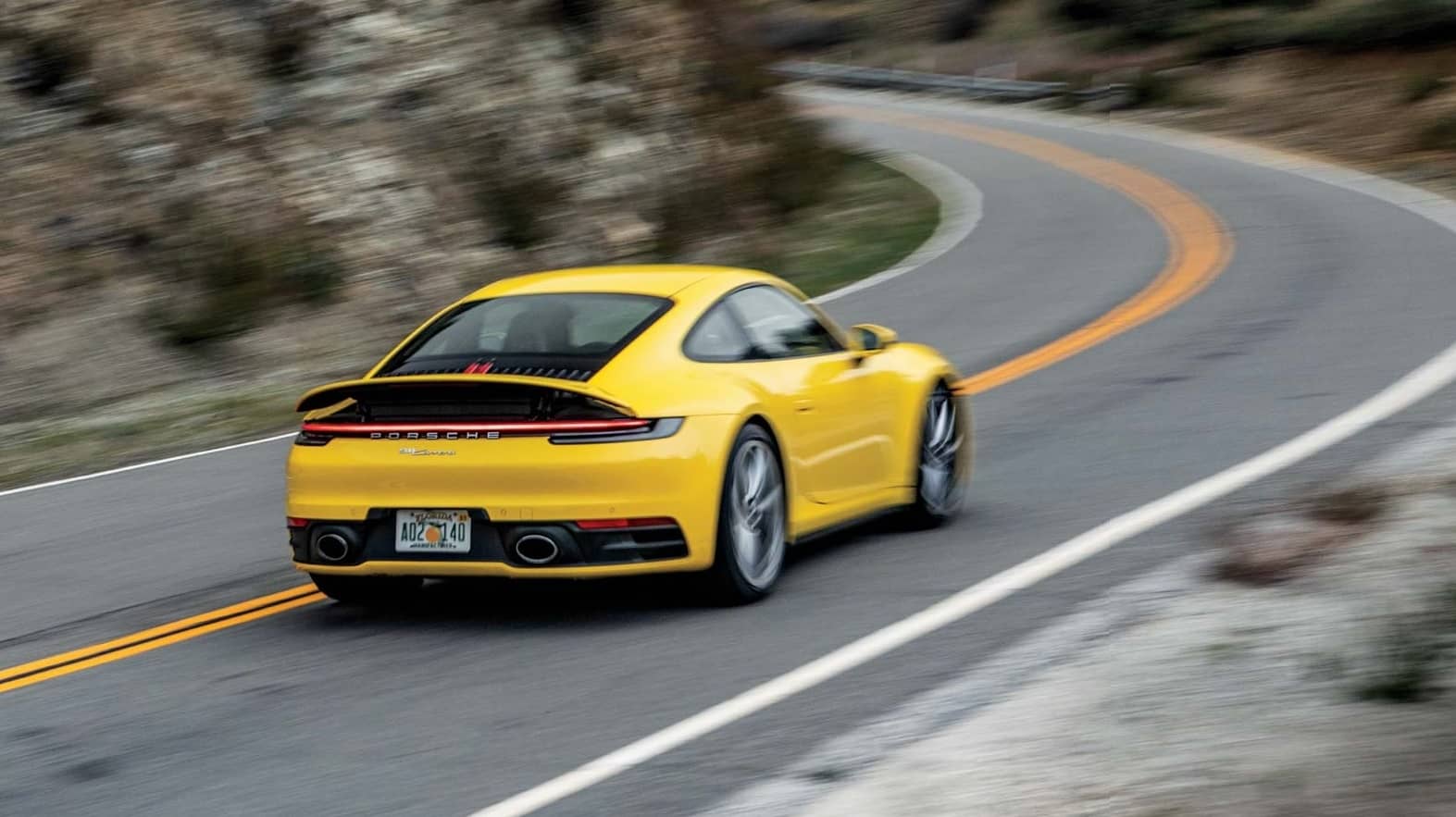 The “entry-level” 992 911 Carrera is every bit the well-rounded sports car you dreamed it would be.

As my garage door went up and the morning light bathed the car’s taut and cohesive curves, I said to myself, “This would never get old.” Instead of hopping right into the 2020 Porsche 911 Carrera, I paused to reflect on how simple, restrained, and unmistakable the Carrera coupe’s form is—yet how much thought and work went into its shape.

All those compound curves, one flowing into another, positive and negative spaces, and there isn’t a single flat surface. There’s no bolt-on “jewelry,” no character lines or sheet-metal creases. The whole car is a jewel and gesture in and of itself. Name another car with so few design details that look as good. There isn’t a bad angle. It’s a sculpture you can drive.

The 2020 Porsche 911 Carrera is the eighth (or 992) generation 911, and of those, we’ve now driven three variants: the Carrera S that won our 2019 Best Driver’s Car competition, the Carrera 4S for those who would benefit from all-wheel drive, and the incomprehensibly great Turbo S that rightly leaps into supercar territory.

Naturally, each has a related but distinct personality. So where does this so-called “base” 911 land in terms of character and driving experience? Say you are limited by budget to only just afford the bottom-trim 911. Is it worth it?