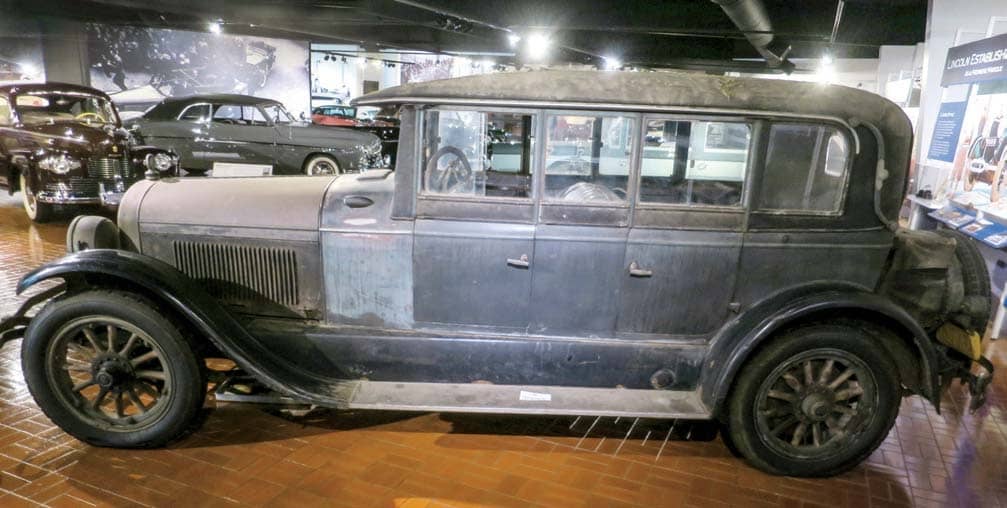 During the rollout of the 2020 Lincoln Continental Coach Door Edition, the press has fallen all over itself comparing the car to the midcentury modern JFK “suicide-door” fourth-gen Continentals. But 334,345 of those cars were mass-produced by Lincoln in Wixom, Michigan. No, the modern Continental Coach Door Edition deserves to be compared with classic Lincolns dating back to the earliest days of the brand, back when Lincoln’s catalog offered the greatest selection of custom bodies of any American manufacturer.

To bask in this history a bit, I pointed our 2020 Lincoln Continental Coach Door Edition west toward the fabulous Gilmore Car Museum near Kalamazoo, Michigan, which is home to the Lincoln Motor Car Heritage Museum. Built to resemble a 1920s Detroit dealership, it features a seated bronze statue of Abraham Lincoln, the first president young Henry Leland voted for.

On the day of my visit, there were several coach-door Lincolns on display, the oldest being a 1923 Type 123A Phaeton by Brunn & Company of Buffalo, New York—a former carriage builder. Its rear-hinged rear door is separated from the front door by a wide B-pillar.

The car features a large “California top” that could be removed (by several people) when the owner felt like catching rays. Noted Lincoln collector/benefactor Jack Passey Jr. bought this one in about this condition in 1949 and drove it to college after restoring the mechanical bits.