The Truck That Answers The Question, “Why a Dodge?”

The Truck that answers the question, “Why a Dodge?”

When it comes to trucks built in 1970, Two examples stand out: THE CHEVY C10 AND THE FORD F-100. Nobody talks about the Dodge D100, even though it’s not a bad looking truck. Sure, it doesn’t have the flair of the C10 or the ubiquity of the Ford, but it’s got tons of possibilities. All that said, the question to most truck guys is obvious: Why a Dodge?

Carl Smith from Hornbeck, Louisiana, got into the truck scene 11 years ago with the build of a ‘92 Chevrolet Silverado and quickly moved into the fabrication fi eld, gaining a job at Xtreme Machines in Leesville, Louisiana. His days now are spent lifting and lowering trucks from all over the state, and as his skills improved, so did his goals. He wanted to build a full frame for one of his personal projects, and he wasn’t picky with the type of vehicle it would sit under. 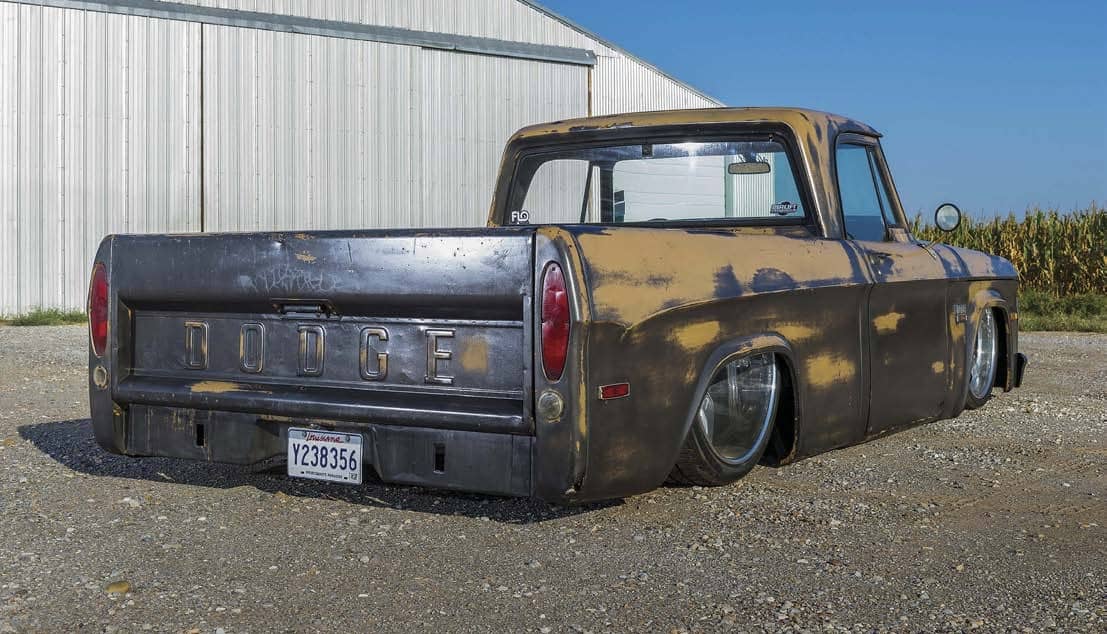 Carl knew a guy named Mike Hopkins that had a pretty sweet D100 Sweptline (that’s the name that Dodge used for its Fleetsides). It was all original, minus the motor; the truck originally came with a six-cylinder engine, but Mike put in the 365 V-8. Carl bought the truck for just $2,000 and knew that this would be the perfect project for his full-frame build. And since nobody was building trucks like these, he knew he’d stand out from the crowd. Oh, and that patina? It was perfect for the budget build he had in mind.