GET TO KNOW: The Ford Model A 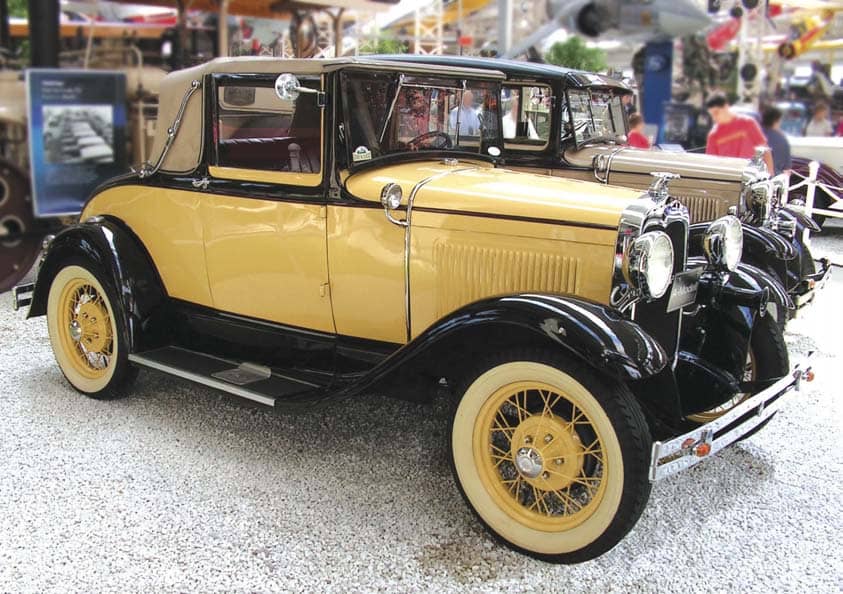 The brand-new Ford Model A was unveiled in December of 1927. It is reported as many as 25 million buyers (20% of the U.S. population) swamped Ford showrooms the first week. Eighteen passenger car body styles and over 60 commercial and truck models are offered in the 1931 catalogue. In April 1931 the 20 millionth Ford was produced. 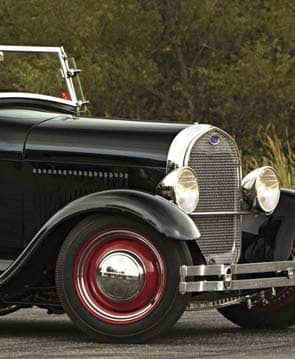 Technical improvements to the Model A (water pump, oil pump and hydraulic shock absorbers) are made over the innovative Model T. The transverse, semi-elliptical suspension continues to be used. The 2-speed planetary transmission is replaced by a modern 3-speed gear box. But since it is not synchronized, the driver must now master the double-clutching technique. This involves the driver engaging the clutch to shift the transmission into neutral before shifting to the next gear. The 40-horsepower engine is a 200.5 cubic inch 4-cylinder. A comfortable cruising speed is 40-45 miles per hour and a top speed of 65 miles per hour. 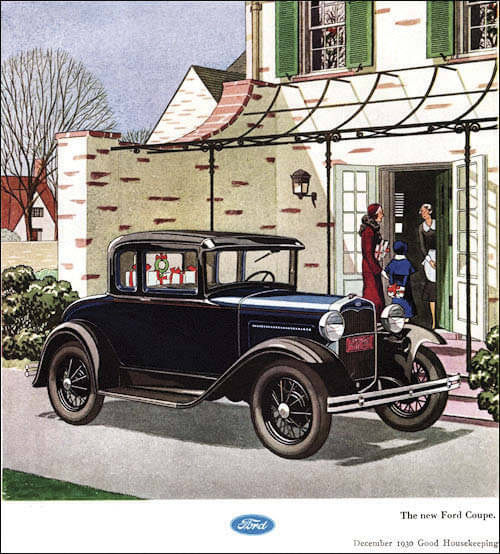 The Model A was available in many configurations including: