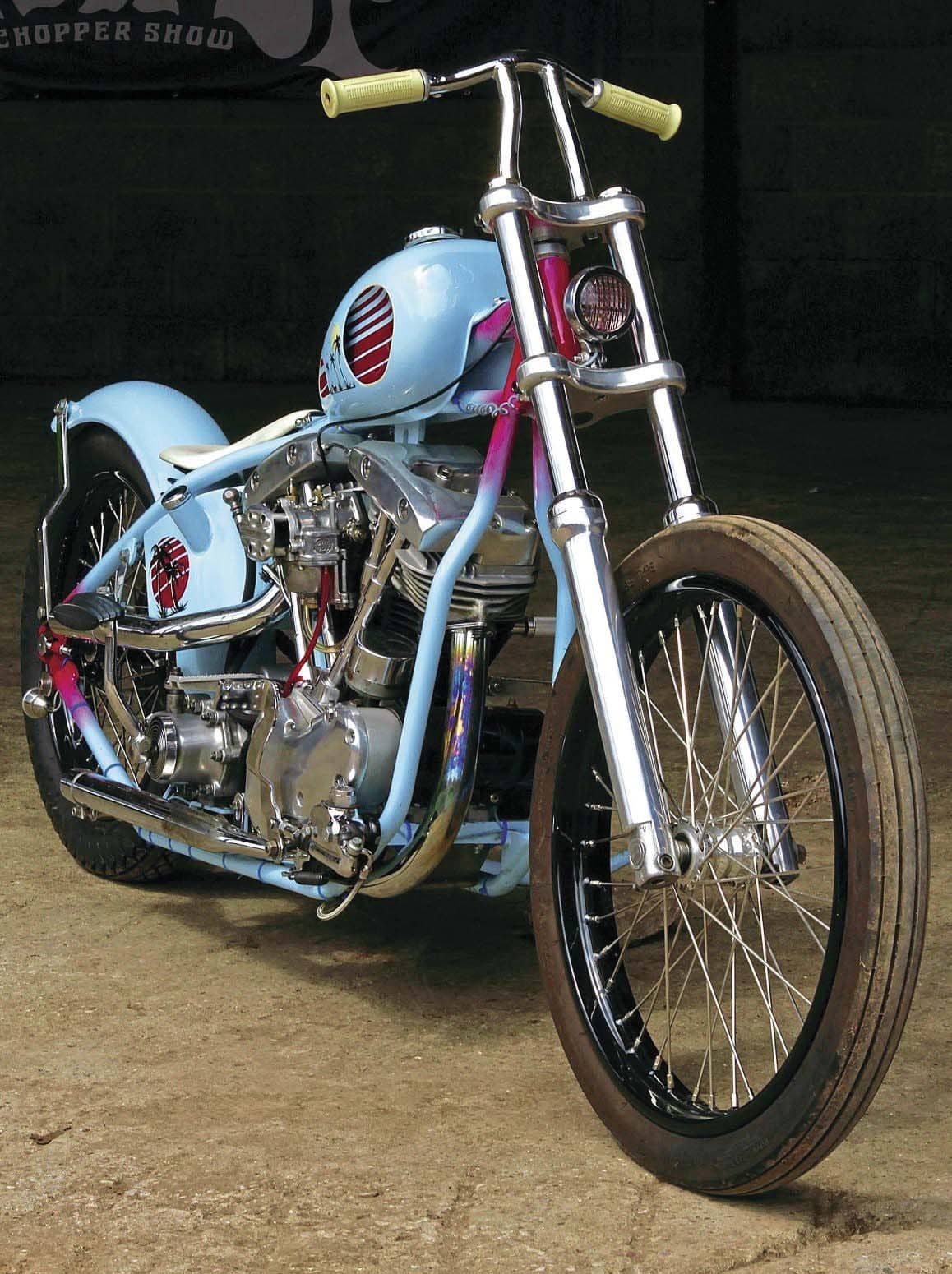 WHEN YOU’RE INVOLVED WITH SOMETHING AS ARCHETYPALLY CHOPPER AS THE EVENT CALLED THE HOOK UP, WELL, IT JUST WOULDN’T DO NOT TO HAVE A CHOPPER, WOULD IT?

This is Jay Shepherd’s chopper, based around a ’69 Generator Shovel motor… well, I say it’s his, but since these pics were taken he’s sold it on, and is now building a WR beach racer for next year. It was his when Garry photographed it a while ago, okay? 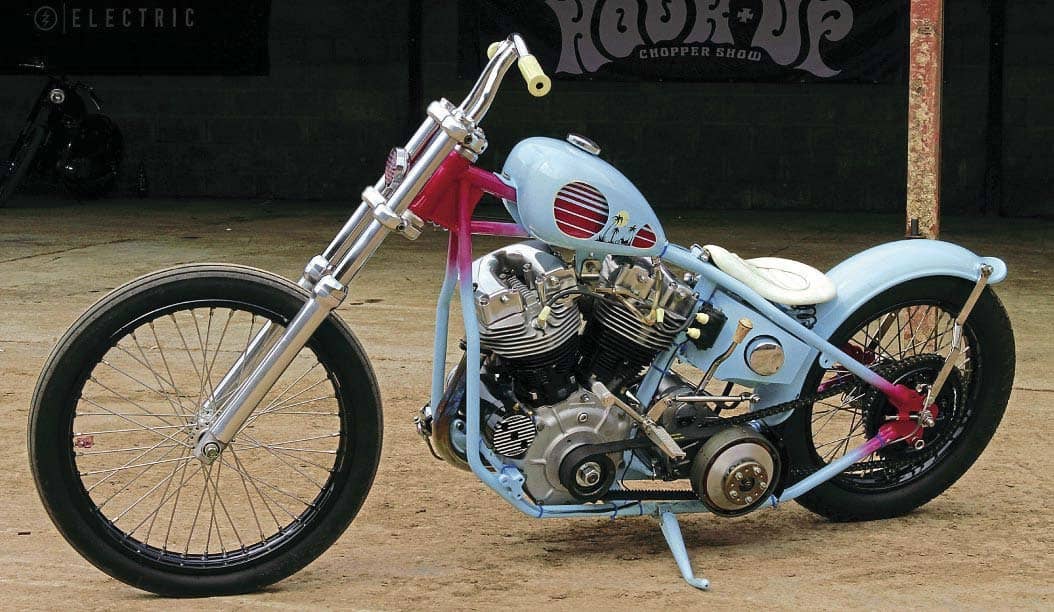 He originally built it four or five years ago, using said motor and a W&W Cycles wishbone Panhead frame, and was originally painted bright pink, and was known as The Pink Pony but, as you do, he got bored one winter, and set about pulling it down to do a few jobs, and ended up getting it repainted as you see here. 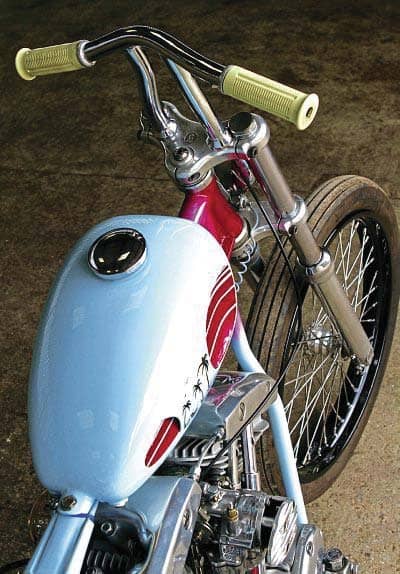 As he’s one of the guys behind what is one of the best new-skool chopper events on the calendar, he has a lot of friends/contacts who can, and have, help(ed) him with the bike, including the doyen of the retro chopper scene Vince Summers (a gentleman who’s no stranger to these pages), and he’s been a great help in sourcing parts, including the frame, and generally being there for advice and a sounding board for ideas. He’s also good mates with Chris Hatton of the wonderfully named F**k The Haters (www.f-t-h.co.uk), and a gentleman by the name of Lee Carter who’s more than a little handy with a paint gun, and with their help and knowledge it was, pretty much, a foregone conclusion that his bike was always going to be a good ’un. 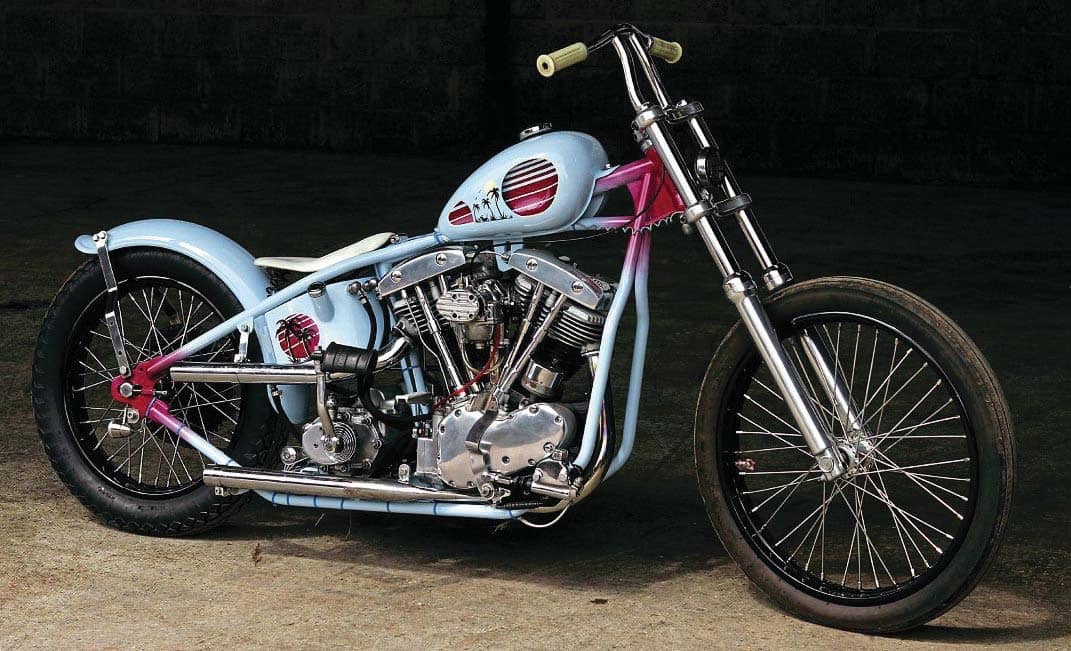